Zach Galifianakis hasn’t even been married a year, but he has another leading lady in his life.

When the bearded funnyman was just getting his start in show business in the 90s, he struck up a friendship with Elizabeth “Mimi” Haist, a woman who volunteered at a Los Angeles laundromat and depended on tips from customers, the New York Daily News reports. When Galifianakis learned two years ago that his friend had fallen on hard times and was homeless, he got her an apartment and started taking her to red carpet events.

Haist, 87, told the paper that she loves the spotlight and the parties and is preparing to go as Galifianakis’ date to the upcoming Hangover III premiere.

“I’m looking forward to it, I like the excitement of it,” Haist told the paper.

And it looks like Galifianakis’ good deeds are rubbing off on his costars.

Days after the Boston bombings, Bradley Cooper took a break from filming to visit a number of victims with New England Patriots player Julian Edelman. The two spent some time with Jeff Bauman who lost both of his legs and helped identify one of the suspects.

"Visited #survivor #stud #hero Jeffrey Bauman Jr. today," Edelman tweeted along with the photo of him, Cooper and Bauman. "He was looking great and is a true inspiration. #strong"

PHOTO GALLERY
Comedians Without Their Beards 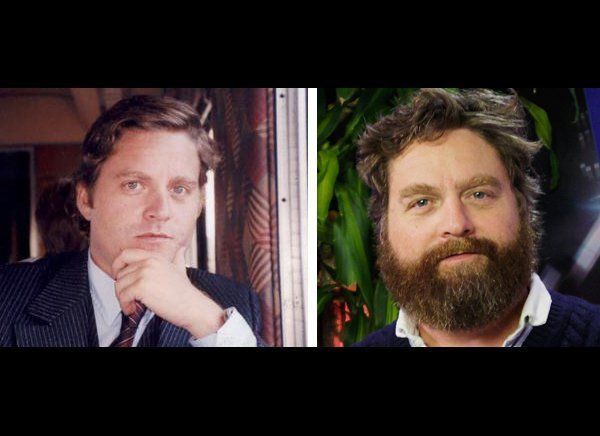 1 / 7
Zach Galifiankis
Without the famous beard, looking much more like his twin brother Seth. (Via <a href="http://www.reddit.com/r/pics/comments/q9kmd/cleanshaven_zach_galifianakis/" target="_hplink">reddit</a>)