Prominent filmmakers by now have whitewashed so many roles meant for people of color that the internet doesn’t have time to put down its digital torches and pitchforks from one film outrage before the next one goes viral.

But the latest case of cultural appropriation wades into a painful part of American history and targets a very small minority that has been struggling for decades to understand its place within the U.S.: Native Hawaiians.

When it was announced on Tuesday that Zach McGowan ― a white actor who has starred in TV hits including “Agent of S.H.I.E.L.D.” and “Shameless” ― was cast in the role of real-life Native Hawaiian hero Benehakaka Kanahele in the WWII-era drama “Niʻihau,” people online, Hawaiians especially, responded with anger.

The only resemblance I see is the #whitewashing of a film meant to be about & played by POC as done by many other Hollywood movies. #niihau pic.twitter.com/pT0CeZ6p9a

Their ire was a familiar refrain: Why must a white actor play a role meant for a person of color ― again? The announcement reminded many people of Emma Stone’s controversial casting as a part Native Hawaiian and Chinese woman in Cameron Crowe’s “Aloha.”

“In movies and television, you get everyone except us ― everyone but us portraying us,” Anne Keala Kelly, a Native Hawaiian filmmaker, told HuffPost. “It’s a total exploitation of an actual historical event about an actual Hawaiian person.”

Kelly says this issue cuts deep for Native Hawaiians who are still reeling from the illegal overthrow of the Hawaiian Kingdom led by a group of American businessmen in 1893 ― a controversial event that opened the door for the Hawaiian islands’ annexation and eventual statehood in 1959.

Kelly published a documentary about these events in her 2008 film, “Noho Hewa.”

During Hawaii’s annexation and eventual path to statehood, there was an increase in Western presence in the islands that nearly wiped out Native Hawaiian culture: Hawaiian language was banned in schools, Western-owned plantations dominated the lands and, eventually, military presence increased dramatically and tourism skyrocketed.

The casting of a white man in Kanahele’s place is salt in a wound for Hawaiians who have been left feeling erased by Western influence. Kelly called it “Poly-face” ― a version of the phrase “blackface,” but directed at the indigenous people the film “Ni’ihau” portrays: Polynesians.

“It’s cultural cannibalism, it’s like someone eating you while you’re alive,” Kelly told HuffPost. “They’re erasing me, or any Hawaiian, as we’re standing here. It’s the narrative equivalent of ethnic cleansing. We’re being marginalized while we’re still here.”

Gabriel Robertson, the director of “Ni’ihau” did not respond to HuffPost’s request for comment.

It's cultural cannibalism. They're erasing me, or any Hawaiian, as we're standing here. Anne Keala Kelly

Whitewashing and cultural appropriation aside, critics also say the political timing of “Ni’ihau” puts Hawaii residents ― both native and transplants ― in a dangerous situation at a time when tensions between North Korea and the U.S. have spiked under the Trump administration.

According to early reports, the film retells the true story of a Japanese pilot who crash-landed on Ni’ihau (a private Hawaiian island where tourism is famously banned to protect the native population) during the attacks on Pearl Harbor. The surviving pilot convinced two of the island’s residents of Japanese descent to defect against the U.S. The pilot and the defectors took Kanahele and his wife hostage, but were eventually killed after the Hawaiian couple fought back against their captors.

The U.S. Army awarded Kanahele, who was shot three times during the struggle, with the Medal for Merit and the Purple Heart for his heroic actions.

Ku’ualoha Ho’omanawanui, a professor of Hawaiian literature at the University of Hawaii at Manoa, believes that recounting this story now could stoke anti-Asian fears and provoke more tension between the U.S. and North Korea.

The film “is particularly problematic in an age of Trumpian political warmongering with North Korea, with Hawaii as a potential nuclear target, and a potential ground zero for nuclear annihilation, especially if China gets involved,” she told HuffPost.

Indeed, North Korea has ramped up its nuclear program in an attempt to develop technology advanced enough to deliver a strike that could reach the U.S. And while most experts believe Hawaii faces no immediate threat from the Hermit Kingdom, military officials in the Pacific have renewed their focus on protecting the islands from a potential strike.

Ho’omanawanui said of the film, “This kind of careless, insensitive decision-making ― including the casting [decision] ― does not consider the real-world impacts on Native Hawaiians, Hawaii residents, and other peoples of color when we are not made visible as real people with a full range of human experiences and emotions.”

“Rather we are characters for white people to try on and mimic in their quest to fulfill their own ignorant, arrogant, incorrect fantasies about Native Hawaiians and other peoples of color.”

Both Kelly and Ho’omanawanui are convinced that the film, which has already received mainstream attention, will once again show the masses a Westernized version of their native culture ― and they’re upset that non-Hawaiian people have taken control of a heroic narrative that belongs to a Native Hawaiian.

“There is no reason Native Hawaiians or other people of color shouldn’t be cast in this film,” Ho’omanawanui said. “Moreover, there is no reason they shouldn’t be included as writers, directors, producers and crew, and there’s equally no reason white people need to take the lead in telling this or any other story.”

As a filmmaker, Kelly thinks the only way to solve Hollywood’s problem with cultural appropriation is for prominent filmmakers and producers to first realize there is a problem. But as big-budget films that whitewash roles for minorities continue to roll out, it’s clear some filmmakers are not learning.

“It’s impossible to bridge a gap if the people in power pretend [that there is no problem] or deny that a gap exists,” she told HuffPost.

Kelly says she believes the average American audience would care about true Native Hawaiian narratives if native filmmakers were given a chance to represent their own people.

And if Hollywood’s powers-that-be still aren’t convinced that the modern movie-watching audience is craving more authenticity in stories about people of color, the backlash trailing “Ni’ihau” should be proof enough.

How to fix @NiihauMovie @27TenProds @ken_petrie @writergabriel 1. Hire people from Niihau to consult so you don't eff up story or language.

yall are not about to act like Keala Kahuanui-Paleka don't exist n could play Ben Kanahele. #Niihau pic.twitter.com/BDd9weru1R

I'm going to enjoy watching this Niihau movie flop. Because in a world where Jason Momoa exists they still cast a white guy

What the producers of #Niihau learned from history: pic.twitter.com/8QeZgcmAFS 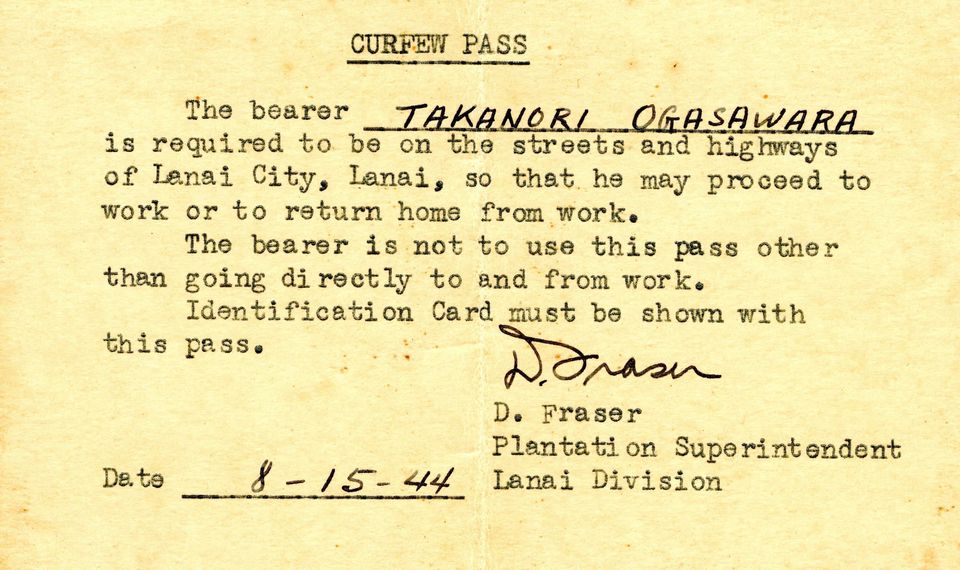