Imagine living in, and skiing out of, a house that's only 112 square feet. 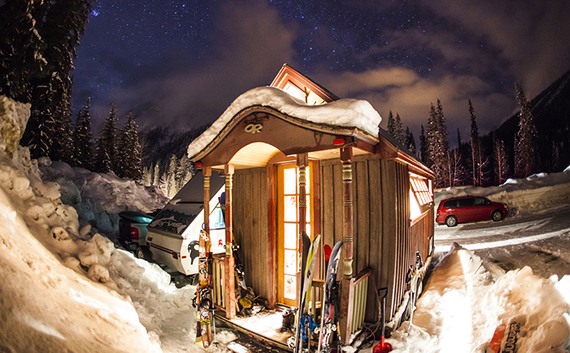 While you might jokingly think that this tiny house is not much larger than your ski boot bag, professional skier Zack Giffin does just that, sometimes with up to five people living in his tiny space.

For three winters, Zack and his partner, professional skier Molly Baker, have hitched their house to their truck and gone in search of powder. Along the way, they've created a series of Tiny House Tour ski films in conjunction with Outdoor Research.

This winter, they continue to drive the open road, exploring and filming, and finding home where powder is happening. 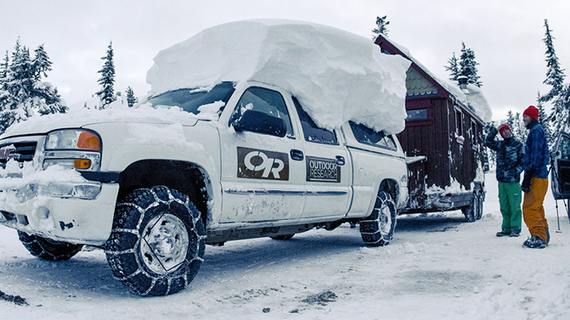 You're a professional skier. That is every skier and rider's dream. How did you do it?

For me, it has been a matter of persistence and a lot of luck, as well as being very agreeable and flexible. For that, I get a life that allows me to make enough money off of sponsorships and endorsements to live on.

Don't ever sell yourself short, but be aware that if you're doing something you love, chances are lots of other people love it, too and want to do it, too. You need to be prepared to work really hard.

Who inspired you to ski and push yourself to this level?

I have two brothers. My inspiration came from them, the older leading the way and showing what was possible, giving me something to work towards and hanging out with me.

And then there's my younger brother who is phenomenally gifted and was trying to overtake my position as his older brother. So the three of us, together with our extended friend network, pushed each other.

I got my drive from all of this friendly competition, defined by what I did in the mountains with my brothers. 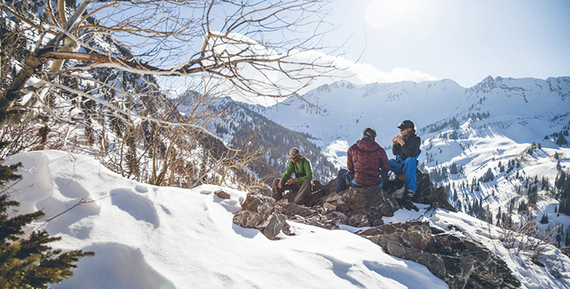 You live and ski from a tiny house. What is your day-to-day life like during winter?

The best thing about winter in the tiny house is that we never have a commute. Molly and I wake up at a trailhead or lift. We walk out the front door to go skiing. Although the house has the luxuries of a home, it's kind of like camping.

With no commute, I also have more time for chores and doing what I enjoy, like reading, playing guitar or drawing.

We're also always working on different pieces of the Tiny House Tour and other projects.

It's really hard to define a typical day, but for the most part we're not flying around in helis, staying in lodges or eating at ski areas. Instead, we're in parking lots with backcountry access looking for beautiful places to go and film. 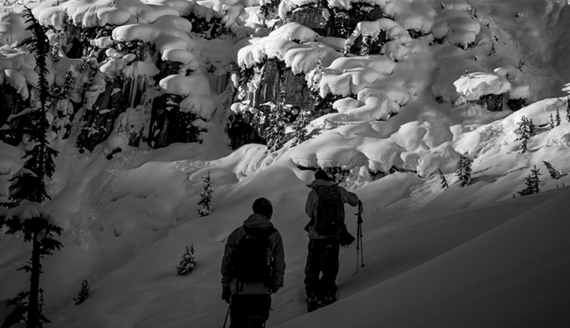 The Tiny House Tour, what is it?

Outdoor Research (OR) and I were looking for a way to film on the road. Renting an RV was too expensive, so we decided to do something really rad and build a tiny house. OR funded the tiny house and I built it. For three seasons we've made videos and one longer film, Livin' Tiny: A Quest for Powder.

And where will we see you this winter?

Another one comes out on December 16. The last one is live on January 14. These films were produced by DPSCinematic, in association with OR and Gore-Tex. 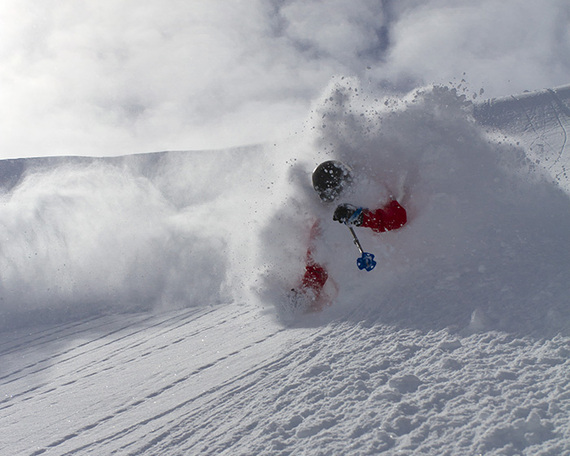 Last question, what do you find most satisfying about skiing?

Personally, absolutely, the most satisfying moments are when you do things that you're not quite sure you're capable of, and yet it happens. Sometimes snow conditions get a certain way that just make what you can do on skis almost inhuman.

It doesn't always happen, but every once in a while the snow works out and while you're completely terrified, you make it happen, sometimes even surprising yourself.

Check out Zack's sometimes "inhuman" skills at The Shadow Campaign, The Tiny House Tour and Tiny House Nation on FYI.