Famed Iraqi-British architect Zaha Hadid died Thursday at the age of 65, yet her legacy lives on in iconic buildings all over the world.

Hadid constantly pushed the boundaries of design and was rewarded for her effort with the Pritzker Architecture Prize, becoming the first woman -- and the first Muslim -- to win the a highly prestigious award.

"She combined her vision and intellect with a force of personality that left no room for complacency," Tom Prtizker, the chairman of the foundation which awards the prize, said in a statement Thursday. "She made a real difference."

"The world of culture has lost a standard-bearer for the art of architecture," the statement continued. "Zaha Hadid fought prejudice all her life with great success. And this, in addition to her genius as an architect, will secure her legacy for all time."

Tour some of Hadid's work below, via Google Street View:

The Observer's architecture critic Deyan Sudjic wrote of Hadid's science center in 2006: "Revolutionary is a word to be used as sparingly as possible, but Zaha Hadid's new science centre, an astonishing, exhilarating concrete and steel vortex of a building, is one of those few constructions that fully justifies its use."

"The bridge is a sinuous, flowing piece of sculptural design that allows the city to turn towards its river in an entirely new way," wrote the Foreign Times of the Zaragoza bridge in 2008. "...This is a building that brilliantly blends an architectural event, an exhibition space, patterns of urban movement and structural acrobatics and wraps them in a seductive cladding as beautiful and complex as a mythical dragon."

Built for the London 2012 Olympic Games, the Aquatics Center boasts vast windows and an enormous steel roof. "The building floats effortlessly free, its roof dipping and diving between two vast walls of glazing that provide views straight through to the park beyond," The Guardian remarked in 2014. "Rising up from a single point at its southern end, the roof hangs in the air, its continuous timber skin belying the structural gymnastics going on inside it, where 3,000 tonnes of steel zigzag their way unsupported for 120 metres in a dense network of trusses."

"The surface of the Heydar Aliyev Center's external plaza rises and folds to define a sequence of public event spaces within; welcoming, embracing and directing visitors throughout the building," Hadid told the architectural design magazine Dezeen in 2014. "It's an architectural landscape where concepts of seamless spatial flow are made real -- creating a whole new kind of civic space for the city."

"The museum... sits like a pile of giant, gray garden hoses curving around an L-shaped plot in the city's northern neighborhood of Flaminio," wrote the Wall Street Journal when the building opened in 2010. "Inside, black staircases rise from the cavernous white lobby like a drawing by M.C. Escher."

Wrote The Architectural Review in 2011: "The museum is wide and rather non-descript, enlivened only by the entrance facade, which is defined by five peaked roof ridges with simplified ‘noddy-house’ profiles. Like all architectural ‘icons,' however, the building has one photogenic side. From a corner, at the water’s edge, the visual juxtaposition of the moored tall ship Glenlee, the looming facade and hints of the voluptuous roof appears undoubtedly impressive."

Hadid showed "a zestful disregard for conventional shapes and traditional angles," wrote The Economist in a highly complementary article in 1999.

"The new Guangzhou Opera House is gorgeous to look at," remarked the New York Times in 2011. "It is also a magnificent example of how a single building can redeem a moribund urban environment. Its fluid forms -- which have been compared to a cluster of rocks in a riverbed, their surfaces eroded by the water’s currents -- give sudden focus to the energy around it so that you see the whole area with fresh eyes."

“My work is not within the accepted box,” Hadid said in a past interview with The Huffington Post. “Maybe because I am a woman. Also an Arab. There was a certain prejudice about these things.”

“Architecture is semi-artistic, but you are inspired by nature, landscape, biology, all living things,” Hadid added. “You can be far more ambitious now, you can make great spatial experiences, but one thing which hasn’t changed is that we have to deal with gravity, to land on the ground." 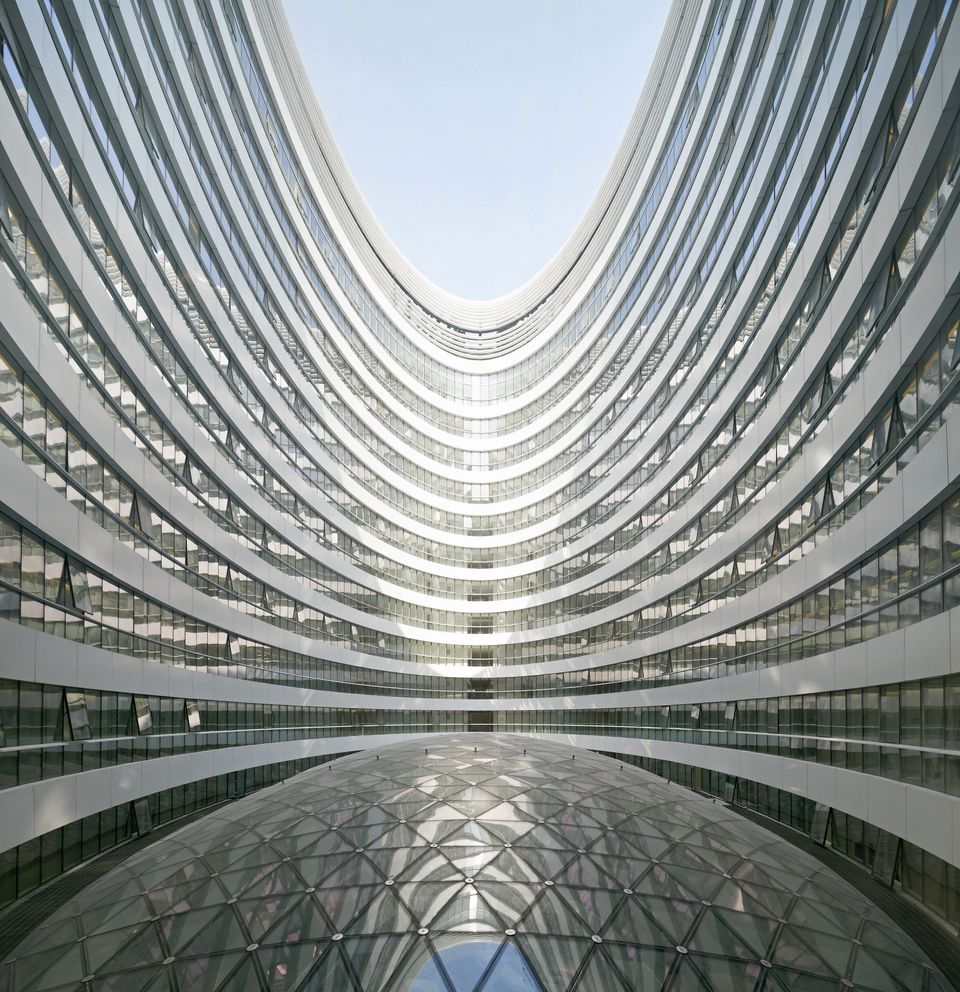