Iraqi-born, London-based Zaha Hadid, the celebrity architect behind London's Olympic Aquatic Center and MAXXI in Rome, is building her first residential project in the U.S. in downtown Miami.

Hadid has been reportedly "chilling out" in Miami for the past ten winters, according to the Wall Street Journal, and she thinks the cityscape could use an update.

"I really love Miami, but I don't think the architecture matches the city," Hadid told the newspaper.

According to renderings posted by Curbed Miami, her Miami tower, dubbed One Thousand Museum, will be 60 floors of luxury condos on Biscayne Boulevard right next to Museum Park.

Looking like a slender spiraling hive, the tower has a futuristic-looking "exoskeleton" that obscures the balconies.

"We wanted to avoid that generic, modernist typology," she said of the proposed design, still tentative as $300 million in financing is secured.

Units will be sold at about $900 per square foot, the Miami Herald reports, a price tag that's nearly twice that of adjacent properties.

While Miami Beach has seen a sudden uptick in ambitious architecture, downtown Miami has been rather stagnant since the Brickell building boom in the early 1980s.

When Joan Didion visited the city nearly 30 years ago, she wrote in her book "Miami":

The buildings themselves seemed to swim free against the sky: there had grown up in Miami during the recent money years an architecture which appeared to have slipped its moorings, a not inappropriate style for a terrain with only a provisional claim on being land at all.

As a contrast, Hadid's aesthetic bridges early Modernism and the digital age, according to the New York Times, who called her work "fluid," "slightly hedonistic" and "as close to a manifesto for the future as we have."

Architizer reports that Hadid, the first female architect to win the coveted Pritzker Prize, is also designing a Miami Beach parking garage, which has been described as looking as if "an earthquake has breached the taut envelope of FLW’s Guggenheim rotunda and set the constituent floors askew." 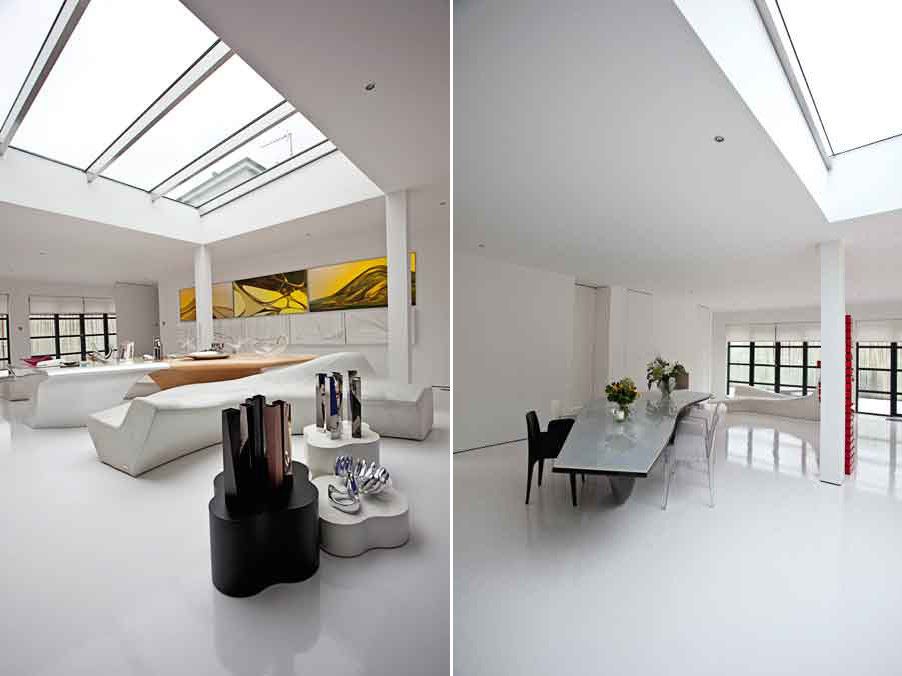 1 / 10
Zaha Hadid: London Apartment
Hadid’s own flat is more of a showroom of some of her iconic art and design pieces rather than a cozy personal home. Almost entirely devoid of traditional furniture, the place reflects her style as an architect and designer, yet tells little about her personality. For more images&information, <a href="http://openbuildings.com/buildings/london-flat-profile-41358" target="_hplink">CLICK HERE.</a> <em>Image: <a href="http://www.abitare.it/en/being-zaha-hadid/62617/" target="_hplink">Abitare</a></em>