In "Shift," a wild dog steals the face from a figure born from a tree. It's a short film collaboration by South Florida artists Juan Carlos Zaldivar and Anja Marais.

After someone working with Miami International Film Festival saw a working cut of the film, the filmmakers were invited to enter MIFF's short film competition.

But in order to complete the film, the artists need more funding so they turned to micro-funding site IndieGogo.

HuffPost Miami spoke with Marais, who hand-sewed all the film's characters and animals out of paper.

What was the inspiration behind Shift?
I'm originally from South Africa and Zaldivar is originally from Cuba, so we draw extensively from our experiences as immigrants. I'm concerned with "the perpetual outlander" always reaching for the unreachable.

Zaldivar's work is often informed by our relationships with our bodies and by the transmutations and transcendences of the physical. Together, we have crafted a highly original, visual symphony that uses beautiful time-lapse photography and relies completely in film language to weave a haunting tale of loss and redemption.

How did you and Juan work together on the film?
Zaldivar has an extensive film background and I'm a sculptor from the Visual Arts genre. We both came together with very different approaches.

We both wrote the script, we both were models for the filming, and we both share in the labor around making stop animation.

Individually Zaldivar brought his knowledge and the filmmakers eye to provide the film with structure and flow while I provided sculptures and artwork to capture the emotions of the characters.

How does this film fit in with the rest of your work?
Before becoming a professional director, Zaldivar started his film career as a sound editor and designer, his work can be heard in Academy nominated films such as Ang Lee's "Sense and Sensibility", in Nanette Burstein and Bret Morgan's "On the ropes" and on HBO's America Undercover, for which he garnered an Emmy nomination.

For me, this short film breathed life into my sculptures. I hand sewed paper together to form three-dimensional figures to emphasize their fragility. This became part of interdisciplinary projects consisting out of sculpture, photography, installations and now film. These projects are an ongoing documentation that the journey and foreigner exists in all of us.

I have been taught firsthand by Japanese master papermakers on how to make and work with paper. You can see in the film "Shift" that all the characters are hand sewn out of paper.

Where was this filmed?
"Shift" was filmed outdoors in the Florida Keys. We found hidden, almost untouched areas on the Atlantic coastline, between mangroves and seaweed we managed to give nature an important role in our film.

Check out the below stills from the film to see Marais' handiwork. 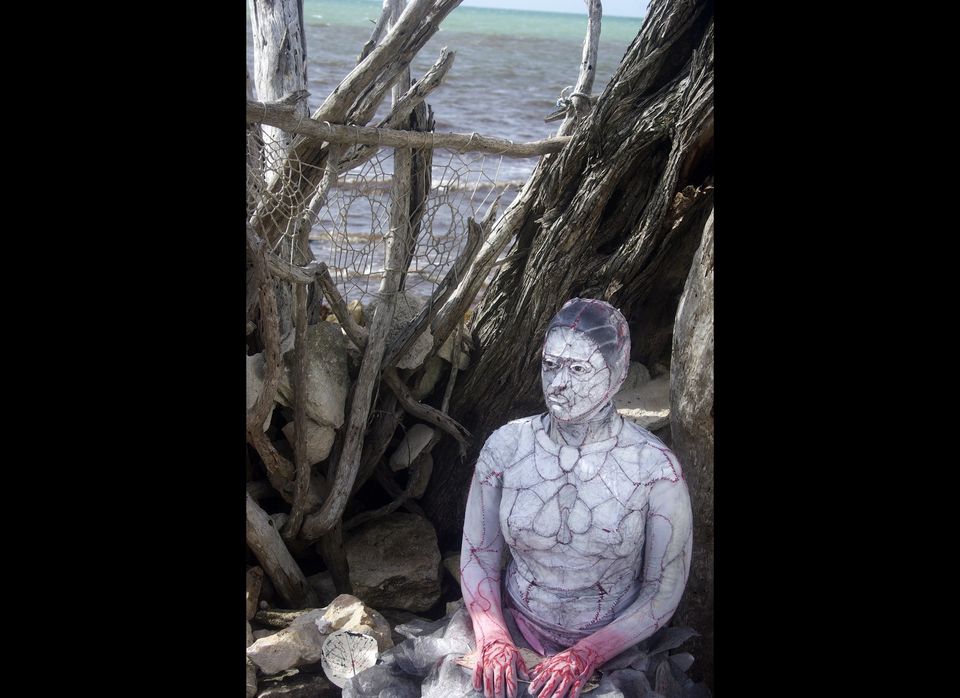