Since Zayn Malik announced his departure from One Direction at the end of March, he hasn't made any public appearances -- until now.

On Friday, the singer was presented with the Outstanding Achievement in Music honor at the Asian Awards in London. Sporting a newly shaved head and nose ring, Malik took the stage to thank his mom and dad for "making me Asian." And the singer also gave thanks to his former bandmates.

“I’d also like to take this moment to thank four of the best guys I ever met while being in the band and doing all the amazing things that I did,” Malik said. “Some of the things that we did will stay with me for the rest of my life, and I thank you for that. Here’s to the future!”

Malik first revealed he would be leaving One Direction in a post on the band's Facebook page. He later told British newspaper The Sun, "I feel like I've let the fans down but I can't do this anymore." The rest of the band also spoke with The Sun earlier this month, saying they were "gutted" over Malik's departure but that they'd continue to make music. 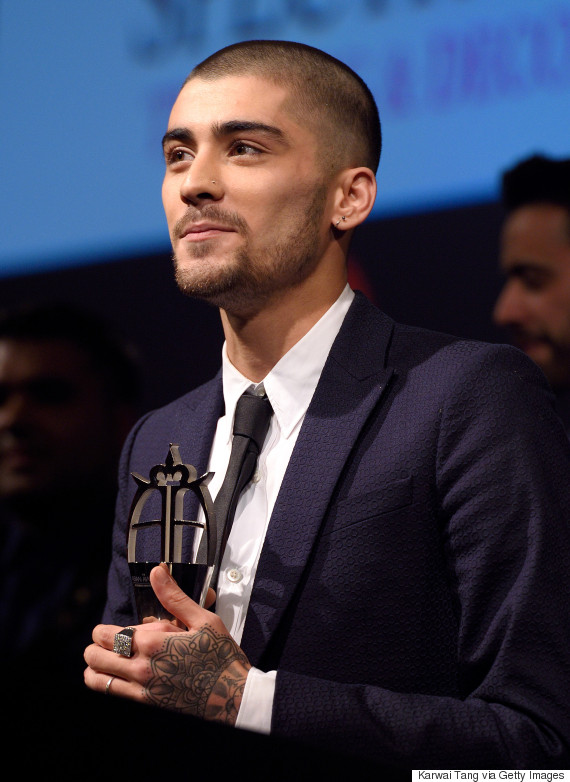