On Tuesday night, via Snapchat, Zendaya called out a supermarket store clerk for refusing to help her and her friend. Why? The Disney star claimed it was because the woman wasn’t “a fan of our skin tone.”

According to her Snap story, the actress and singer was trying to buy $400 in gift cards, which she understood came with some limitations, but the store clerk was “not trying to help us at all, saying that we couldn’t buy the gift cards, and then throwing my wallet.” The 20-year-old and her friend also agreed the woman was extremely rude.

Obviously surprised and conflicted about the whole situation, Zendaya informed her viewers, “there is so much progress to be done in our world,” before again venting about the woman in the store.

“My cards were loose. So, like, my card fell on the scanner, and she was about to keep scanning the next person. I was like, ‘That’s my card! What are you doing?’” she said. “You know what? It’s all love. Maybe she’ll go on to have a wonderful life.” (Perhaps, but after all this online coverage, our guess is she’s trying to hide.)

According to E!, Zendaya later gave a “shout-out” to the manager of the store for coming over and helping her after the incident. Oh, and she got her gift cards.

UPDATE: Vons spokesman Carlos Illingworth issued a statement on the situation to Us Weekly.

“At Vons we strive to treat each and every customer with the utmost respect,” the statement reads. “There is a policy that limits gift card purchases using a credit card. Zendaya was able to purchase gift cards up to our limit, and we apologize for any inconvenience or misunderstanding. We respect Zendaya’s voice in the community and similarly are committed to diversity and inclusion. Moreover, we understand that race is a sensitive issue in America and view this experience as a reminder that every interaction is an opportunity to treat each customer as we ourselves would like to be treated.” 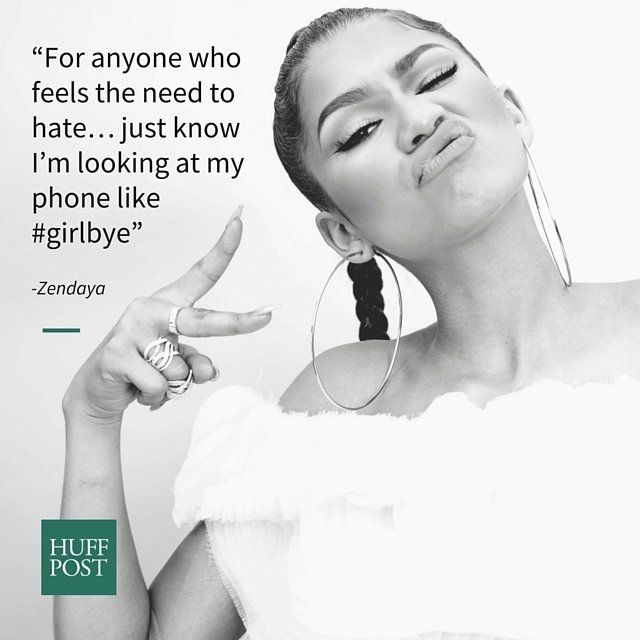