There's nothing like dying to get a fresh perspective on life, at least that's what one 22-year-old recently learned.

In a theatrical act of soul-searching, Chinese student, Zeng Jia, staged her own funeral in Wuhan, central China's Hubei province on March 30.

"I feel so good after coming out of the coffin," Zeng told China Daily.

The inspiration for the fictional funeral came from an epiphany she had about burial ceremonies after her grandfather's recent death.

"It struck me that people spend all that time and effort on someone when they are gone and they cannot appreciate it," she said.

According to the Daily Express, she hired a team of cosmetic artists to make her look dead, yet alive. Zeng laid in the coffin for an hour while mourners walked past paying their tributes, and no, they weren't rented.

Whether or not mourners were aware it was a pseudo-funeral, it was clear by the end of the wake when she jumped out of the coffin and delivered a speech. 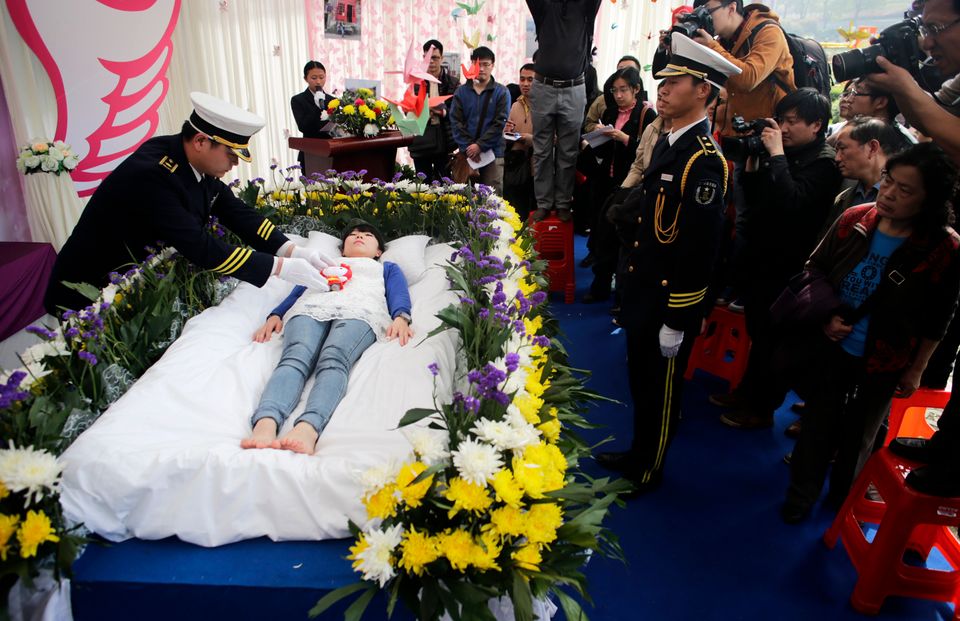