Zephyr Teachout, a Fordham University law professor vying to become a formidable candidate in the upcoming Democratic primary for New York governor, slammed Gov. Andrew Cuomo (D) for what she called an attempt to silence her campaign with a lawsuit challenging her state residency.

"If we have a debate on his record as to whether he's served as a Democrat or a trickle-down Republican serving his donors and his own presidential ambitions, he is not going to win that debate."

The rally, during which Teachout discussed her commitment to progressive values including affordable housing and opposition to fracking, comes just a day after she received her first national endorsement from the Progressive Change Campaign Committee (PCCC). 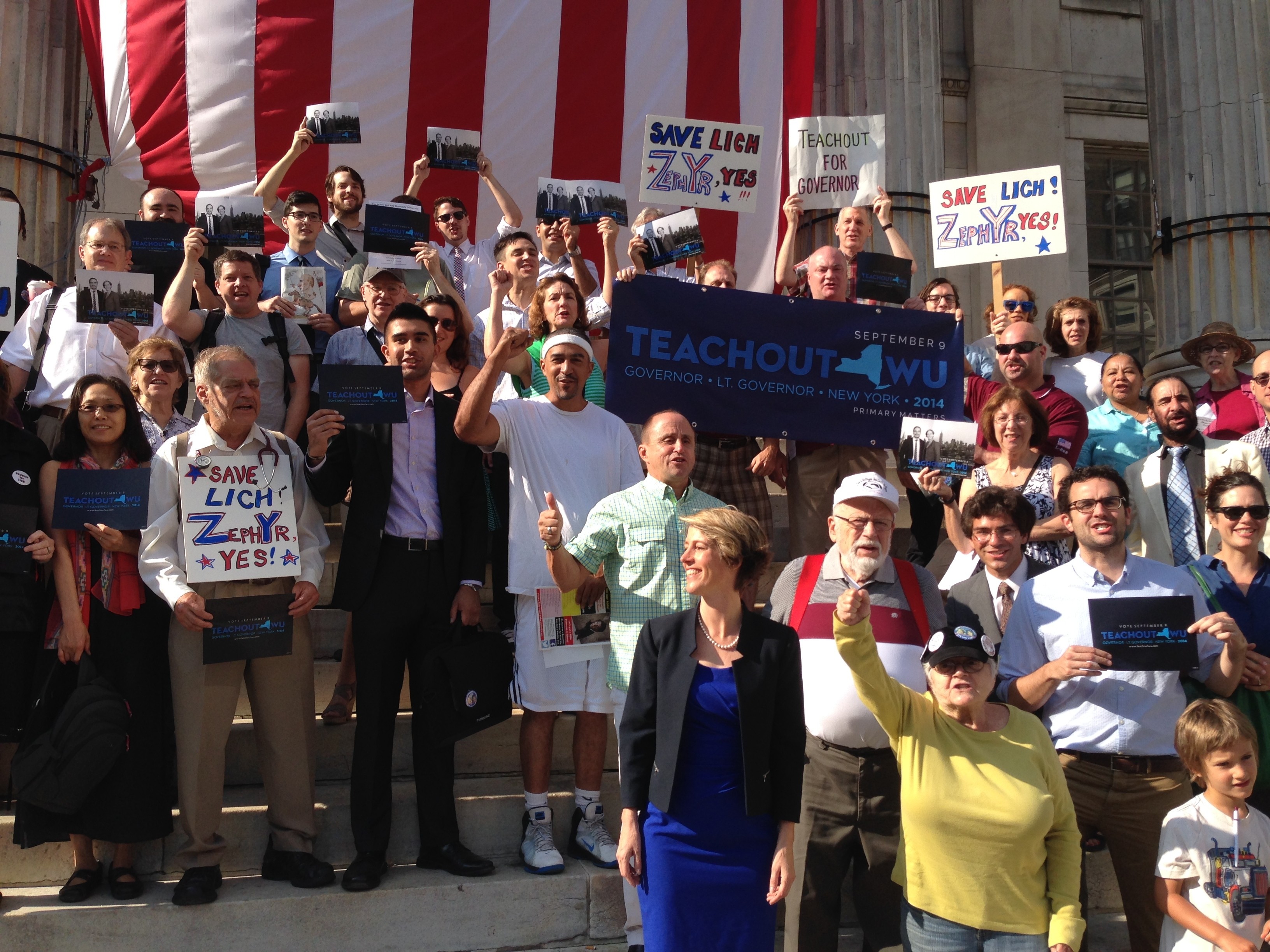 It also follows serious allegations that Cuomo routinely interfered in the ethics panel he himself created to ostensibly fight corruption. A damning New York Times report recently triggered U.S. Attorney Preet Bharara to issue a stern warning to Coumo's office that he may investigate claims against the governor.

Cuomo's campaign charges Teachout has not lived continuously in New York state for five years, a requirement of gubernatorial candidates. Teachout has called the accusation "frivolous," saying she has lived in New York since she began working at Fordham in 2009, and that spending summer vacations with her family in Vermont do not disqualify her from running.

During Thursday's rally, her supporters said the challenge to her residency was typical of what they called Cuomo's "bullying" tactics.

"I am excited to see someone is considering to run against Cuomo," Joy Fallak, a Brooklyn Heights resident, told The Huffington Post. "I feel that he is corrupt and that his agenda is to become president one day. Therefore he tries to build up power with important people.

"I don't know if Zephyr Teachout has any chance against the machine, but I think it's important for people to come out that we're looking for a different government that cares for the average person."

Teachout faces an uphill battle that may be insurmountable, considering 91 percent of Democrats in the state do not know who she is, according to a poll.

Nonetheless, the residency lawsuit suggests Cuomo's camp prefers to see her off the Sept. 9 ballot and out of the spotlight.