A crowd of gray-haired parents of single adults negotiates with one another along a stretch of Beijing's Zhongshan Park. These confabs occur on a strip of pavement lined on one side with rainbows of tulips and, on the other side, with the moat of the Forbidden City. 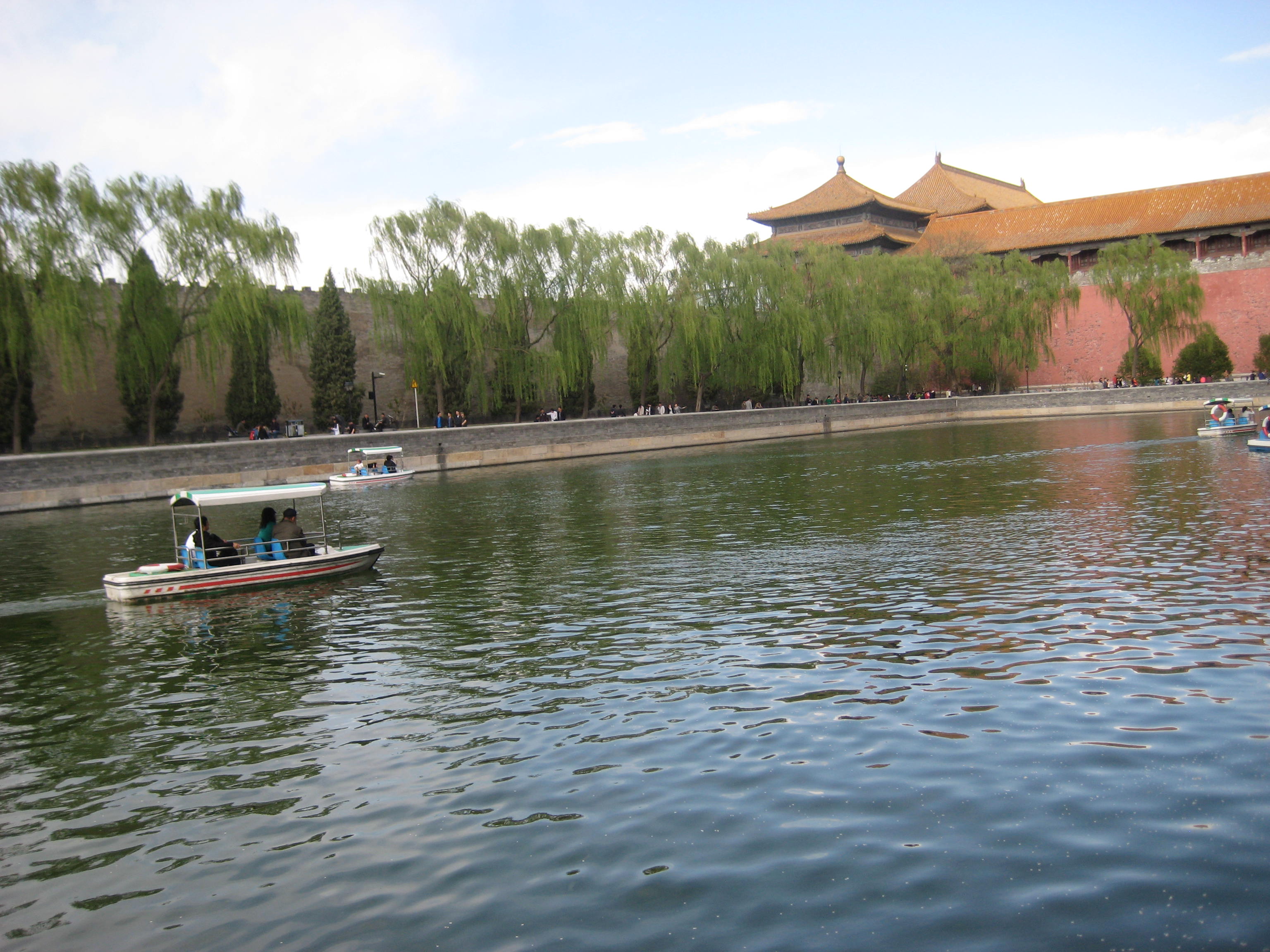 A woman, whose son was born in 1982, asks whether I have a daughter. Yes, I tell her, one that is the same age as her son. But then she decides she cannot consider a match, because her son isn't good enough for my family.

My Chinese friend tells me it's because I am Caucasian.

Another woman sidles up and asks, "Are you looking to meet a man?" She figures I must be looking, since I am not holding a resume of my offspring.

A man asks how tall my daughter is. He waves a wrinkled hand to indicate he doesn't want to talk anymore, because the difference between my daughter's height and his son's height is too great.

Ever since first hearing about the matchmaking scene in Beijing's Zhongshan Park, I've been dying to check it out. Parents come here on Thursday and Sunday afternoons to pre-screen potential mates for their grown children. 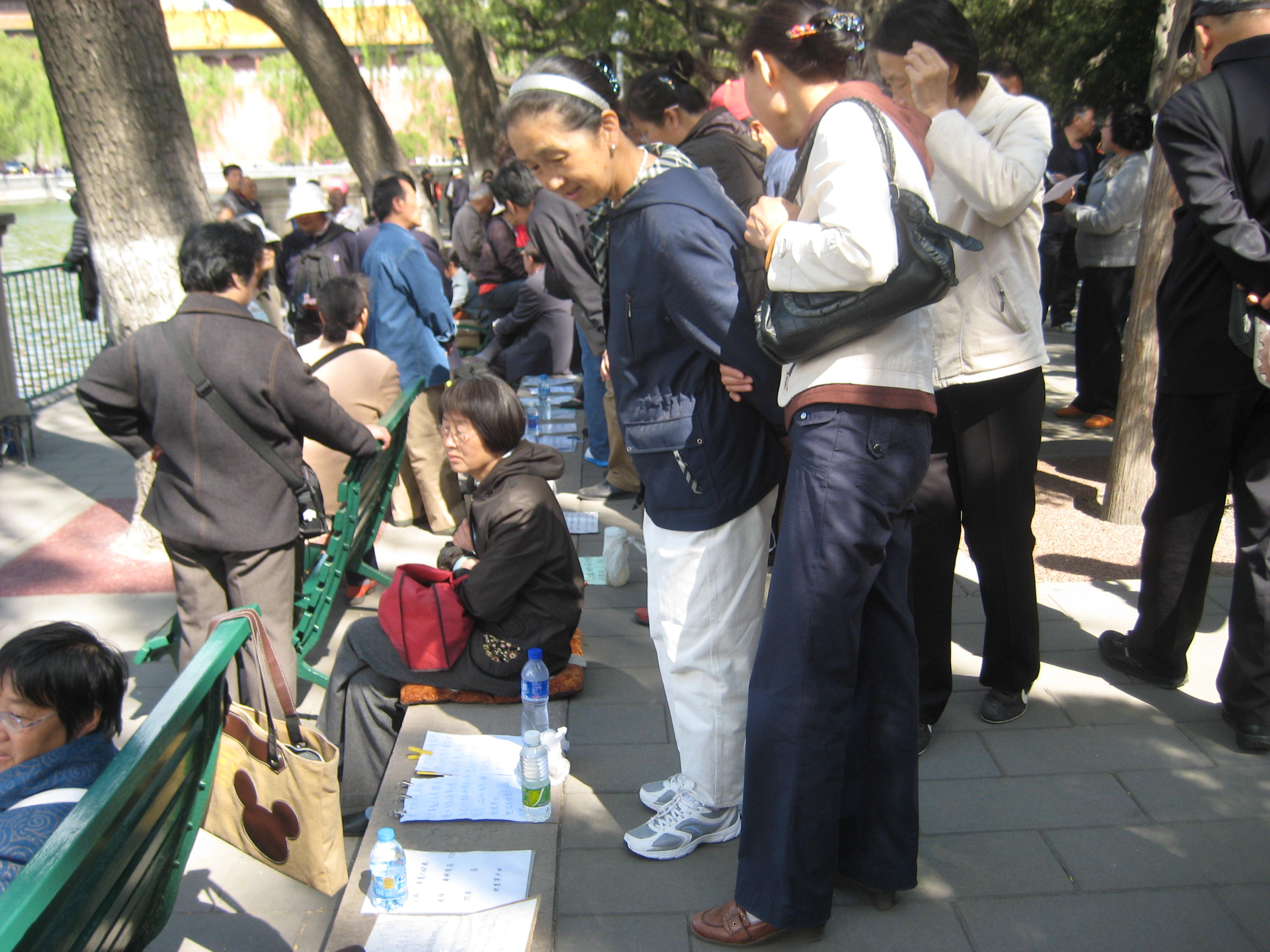 With the intensity of a 'tiger mom,' mothers and fathers line up to find suitable matches for their children. At their feet, hand-written resumes -- some quite worn -- include year of birth, height and education. One, for example, touts a daughter with a master's degree in architecture from Yale.

Yes, Internet dating exists here, but most of these parents would find such encounters sketchy. Yet, one woman asked me how Americans meet mates and when I mentioned Internet dating, she wanted the name of such a website. So I wrote Match.com on the back of her son's resume.

A lady asks what passport I hold. She has a nephew whose english isn't too good, but she thinks language would not be a problem if he were to marry my daughter.

A large, framed photograph of a confidant-looking man, whose father says his son is 40 years old, attracts my eye. The father, aggressively working the crowd, produces a worn red plastic photo album. Flipping through the pages, I wonder whether one snapshot of his son is taken in a borrowed sports car. 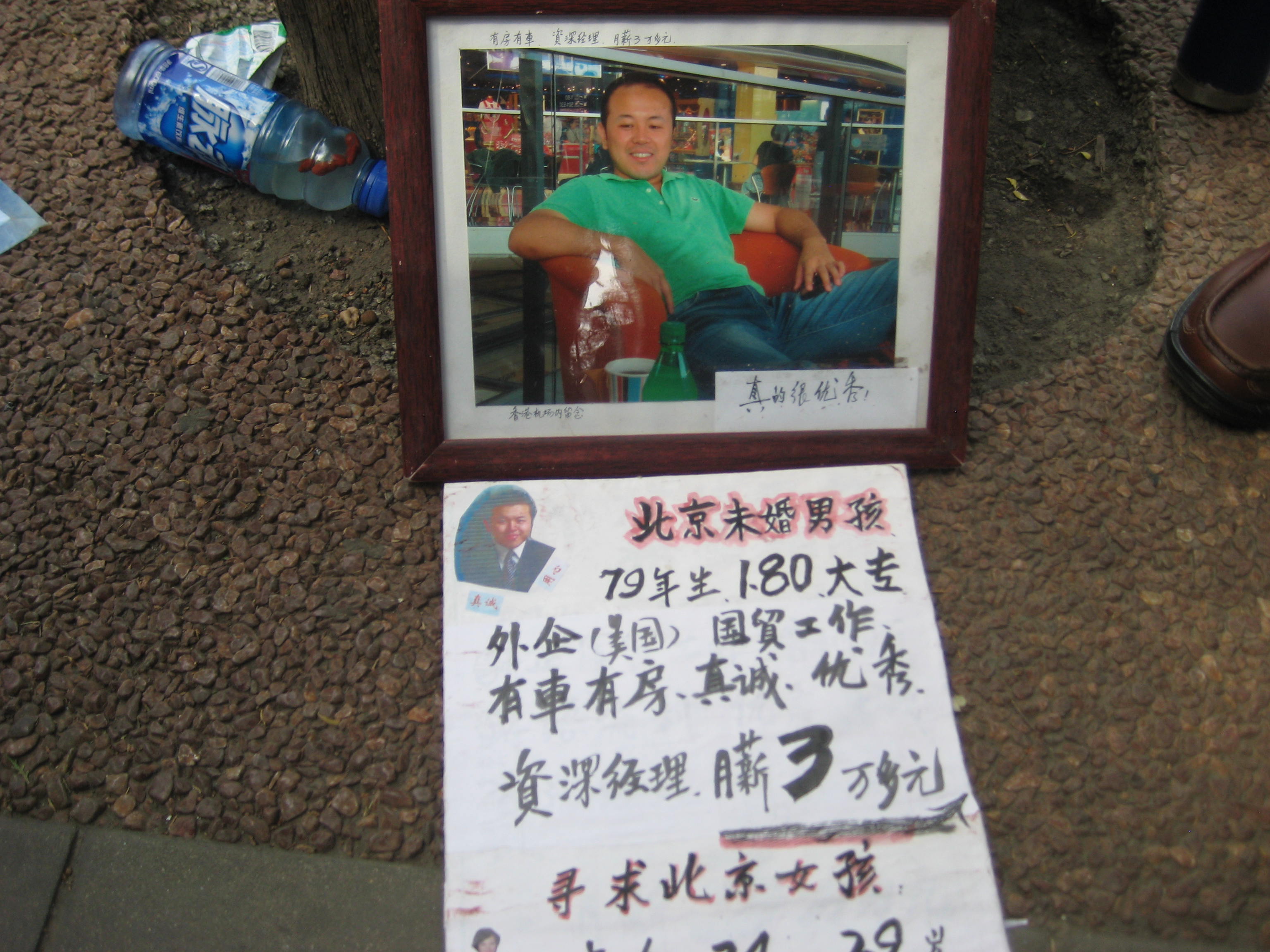 The father tells me his son is supportive of this search for a mate. "He drives me here every week," says the dad. Yet they are picky, given that the son speaks English and earns an excellent salary, around $5,000 a month, working for Oracle.

This father, so proud of his son's achievements, pulls out a small hand-written resume and adds his home phone for me to contact him if one of my daughters should become interested.

To work the crowd more actively, some parents wear their offsprings' resumes. 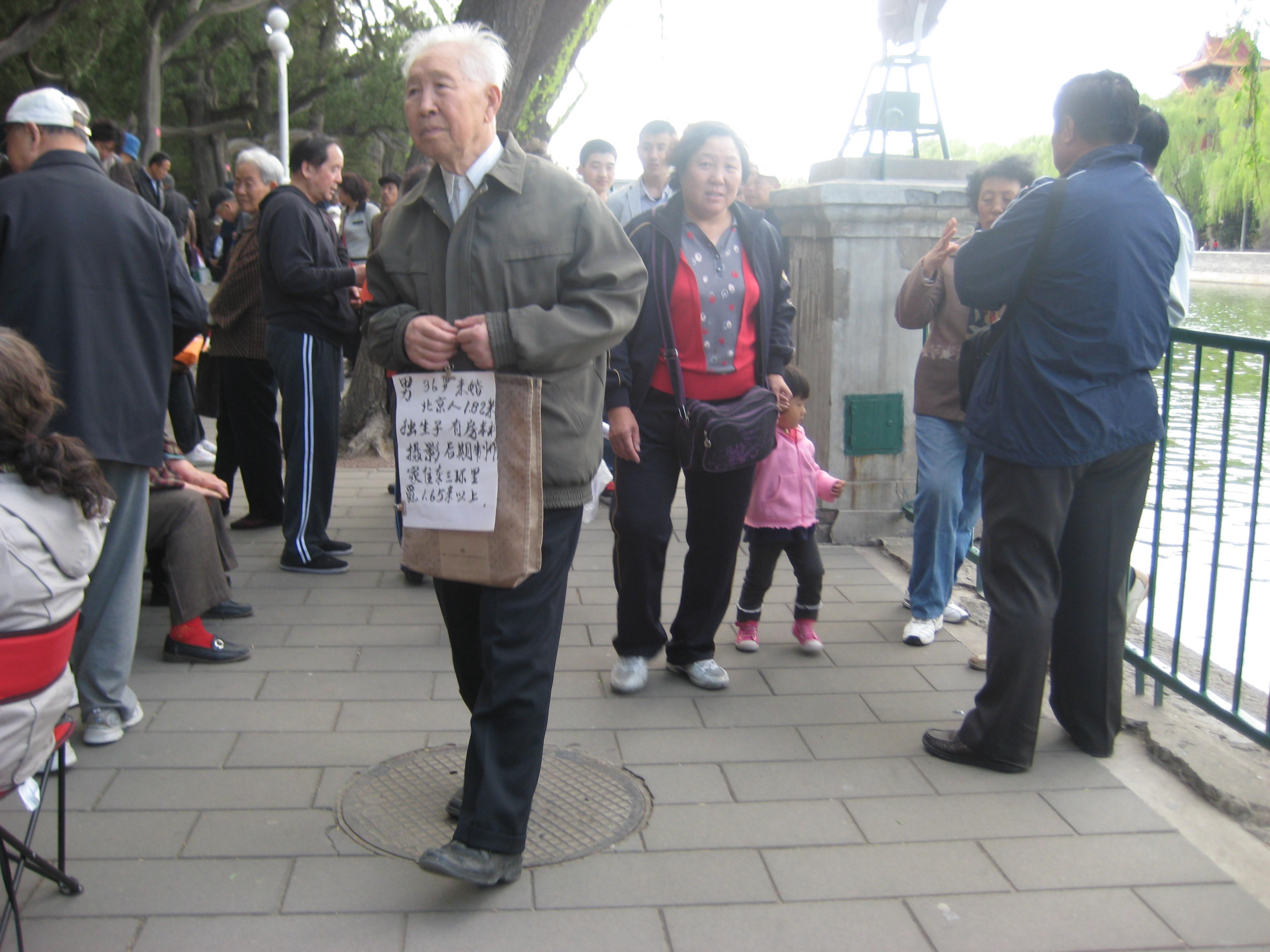 Most of those here are parents of sons. The one-child policy plus the ease of finding out the gender of an in utero child, along with the ease of securing abortion, has led to a preponderance of marriage-aged men in this society, which placed a premium on sons at the time those featured in the resumes here were born.

On its way to setting, the sun shoots sparks from ripples created by couples in pedal boats as they float by under weeping branches of willow trees. Parents pack up their resumes and low folding stools then head home to report the day's yield to their children.

What unusual methods of matchmaking do you know about?

For more of my stories on China, dating, divorce and more, see my articles on:
Home Goes Strong
Confessions of a Worrywart
And, of course, on Huffington Post