On Monday the Obama administration announced it would ask Congress for $1.8 billion to help combat the Zika virus, elevating national awareness of the disease and heightening fear of its impact. Following news that doctors had diagnosed a Texas patient with Zika through sexual transmission, America's collective hypochondriac exploded.

The Zika virus is a mosquito-borne illness that has been linked to birth defects in many South American countries. While the Ebola outbreak, the last health emergency declared by the WHO, progressed rapidly in those infected and had deadly effects, only one in five patients who contract Zika display flu-like symptoms. Nearly 80 percent of those infected have no symptoms.
Scientists have linked Zika to the most visible effect of the virus, microcephaly, which causes infants to be born with abnormally small heads, but conclusive evidence has not definitively backed up the correlation. The CDC's full press release advises travel limitations for pregnant women and women trying to become pregnant. 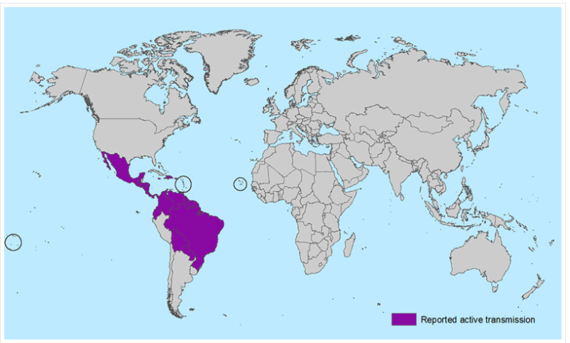 If you think the CDC's reaction to the outbreak seems extreme when comparing the virus to, say, Ebola, you're not alone. An article in the Independent also points out the distinct differences between the two diseases. However, media coverage of the Zika virus combined with the global health community's response has gotten people talking. On social media, people's reaction is split between fear and trepidation about Zika's severity. 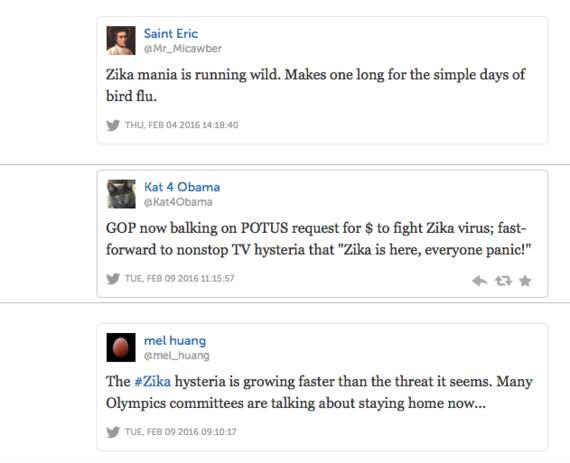 I'll admit to feeling as if I were a mild hypochondriac from time to time. I can't watch House or research headaches on WebMD without suffering a sleepless, anxiety-filled night. The media attention surrounding disease outbreaks like Zika and Ebola play right into those fears. The photos of Zika babies with underdeveloped heads have dominated the Internet and stuck in peoples' minds.

"My friend is studying abroad in Brazil and she has mosquito bites all over her leg," whispered a girl sitting next to me in class, giggling nervously as she exclaimed, "She DEFINITELY has Zika."

Another female classmate contemplated delaying a post-graduation trip to Peru because of the outbreak while a third had bigger concerns.

USC senior Gaby Smotrys was over the moon when she learned she had been selected to intern in Rio de Janeiro this summer in conjunction with the Olympic games. While she recognizes the threat of Zika, she's not as concerned as the media suggests she should be.

"Since it's really just risky for expectant mothers or women who want to be, even if I were to contract it, the health implications wouldn't be that severe," she said. Smotrys also commented on how the weather will improve by summer. With Brazil's weather at 80 degrees Fahrenheit and 80 percent humidity now, conditions will be milder by the time the Olympic games happen. Smotrys also thinks that the media is playing less of a role in the hysteria than the health community is.

"I would almost say that the WHO and CDC are more fueling hysteria and the media just facilitating it," she said.

Since this virus affects people in such a comparatively less severe way than Ebola and infects such a specific demographic, why have international organizations reacted in such an extreme way? Fear of global disease outbreaks has dominated America's news and social media consumption for years. Movies like Contagion, The Stand and The Andromeda Strain all deal with how the world would look if a global outbreak killed off large amounts of people. Granted, most of these movies involve zombies or aliens, but the underlying premise is there.

According to a 2008 study chronicled by Science Daily, media coverage of disease outbreaks heavily influences how people perceive and fear the symptoms. In addition, Time Magazine published an examination on how social media caused the spread of false information and hysteria during the Ebola outbreak.

America's collective consciousness fears global health emergencies because we do not know how to stop them. To wage war against illness you need more than weapons; you need medical innovation.

In addition, the Zika outbreak reflects the international health community's efforts to learn from the mistakes it made during its response to Ebola. But Zika is an extremely different illness than Ebola, and should warrant an extremely different global response. One of the major factors impacting the spread of Zika is the vulnerability of poverty-stricken communities who live near open water sources and lack basic resources to fight mosquitoes.

Finally, Brazil has a lot on the horizon in the coming year. Having just begun celebrations for Carnival, Rio de Janeiro will host the 2016 Summer Olympic Games, drawing thousands of athletes and fans from across the world. With security concerns already making headlines earlier this year, a global health challenge is the last thing the country needs right now.

I'm not saying we should discount the severity of the effects of Zika, but the virus is a different monster than Ebola was, and Brazil's unique position in the world combined with media hysteria are causing an unwarranted fear of the virus in the United States. The two countries have vastly different infrastructure. The Zika virus poses a unique threat to South America, but hysteria in the US should not be as high as the CDC makes it out to be. Zika is a virus just like dozens of other health emergencies that exist worldwide, and if travelers take necessary precautions it is no more severe than those.