Zimbabwe's Constitutional Court outlawed child marriage on Wednesday after two former child brides took the government to court in a ground-breaking case to challenge the practice that is rife in the southern African nation.

Loveness Mudzuru and Ruvimbo Tsopodzi asked for child marriage to be declared illegal and unconstitutional, saying it was a form of child abuse which trapped girls in lives of poverty and suffering.

The court ruled that as of January 20 no one in Zimbabwe may enter into any marriage, including customary law unions, before the age of 18, and struck down a section of the Marriage Act which allows girls to marry at 16 but boys at 18.

Nearly a third of girls in Zimbabwe marry before they are 18 and 4 percent before they turn 15, depriving them of an education, increasing the likelihood of sexual violence, and putting them at risk of death or serious injury in childbirth.

"I really am happy that we have played an instrumental part in making Zimbabwe a safe place for girls," said Mudzuru, who was married at 16 and had two children before she was 18.

The ruling outlined the "horrific consequences" of child marriage and said there had long been a "lack of common social consciousness" on the problems faced by girls who marry early.

Beatrice Savadye, who heads rights group ROOTS which backed the legal challenge, said: "I'm delighted. This is a milestone in the campaign to end this scourge in society."

But she said more needed to be done to educate communities on the dangers of child marriage in places where it had become entrenched, including remote mining and farming areas.

She also called for tougher penalties for anyone convicted of marrying a minor.

In statements to the Constitutional Court last year, Tsopodzi and Mudzuru said Zimbabwe's Marriage Act was discriminatory because it set the minimum age at 16 for girls and 18 for boys. The Customary Marriage Act sets no minimum age.

They called for the law to be brought into line with Zimbabwe's 2013 constitution as well as regional and international treaties banning child marriage.

Poverty is the driving force behind child marriage in Zimbabwe. Parents often marry girls off young so they have less mouths to feed. Dowry payments may be a further incentive.

In her affidavit, Mudzuru described how child marriage and poverty create a vicious circle.

"Young girls who marry early and often in poor families are then forced to produce young children in a sea of poverty and the cycle begins again," she stated.

Mudzuru told the Thomson Reuters Foundation last year that her life was "hell."

"Raising a child when you are a child yourself is hard," she said from Harare. "I should be going to school."

Globally, some 15 million girls are married every year. Across sub-Saharan Africa, two in five girls wed as children. 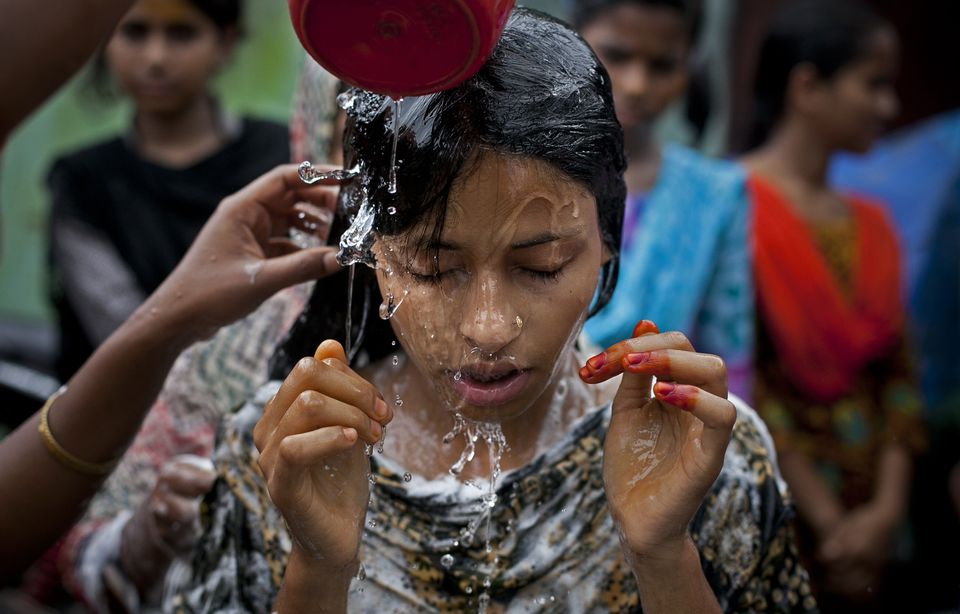