HARARE, Aug 3 (Reuters) - Africa's oldest president, Robert Mugabe, was declared winner of Zimbabwe's election on Saturday, but his rival, Morgan Tsvangirai, said he would challenge in court a result he called a fraud that would push the nation back into crisis.

Mugabe, 89, who has ruled the former British colony in southern Africa since its independence in 1980, was formally proclaimed re-elected for a five-year term barely an hour after Tsvangirai announced his planned legal challenge.

While African observers from the AU and SADC have already broadly approved Wednesday's peaceful vote, independent domestic monitors have described it as vitiated by registration problems that may have disenfranchised up to a million people.

The United States, which has imposed sanctions on Mugabe over previous flawed elections and alleged abuses of power, said the evidence of irregularities in the July 31 vote indicated the result was "the culmination of a deeply flawed process".

"The United States does not believe that the results announced today represent a credible expression of the will of the Zimbabwean people," U.S. Secretary of State John Kerry said in a statement.

The European Union also expressed its concern. Western election observers were kept out by Harare.

Zimbabwe's Election Commission announced Mugabe had beaten Tsvangirai with just over 61 percent of the votes, against nearly 34 percent for Tsvangirai.

SADC observers have urged Tsvangirai to accept the result. They expressed relief that the elections had so far avoided the kind of violent turmoil that marred a vote in 2008. Then, 200 supporters of Tsvangirai's Movement for Democratic Change (MDC)were killed by ZANU-PF supporters.

Tsvangirai, who had been serving as prime minister in a fractious unity government under Mugabe, said the MDC would present evidence in court to back its charges that the July 31 vote was a "monumental fraud".

"I thought this election was going to resolve this political crisis. It has not. It has failed. It has plunged the country back to where it was," Tsvangirai said.

Responding to the criticism, Mugabe's campaign manager Emmerson Mnangagwa, who is also defence minister, said the MDC had the "democratic right to do the wrong thing". But he added: "The route they are taking will make sure that their political careers are buried and buried for good."

Mugabe's contested victory has raised fears that a fragile economic recovery under the unity government could falter and that foreign investors may shy away from ZANU-PF's drive - already initiated - to seize majority stakes in foreign firms such as mining companies and banks.

Mugabe was one of the black guerrilla leaders who helped end white minority rule in the former Rhodesia, renamed Zimbabwe after a peace deal brought independence. The southern African state has rich reserves of chromium, platinum, coal and diamonds.

In Harare's Mbare township, dozens of ZANU-PF supporters ran through the streets shouting party slogans and singing. But the reaction was largely subdued in most of the capital which had been an MDC fiefdom since 2000.

"I still can't believe it. Can you imagine what will happen to this country now? But let them rule. They say they won, don't they? We'll see," said Shameck Mukarati, who works in a shopping centre supermarket in Harare's Newlands suburb.

"People are angry, but they don't want any trouble," said Kenneth Sagonda, another Newlands resident.

Some analysts said ZANU-PF's latest win could give Mugabe, who has been vilified for years in the West as a ruthless despot and wrecker of the economy, a chance to mend ties with foreign donors which have suspended support over policy differences.

"Mugabe is a wise old man ... he knows that if he doesn't develop the economy, he'll have pressure from his citizens," Trevor Maisiri, senior analyst for southern Africa for the International Crisis Group, told Reuters.

The European Union said it was worried about the allegations of serious flaws in the election.

"The EU is concerned about alleged irregularities and reports of incomplete participation, as well as the identified weaknesses in the electoral process and a lack of transparency," EU foreign policy chief Catherine Ashton said in a declaration issued on behalf of the 28-nation bloc.

U.S. Secretary of State Kerry urged the AU and SADC to address the concerns.

"There were irregularities in the provision and composition of the voters roll. The parties had unequal access to state media. The security sector did not safeguard the electoral process on an even-handed basis," he said in his statement.

Kerry called on all parties to refrain from violence.

One member of Zimbabwe's nine-member Electoral Commission, Mkhululi Nyathi, has resigned since the vote, citing doubts about the integrity of the results.

Given the sanctions, the reaction from the West will be key to the future of Zimbabwe's economy, which is still struggling with the aftermath of a decade-long slump and hyperinflation that ended in 2009 when the Zimbabwe dollar was scrapped. (Additional reporting by Stella Mapenzauswa in Harare, Xola Potelwa in Johannesburg, Adrian Croft in Brussels and Arshad Mohammed in Washington; Writing by Cris Chinaka and Pascal Fletcher; Editing by Pascal Fletcher and Sonya Hepinstall) 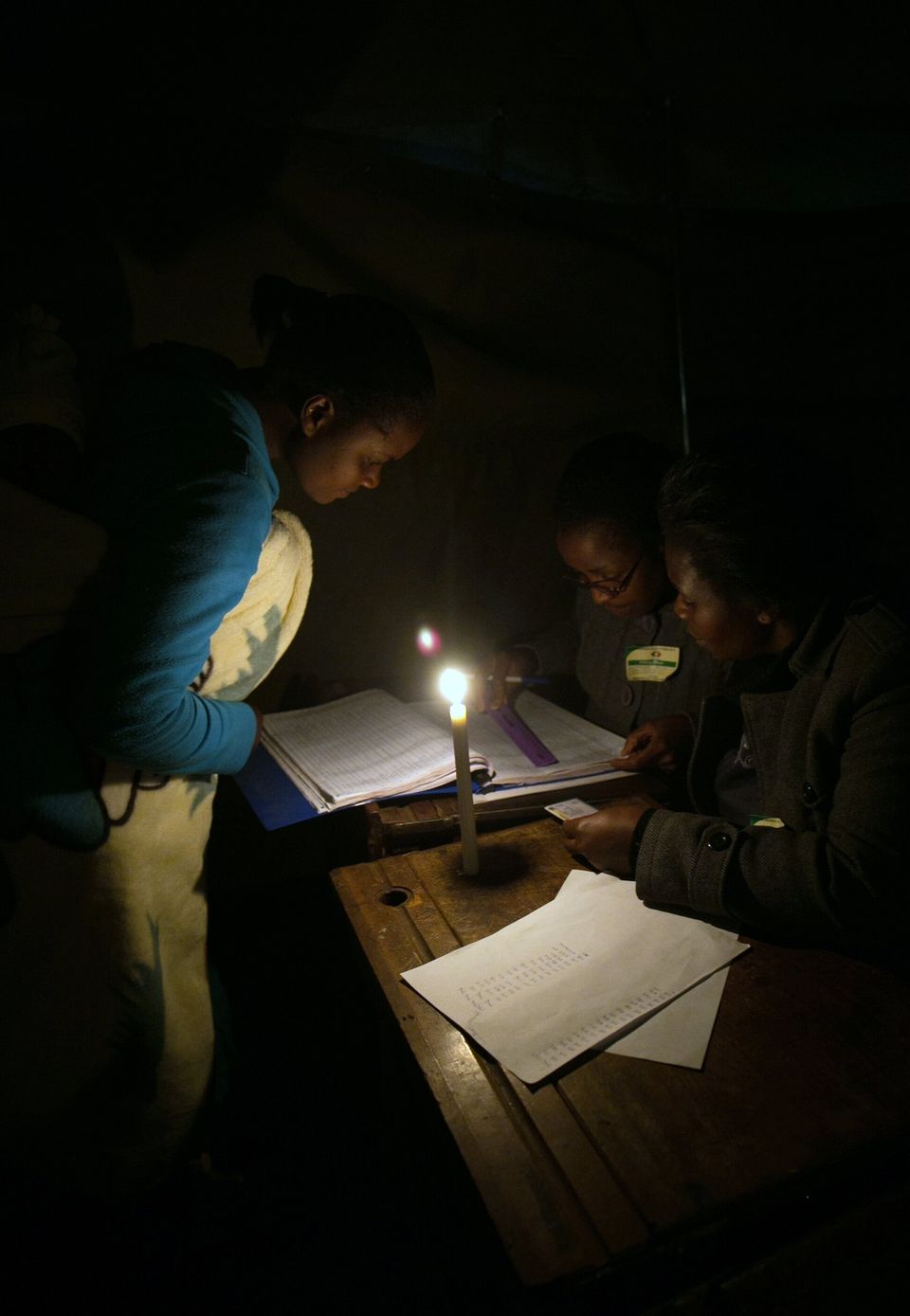