Zimbabwean President Robert Mugabe criticises Nelson Mandela for being too soft on whites, in a documentary giving a rare and intimate look into the family life of one of Africa's longest serving and most vilified leaders.

In a cosy lunch setting with his wife and children, the 89-year old speaks on a wide range of issues from his controversial hold on power, to his relationships with former British premiers Tony Blair and Margaret Thatcher.

The two-and-a-half hour interview, described in detail by British and South African media ahead of its airing, shows the usually bellicose and sharp-tongued Mugabe as a loving family man.

Dali Tambo, the son of South African anti-apartheid hero Oliver Tambo, produced the documentary, which will be broadcast on South African public television next Sunday.

In the programme, Tambo dines with Mugabe's family at his wife Grace's dairy farm.

The interview comes just months before crucial general elections in the country which in recent decades has gone from being the breadbasket of southern Africa to its biggest problem child.

One of Africa's most popular liberation leaders, Mugabe has clashed with the West over controversial policies which saw white-owned farms violently seized over a decade ago.

He said former colonial masters Britain -- with whom he has had a fraught relationship over the land grabs -- "will praise you only if you are doing things that please them".

"Mandela has gone a bit too far in doing good to the non-black communities, really in some cases at the expense of (blacks)," Mugabe said of his former South African counterpart.

"That's being too saintly, too good, too much of a saint," he is quoted from the documentary in South Africa's Sunday Independent.

Despite Mugabe's disagreements with former British prime minister Margaret Thatcher, who died in April, he says he preferred the Iron Lady to her later successor Tony Blair.

"Mrs Thatcher, you could trust her. But of course what happened later was a different story with the Labour Party and Blair, who you could never trust," said Mugabe.

"Who can ever believe what Mr Blair says? Here we call him Bliar."

But despite having governed for 32 years, Africa's oldest ruler also insists on staying in power.

According to The Guardian in Britain, the topic of the upcoming vote unleashes Mugabe's fiery rhetoric as he bangs his fist on an armrest and insists: "There is a fight to fight."

"My people still need me," he told Tambo.

"And when people still need you to lead them, it's not time, sir, it doesn't matter how old you are, to say goodbye."

Mugabe is currently sharing power with his rival Prime Minister Morgan Tsvangirai after violent disputed polls in 2008. No date has yet been set for this year's elections although Mugabe is pressing for them to go ahead as soon as possible.

According to The Guardian, Mugabe pours out his heart during the meal on his love for his wife and their "oneness".

In unusual candour Mugabe also explains his affair with Grace while still married to his sickly first wife Sally -- he wanted to give his mother grandchilden.

"As Sally was still going through her last few days, although it might have appeared to some as cruel, I said to myself 'well, it's not just myself needing children, my mother has all the time said, ah, am I going to die without seeing grandchildren'."

He married Grace, his secretary over 40 years his junior, after Sally Mugabe died in 1992.

The couple have three children. 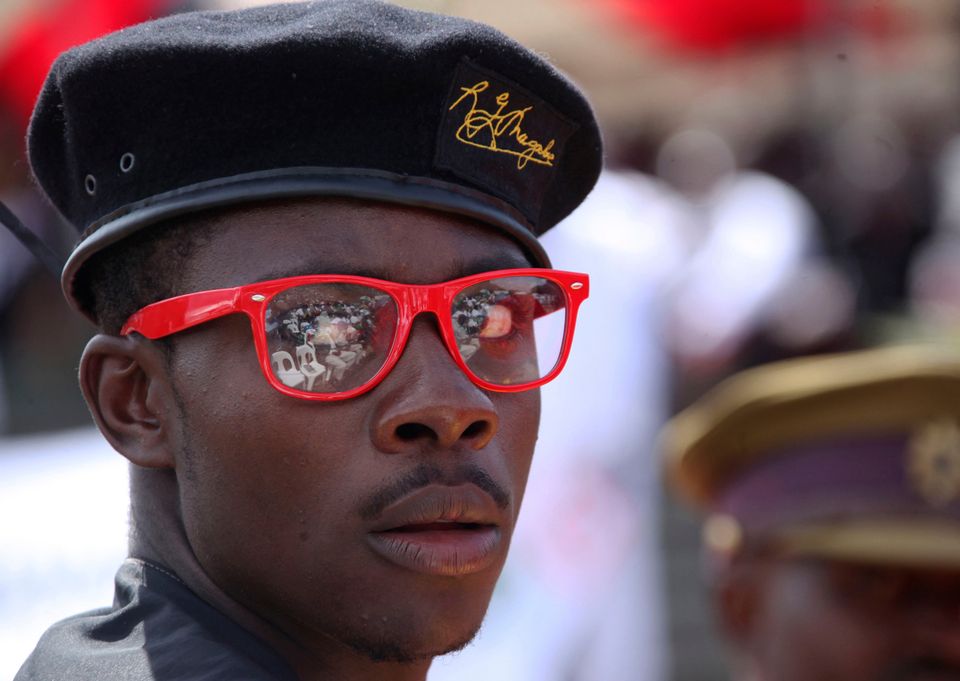