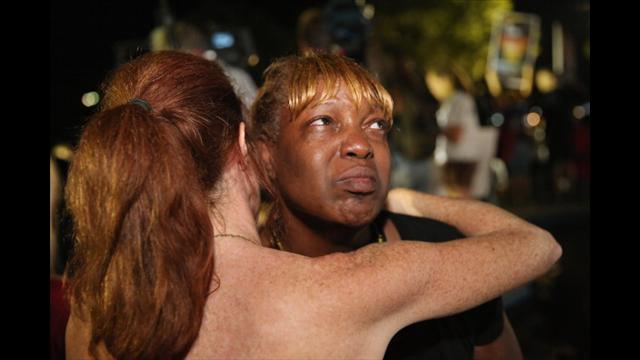 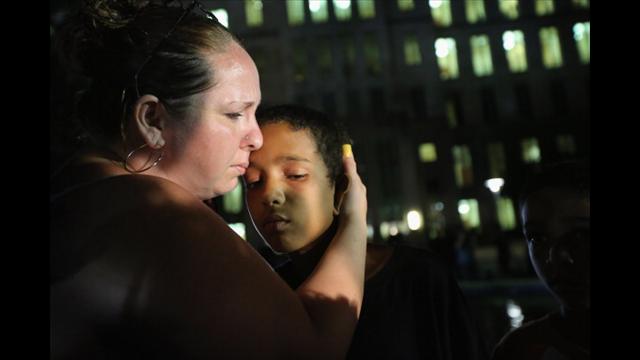 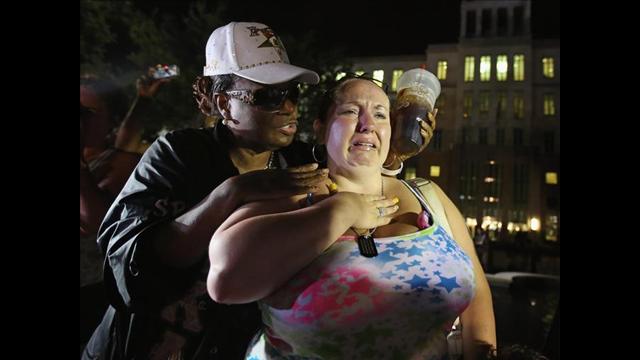 One thing that struck me immediately about the photo coverage of the response to the Zimmerman verdict, distinct from at least recent civil rights protest imagery, is the number of widely-published newswire images highlighting a multi-racial response. (There is a wider selection over at BagNews.)

What I can't tell is if this these images are reflective of an instinct to come together and its actuality, or the photos are more cherry picked and wishful. The images above by Getty's Scott Olson outside the Seminole County Criminal Justice Center certainly deliver a powerful solidarity statement, particularly the white woman reaching out to embrace the black child.

To the central question though, and perhaps an ironic one with the recent passing of Rodney King: can we say that the reaction to Zimmerman and the Florida "stand your ground" law is reflecting progress --across the broad middle, at least -- in getting along?