Neighborhood-specific maps based on all manner of stereotypes are a thing now. (Have you met the bassist-for-hire, self-proclaimed amateur gynecologist living in Manhattan, or the part-time nanny, full-time daddy's girl living in San Fran?) But Esri, a mapping technology company, is attempting to put some science behind where people live. Esri has released a "ZIP Lookup" where people can plug in their zip code and find out such things as the population density, the age range and the median household income.

Pretty basic stuff, yes. The most interesting thing Esri calculates, however, are their own "Tapestry" classifications, a series of "68 unique segments based on demographic and socioeconomic characteristics." The profiles are broken into two sections: "Lifemode groups," which are "markets that share a common experience—born in the same generation or immigration from another country—or a significant demographic trait, like affluence," and "Urbanization groups," which are "markets [that] share similar locales, from the urban canyons of the largest cities to the rural lanes of villages or farms." The classifications are based on data from the 2010 Census, the American Community Survey (ACS), The Doublebase consumer survey from GfK MRI and the Esri's most Updated Demographics.

The segments each have very specific titles. For example, you'll find groups titled "Boomburbs" (young professionals with families who live in the suburbs and own minivans) and "Trendsetters" (people who "live life to its full potential").

We were curious how Esri might describe the people living in some of the most popular zip codes in the country, so we went back to our list of 2013's most-searched zip codes to find out.

37 percent are "Metro Renters" Tapestry defines these people as young and educated who most likely live in an apartment with roommates near the center of the city. They are "willing to take risks to get to the top of [their] profession," and aren't intimidated by long hours at their job. While most of their income goes towards rent and the latest fashion and technology, they do make sure to buy their groceries at Whole Foods or Trader Joe's and they buy their clothes at Nordstrom, The Gap or Banana Republic. They also apparently like Pilates and skiing.

27 percent are the "Laptops and Lattes" group The other chunk of people living in Old Town Chicago are part of a group who are the more affluent types of young people. They usually hold jobs in finance or business and are "cultivating [their] nest eggs instead of feathering [their] nests," which is a fancy way of saying these people actually save up their money for retirement and investments. Apparently these people spend their money on "nice clothes, traveling and treating [themselves] to lattes at Starbucks or treatments at spas."

7 percent are "Trend Setters" These are usually single people who live by the motto, "You only live once." They "live life to the fullest" and spend most of their money on rent and entertainment. Therefore, they must be connected at all times and text a lot. They eat organic meals and they are "dressed head to toe in the most current fashions."

41 percent are "Boomburbs" These are "affluent young families" who have traded in life in the city for "new housing in the suburbs." They've got their eyes on the future and make sure to have a financial planner to "ensure security." Their driveways are full of "late model, imported SUVs, luxury cars or minivans." These people also support charities.

21 percent are "Up and Coming Families" These are groups of people who are "more diverse and mobile than previous generations." These are the young people who had it rough during the Great Recession but are determined to bounce back. So this means that even though they deal with student debt and mortgage payments, they are still "saving for retirement and donating to charities," all while shopping for the "best deals."

17 percent are "Soccer Moms" These are families who feel that "any minutes [they] can save is crucial" since their schedules are so hectic. They use a "variety of mobile devices such as iPods and tablets to keep [them] connected," and they frequently partake in outdoor activities like jogging or boating. 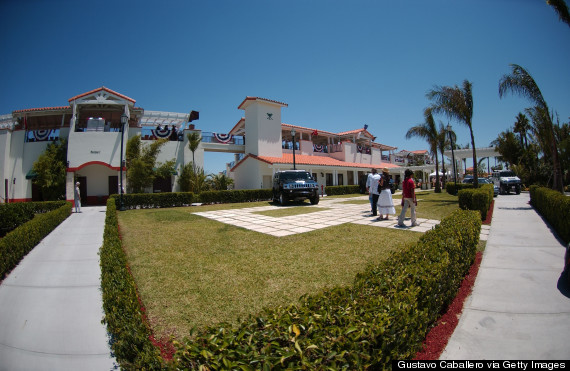 18 percent are "Savvy Suburbanites" These are "empty nesters or empty-nester wannabes" who may still have adult children living in their "established, owner occupied suburban" home with them. They are not afraid of debt and may have "a line of credit." They research everything before buying things because they value quality over price. They are also "foodies" who enjoy cooking and wine.

18 percent are part of the "Home Improvement" group These are very busy married families who paying down student loans and second mortgages. Since they are so busy, they frequently eat out at fast-food or fast-casual restaurants, such as "Chili's, Panera Bread and Chick-fil-A." Their weekends are filled with home improvement projects and trips to warehouses clubs.

11 percent are "Up And Coming Families" See previous description in subhead #2.

17 percent are "Enterprising Professionals" These are married couples who are young and ambitious. They are likely to have STEM jobs and live in rented townhouses or condos in diverse neighborhoods. "Trendy clothes and name brands" and technology are "major" for these types of people and they are "happy to discuss and advise peers about technology." They like to shop on Amazon and their favorite restaurants are "The Cheesecake Factory, Chick-fil-A and Starbucks for coffee." They also like to gamble and watch movies on demand on their high-speed Internet connection.

18 percent are part of the "Professional Pride" group These are married couples who are "goal-oriented professionals" who became very successful during the Great Recession. Both parents work to support their kids in school and they are "experts on their devices." These people are extremely proud of their "picture-perfect homes" and will invest a lot of money on upgrading their home. Every member of the family uses technology and tablets, yet they still "prefer hard copies of epicurean, home or sports magazines."

Most Dangerous Neighborhoods In America