For her screenwriting debut, actress Zoe Kazan wrote what she knew: a story about the writing process.

The 28-year-old comes from a family of writers: screenwriters Nicholas Kazan ("Reversal of Fortune") and Robin Swicord ("Little Women") are her parents, while her grandmother is the late playwright Molly Kazan; Kazan's grandfather is Elia Kazan, the late and acclaimed director. Her script for "Ruby Sparks" focuses on Calvin, a famed novelist (played by Paul Dano, Kazan's real-life boyfriend) with a decade-long case of writer's block. Spurred on by a dream, Calvin begins to write about Ruby Sparks (Kazan), an idealized version of a woman who miraculously comes to life, giving Cal everything he dreamed of in a girl, for better and worse.

If that sounds like a typical quirky indie film, don't tell that to Kazan (seriously, she hates the term "quirky"). Thanks to a strong script that is never predictable and assured direction from Jonathan Dayton and Valerie Faris ("Little Miss Sunshine"), "Ruby Sparks" is an indie romance that also works as a repudiation of indie romances.

Kazan sat down with HuffPost Entertainment to discuss her inspiration for the film and why you may be right to think of "Ruby Sparks" as a pointed response to the Manic Pixie Dream Girl movement.

What made you want to write this script? I've always been really interested in the Pygmalion myth. I think it's compelling. I'm reading this book -- "She," by Robert Johnson, who was this psychologist in the '70s and he says this thing about how we use the word myth to mean falsehood, and it should actually mean truth-hood. A myth is a story that has been stripped of any personal identity and been transformed into the universal because it is truthful. That's how I think of the Pygmalion myth, which has so much to say about both creativity -- and the experience of being creative -- and also the way men put women on a pedestal and can romanticize femininity. I just always wanted to write about that, and one morning I woke up and the seeds were in my head. Not unlike Calvin, I had a dream and I wrote it down and started to think about why I am writing this and why it was meaningful to me.

Did you give thought to writing it as a play, considering your background? I just saw it as a movie. Movies are told in pictures, and when I've written plays -- plays are dialogue. So when I start seeing stage pictures, I know it's a play. The first image I had was the first image of the movie: The girl, backlit, moving toward camera. That's a movie. You couldn't do that as a play.

It sounds like you had very visual ideas in mind when you wrote the script. Did you want to direct? No, I will never act and direct at the same time. That is asking for trouble. But maybe down the line [I would want to direct]. Jonathan [Dayton] and Valerie [Faris] did a beautiful job and they hired the most amazing director of photography, Matthew Libatique. There were a lot of choices they made that were not [sing-song] quirky indie movie choices. The choice of Matty for the DP; Nick Urata, who did the music, did this really big and lush orchestral score. It's not like an acoustic guitar with a dude singing. They made these operatic choices and it's one of the reasons I really wanted them to direct it. I knew they were capable of making unusual choices like that.

I think that helps to separate from the rash of quirky indie movies. That's my least favorite word in the world.

Quirky or indie? Quirky. It means nothing.

OK, well, since you bring it up: A lot of "Ruby Sparks" feels like a response to the quirky Manic Pixie Dream Girls in movies like "(500) Days of Summer" and "Garden State." Was it your intention to rebuff that kind of character? First of all, that term is a term that was made up by a [film critic]. So, for me, it's much more of a term that has to do with critical understanding than it has to do with creative process. Everybody is setting out to write a full character. It's just that some people are limited in their imagination of a girl. Cal's brother says that in the film: "You've written a girl, not a person." I think defining a girl and making her lovable because of her music taste or because she wears cute clothes is a really superficial way of looking at women. I did want to address that.

I was interested in what happens to a guy who starts to write someone -- and basically has an idea of her -- how does he deal with the reality when she arrives. It's not just "Be careful what you wish for." We all do that in a relationship. When we first meet someone and we find them attractive and they smell good to us, we project a whole lifetime of romantic dreams and ideals on them. As the real person surfaces, you have to amalgamate those two things. You have to either put one away or learn how to let the two live simultaneously. So, I am definitely not interested in adding to the genre of Manic Pixie Dream Girl. I'm very happy to have this movie read as a critique of that, if that's how you want to read it. It's not how I wrote it -- that was not my primary goal. But I really, really think it's dangerous to reduce a person to an idea. I think that's part of what the movie is about.

Critics have used [Manic Pixie Dream Girl] to describe Annie Hall or Katharine Hepburn's character in "Bringing Up Baby." To me, they're not manic, they're not pixie, they're not dream girls. They're people being played by really intelligent actresses bringing their full selves to the part. So, I just don't like the label. It's a way of making [characters] less individual. Not to say there isn't anyone writing characters like that. I understand why the criticism is there. I, too, have been annoyed by some of those things.

How do you want people to read Gertrude (Annette Bening), Calvin's mother? Because she seems like a real-world equivalent of Ruby. I thought of her more as somebody who had been very buttoned-up in her first relationship and sort of controlled. She said Calvin's father was like Calvin. Someone who wants certain things and has a very narrow viewpoint of the world. And when he passed away, she had this efflorescence of letting the other parts of her personality out. I don't think people are just one way. We have different ways of expressing ourselves. I did want their to be parallels between Ruby and Gertrude and that Gertrude sees herself at a younger age. She worries about whether Calvin is being controlling in the relationship. I also wanted Calvin feeling threatened by Gertrude liking Ruby and Ruby feeling less his and more a part of the group in those scenes.

Calvin does some pretty unforgivable things in the third act. Were you concerned that pushing them too far would make the audience lose their connection to him? Here's the thing. I think if you're going to make a movie in which a man can control a woman, if you don't push it to the extreme, it's going to be sexist. I think a movie like "Bruce Almighty," when he's tweaking her boobs -- when you give someone a god-like power, you can't dip one toe and be like, "Oh, the movie's moral, because he realizes it's bad." I think you have to go there, especially in order to implicate the audience. I feel like the audience enjoys watching Cal change her -- they enjoy him making Ruby speak French -- but I feel we have to go to the dark place to exorcise it. 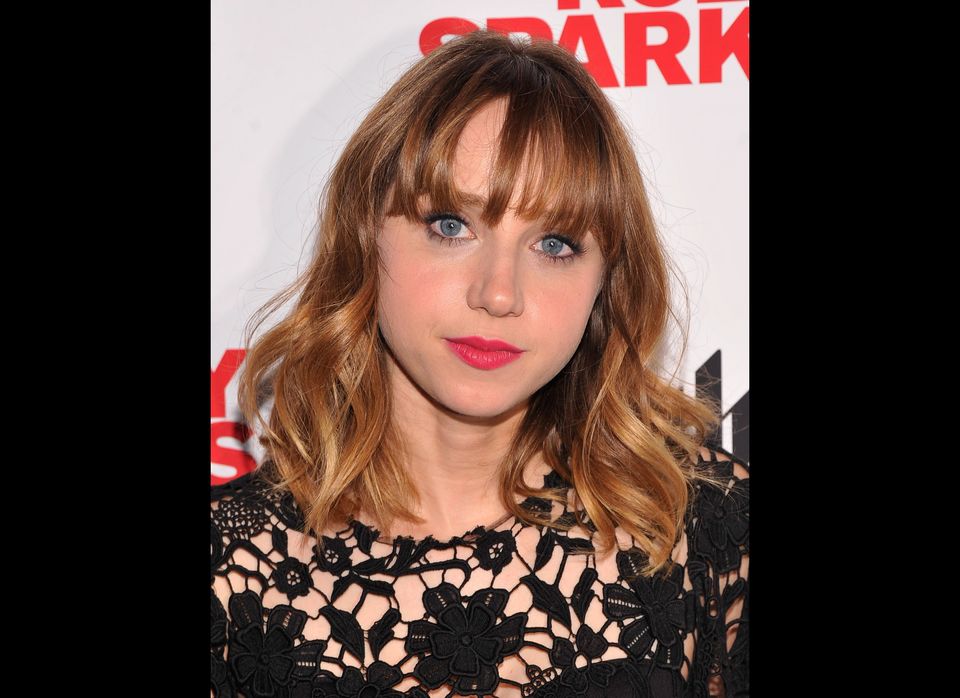