It's official: Zoe Saldana is pregnant!

Saldana's pregnancy was reported by E! News on Wednesday, July 23. This will be the first child for the "Star Trek" actress and her artist husband, Marco Perego, who married last year in a secret ceremony.

Us Weekly claims she is three months along.

"Zoe has always wanted a big family," a source told the magazine, "and Marco's on board too!"

The confirmation comes after Saldana stepped out for the premiere of "Guardians of the Galaxy" on Monday, July 21. The Internet speculated that the 36-year-old was expecting shortly after photos from the red carpet surfaced.

Saldana previously said she would want as many as five kids.

"Two or three or four or five -- I don't care," she revealed during an interview on Lifetime's "The Conversation with Amanda de Cadenet" back in 2012. "They're just so delicious. I love the anxiety and the pressure of a loud room full of yapping kids. I'm like a kid myself so I get along very well with animals and children. I dig them. I get them. A child makes perfect sense to me. [To me], a child speaks more sense than an adult."

UPDATE: July 24 -- E! News has changed their original report to state that a "source" confirmed Saldana's pregnancy to the network. The Hollywood Reporter also claims Saldana is pregnant.

See a photo of Saldana from Monday night's premiere below. 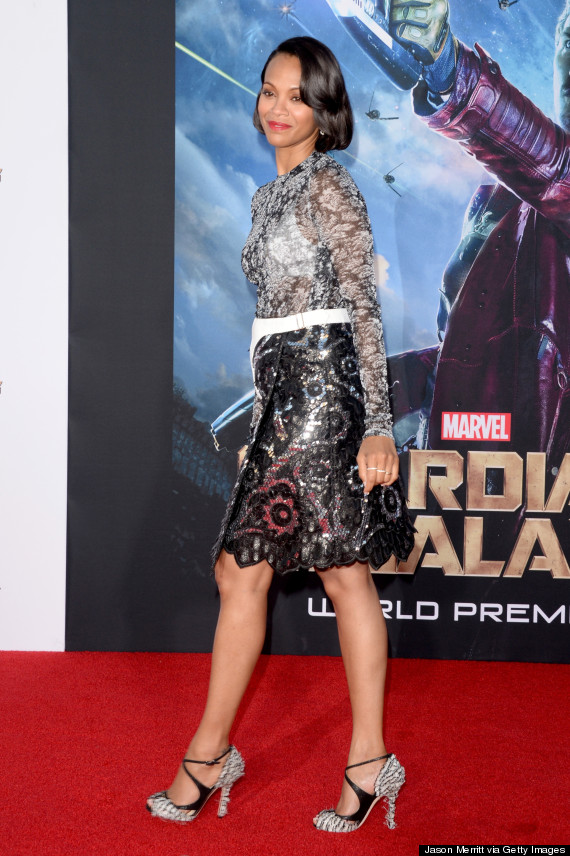