First it was zombie ants, now it's zombie caterpillars.

A new study, published in the Sept. 9 edition of Science, unveils the discovery of a gene in caterpillars that makes them susceptible to a virus that literally takes control of their brains and makes them climb to the the treetops, where their bodies liquify and rain down to the ground. The method virtually ensures that the virus continues to thrive as it comes down to Earth.

Luckily for us, the baculovirus that causes this behavior only affects invertebrates.

The virus "ends up using just about all of the caterpillar to make more virus, and there are other genes in the virus that then make the caterpillar melt. So it becomes a pool of millions of virus particles that end up dropping onto the foliage below where it can infect other moths that eat those leaves."

But the baculovirus is even more resilient than it is vicious. According to LiveScience, even if the caterpillars are picked off the treetops by birds, the virus can survive in their stomachs, and is still rained down upon the forest in the form of feces.

While the "zombifying" effect has been seen in insects before, the behavior is more commonly known to be seen when a parasitic fungus takes over, not a virus. "Who knew that a virus could change the behavior of its host?" study author Jim Slavicek, of the U.S. Forest Service, said in a statement, according to ScienceDaily. "Maybe this is why we go to work when we have a cold."

Clarification: As one reader has pointed out, the behavior of caterpillars to climb trees is natural, but typically only occurs when the insect is ready. It seems the virus suppresses the gene that causes the caterpillar to think that they should keep preparing to molt (feed), causing them to climb to a place where they eventually die. This said, the virus is still causing a change in the behavior of its host in order to help it spread.

An Infected Caterpillar About To Fall (Courtesy of researchers Kelli Hoover and Michael Grove): 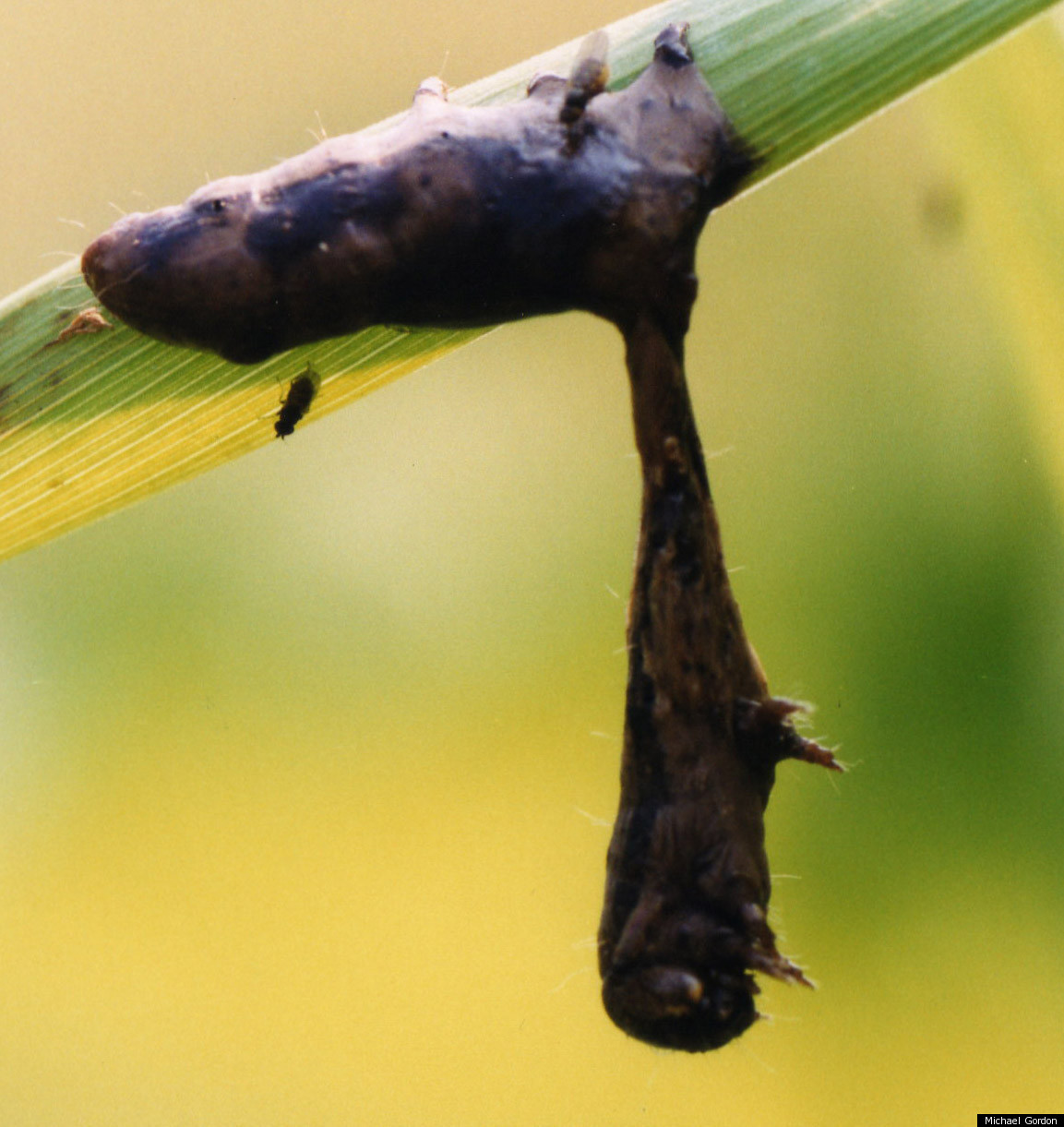 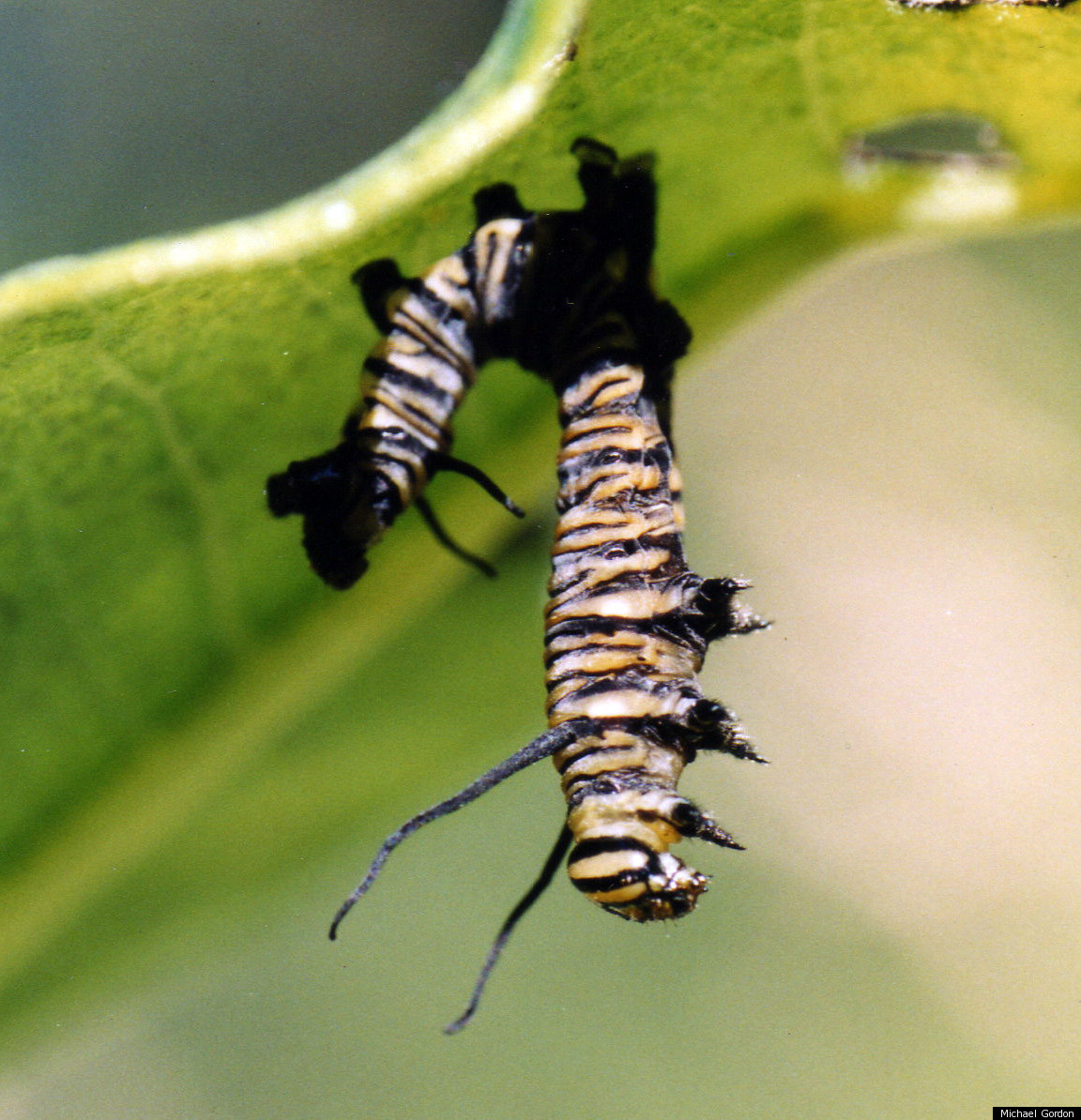