Kat Gullahorn didn't even want the chickens to begin with.

About a year ago, one of Gullahorn's neighbors just outside Albuquerque, New Mexico, decided it was time to kill his birds.

"He chose to use a BB gun and shot the chickens in the heads," she says.

He gave two to Gullahorn and her husband, Evan, who wrapped them in plastic bags and stuck them in the freezer to de-feather and otherwise deal with later. But what happened next, she says, caught Evan by surprise.

About a day later, he opened the freezer and found one of the chickens still in repose, while the other was sitting there, looking "fully alive, very cold, and pissed off," Gullahorn wrote in a June 2013 Facebook post. 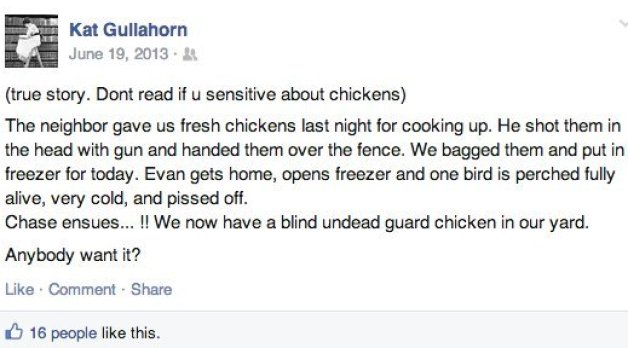 Evan was surprised, says Gullahorn -- and a little stymied. What does one do with such an animal? 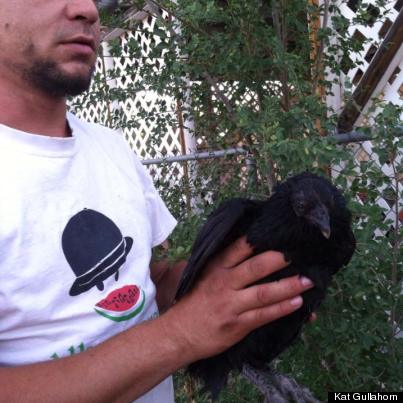 Gullahorn, with her daughter and husband, let the chicken into the yard and tried to feed her some corn meal while they considered the bird's future. The family didn't want to keep her as a pet, and they were certainly not going eat her (nor any of the neighbor's other chickens, which Gullahorn says her husband won't go near after what happened with this one).

This problem was solved when a friend and fellow clay artist, Laura Bruzzese, offered sanctuary. "Laura was like, 'you can't kill the zombie chicken!'" Gullahorn says.

"I couldn’t help but admire this chicken’s tenacity. She is courageous. She made her way out of a plastic bag inside a freezer and survived," Bruzzese wrote on her blog. "I figured any animal that fought that hard to live deserved a little help, if only for a day or two." 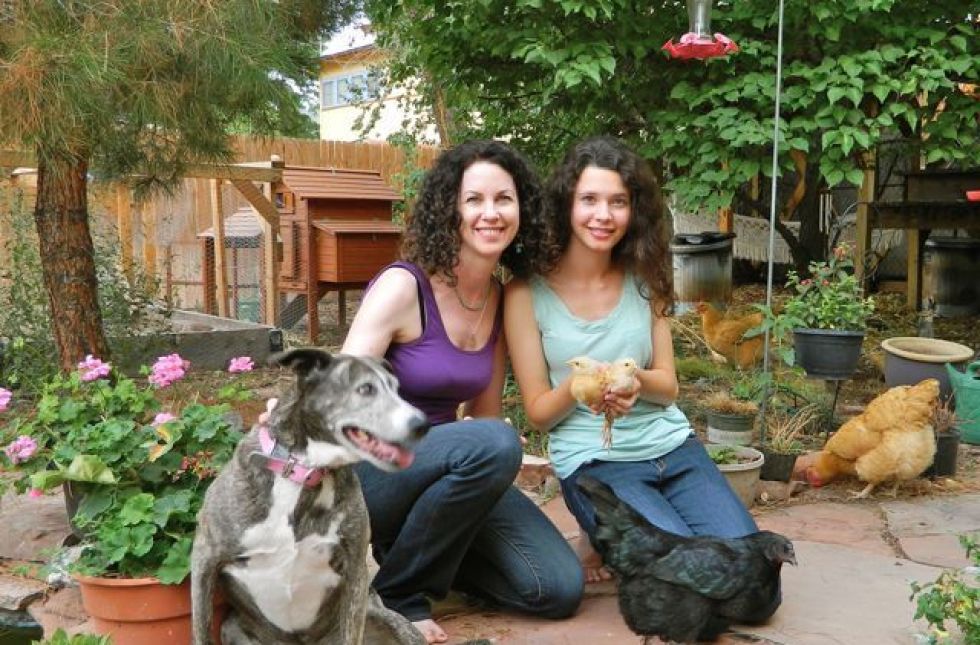 That day or two has stretched on some 14 months. The chicken -- now called Rufina, a name she shares with a Catholic martyr and pottery maker whose unshakeable faith saved her from a lion -- is blind but still alive. She even produces four to five eggs per week.

"They are small and off-white and people tell me they are very good," Bruzzese says. "I eat some, but we're not big egg eaters in my household." 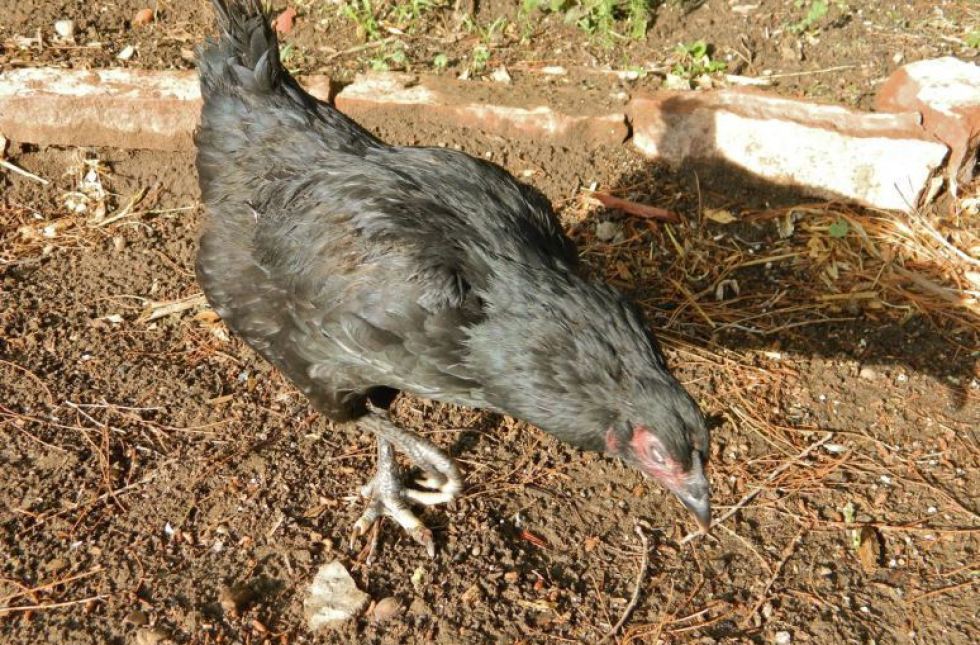 Rufina in the yard at Bruzzese's house. Photo by Laura Bruzzese

Alan Steinman, a doctor specializing in hypothermia affecting humans, tells The Huffington Post he believes it is possible for a chicken to live for some time in a freezer, since feathers "contain lots of air, which is an excellent insulator."

Exotic animal veterinarian Scott Stahl has doubts. "Perhaps if it was a walk in type freezer it may be plausible but your standard freezer I really don't think survival would be likely. Chickens do have protective down feathers to help insulate them and maintain their body temperature but that would be extreme," he says, before cracking a ... yolk. "I would suspect 'fowl play'!"

Poultry veterinarian Mike Petrik, who blogs as Mike the Chicken Vet, takes the most soft-boiled approach.

"I've heard stories of dogs under ice in a lake for several hours that have recovered. So possible? I can't say no," he says, adding that "It would be quite an anomaly. I think it is unlikely, at best. I'd definitely be skeptical -- but I'd also be skeptical of a dog under water for over an hour."

"Too bad about the naysayers, but they're not the ones who saw her frostbitten feet and felt the frozen ice cubes in Kat's freezer," says Bruzzese. And if some of the details of Rufina's story seem rather miraculous, Bruzzese -- a longtime vegetarian -- says she still hopes her pet will provoke empathy and kindness toward all chickens.

"They are curious, resourceful, have personalities and learn from their experiences. They are all unique individuals. Understanding this makes the commercial chicken and egg industries that much more heartbreaking for me," she says.

Gullahorn, for her part, swears the freezer was working, promises that no one had been drinking and does still eat (most) poultry. But she says all this has definitely influenced her mindset about certain things as well.

"I think that my neighbor needs to learn how to kill a chicken," she says. "I would have used a .22."

Read more about Rufina's adventures on Bruzzese's blog. And get in touch at arin.greenwood@huffingtonpost.com if you know a zombie chicken, or another interesting animal whose story you want to share.