An Ohio town appears to be backing down in a battle with a homeowner who had put up an undead Nativity scene in his front yard, complete with the baby Jesus depicted in zombie form:

The creche was put together in Sycamore Township by Jasen Dixon and his family for the second year in a row, in part with pieces from a haunted house he runs at Halloween.

"My family and I look forward to this time of the year," Dixon said via email. "We use this for our family craft time."

But for the second year in a row, Dixon found himself at odds with Sycamore Township over the display.

Dixon said last year he didn't apply for a permit for the manger he built around the display and got in trouble with the town. This year, he applied for the permit and was rejected -- and then was threatened with fines of $500 a day unless he takes it down.

That battle may be over. Town administrator Greg Bickford told CNN the problem was not the zombies but the roof of the display, which violates zoning rules meant to regulate sheds and other structures:

Since Dixon took the roof down over the weekend, he's now compliant and Bickford said he's no longer facing fines.

But he's still facing criticism. On Sunday, someone left a note in front of the zombie baby Jesus.

"GOD FROWNS UPON THIS MANGER SCENE," the note read, which included an explanation of why Jesus is not a zombie.

"My wife Amanda is a hardcore Catholic and we do have a son in Catholic school," he said. "We are not atheist, agnostic or devil worshippers."

Dixon has launched a fundraising campaign to help pay legal fees and other costs of the undead display as well as to a local nonprofit, with any leftover funds going to help create next year's scene.

That's right Sycamore... like any good zombie, they're coming back. 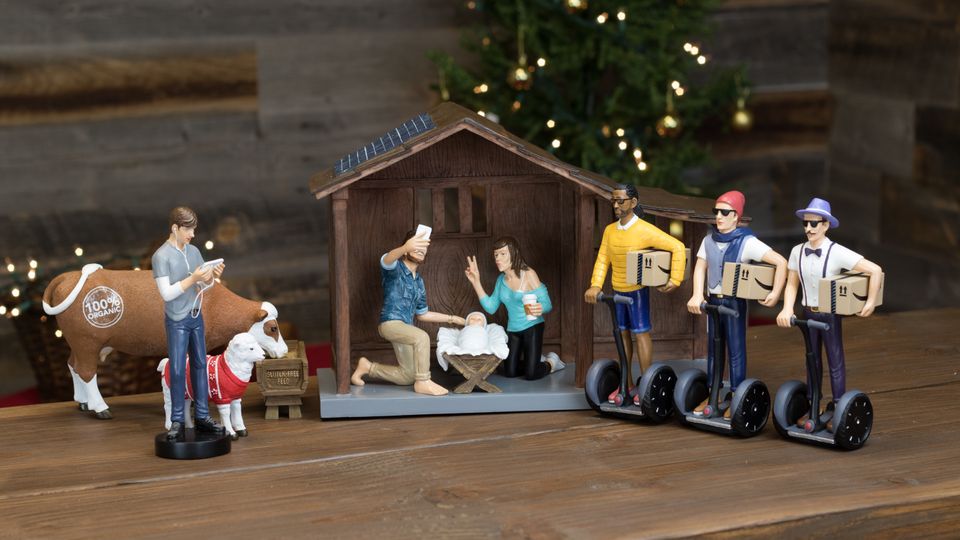