After Bill Murray cameoed in the first “Zombieland,” who you gonna call for the second? How about Bill Murray again ... and the rest of the ghostbusters?

Writers Paul Wernick and Rhett Reese told HuffPost a lot of different ideas were kicked around in the 10 years since “Zombieland” premiered, but for various reasons, many had to be scrapped. One of the weirder ones included bringing together the original “Ghostbusters.”

Reese recalls a sequence in an older version of the script where Murray, along with fellow busters of ghosts, Dan Aykroyd, Ernie Hudson and Harold Ramis, were all playing golf.

“They were all trying to convince [Murray] to be in ‘Ghostbusters 3’ and were trying to get him to make bets on the holes so if they won, he would have to be in the movie with them. They were all desperate to have it happen, and he didn’t care,” Reese said. “And they were golfing behind Joe Pesci, who was golfing too slowly and they were angry at him. Then suddenly Dan Aykroyd comes down with the zombie virus and he’s attacking Bill Murray.”

The rest of the scene would supposedly have had golf carts going into a lake and people killing zombies with sand trap rakes.

“It was crazy and could have been super fun,” Reese said.

But that idea was ultimately discarded, and the death of Ramis in 2014 put an end to any hope of all the original “Ghostbusters” reuniting. Still, the “Zombieland 2” writers did figure out a way to bring back Murray as part of a junket for the fake movie “Garfield 3,” which can be seen in trailers.

Reese and Wernick chatted with us about bringing back Murray, the different turns the script took over the years and what they think would come first: “Zombieland 3” or “Deadpool 3.”

How did you come up with the idea to bring Bill Murray back for the sequel?

Paul Wernick: Well, it was an offshoot of his biggest regret from the first movie as he’s dying, which was “Garfield,” and we thought, oh man, we’re going to now pay off a previous plan that we planted in the first movie, and then we thought, oh, “Garfield 3,” a movie that never existed, “Flabby Tabby,” and Bill having to kind of sell it as if his life depended on it.

What was the genesis of bringing the story back after 10 years?

Rhett Reese: We would’ve preferred this movie to be made in 2010 in a lot of ways, but that doesn’t mean that the script was ready in 2010. It wasn’t. We went down some different paths trying to explore what the best story was. We also ran into schedules of all these really, really now-sought-after people, from our actors to our director. Everybody was off doing fun new things, and then with the passage of time, we realized the story that we really did lock in on and we liked was not going to work because the character of Little Rock, Abigail Breslin, had grown up too much. The threads we started with all began at the end of the first “Zombieland” right outside the amusement park, and suddenly we had a young woman instead of a little girl, so there had to be sort of a reconceive.

I once talked to a zombie expert who told me to watch “Zombieland” because it’s a more realistic portrayal of how a zombie virus might work. You have a joke here where Jesse Eisenberg says “The Walking Dead” is unrealistic. Where did that come from?

Wernick: [“Walking Dead” creator] Robert Kirkman came up to me at a “Deadpool” screening years ago and actually credited “Zombieland,” its success, for AMC having the courage to move forward on a “Walking Dead” TV show. There were many zombie movies and zombie entertainment before “Zombieland,” obviously, but “Zombieland” was one of the first commercial successes of a zombie movie ... so that was pretty complimentary. And we just thought the comic book and Columbus reading in his bed felt pretty meta to us, and that’s a little bit of our humor. We’re much more meta in “Deadpool,” but we wanted to squeeze a little bit of it into “Zombieland.”

Speaking of being meta, you have Woody Harrelson’s character tell the real-life story of how he got into acting, that he was in school, did an Elvis impression and was asked to join the school play.

Wernick: The Elvis story is such a wonderful story, and really, I think that might have been the moment that cracked the movie for Woody.

Reese: He really was obsessed with Elvis as a kid, and that’s what got him into acting, that story of Robin Rogers (a high school classmate). She said, hey, you should come down and get involved in the high school play or whatever. [Harrelson said], “Well, I don’t know about the high school play, but I know I want to be near to Robin Rogers.” So he did that and he ended up becoming an Academy Award-nominated actor. That’s what set him down the path to become an actor, so it’s pretty cool to have that moment from his real life memorialized on screen.

Reese: I don’t know? We’re going to have to find out where she is.

I do have one question about the original “Zombieland.” In that movie, Wichita (Emma Stone) says the first R-rated movie she’s ever seen was “Anaconda.” But in real-life, “Anaconda” is PG-13.

Reese: It was a mistake. We assumed that “Anaconda” was a rated R movie ... and we didn’t check closely enough, and it was a mistake, but we chalked it up to Wichita’s faulty memory as a young woman.

So what do you think will come first, “Zombieland 3” or “Deadpool 3″?

Wernick: We should start a sweepstakes. Maybe an online poll? We’d be thrilled to jump into either one tomorrow. We love both universes so much and all the actors involved in both projects, so it would be a privilege to do either or both, and tomorrow is the hope.

Have you talked to Disney about the future of “Deadpool”?

Wernick: We’ve talked with Ryan Reynolds. We’re in constant communication with Ryan about many things, including “Deadpool,” and I think the promise is that Disney is planning to move forward on a “Deadpool” in an R-rated universe that pre-existed [Disney’s involvement], so that’s music to our ears, and then the hope moving forward is that we get to play a little bit in the MCU sandbox and play with some of the toys that they can offer as well, moving forward. We’re just basically kicking around ideas, and when we stumble on something that everyone gets excited about, my guess is we’ll be off to the races. 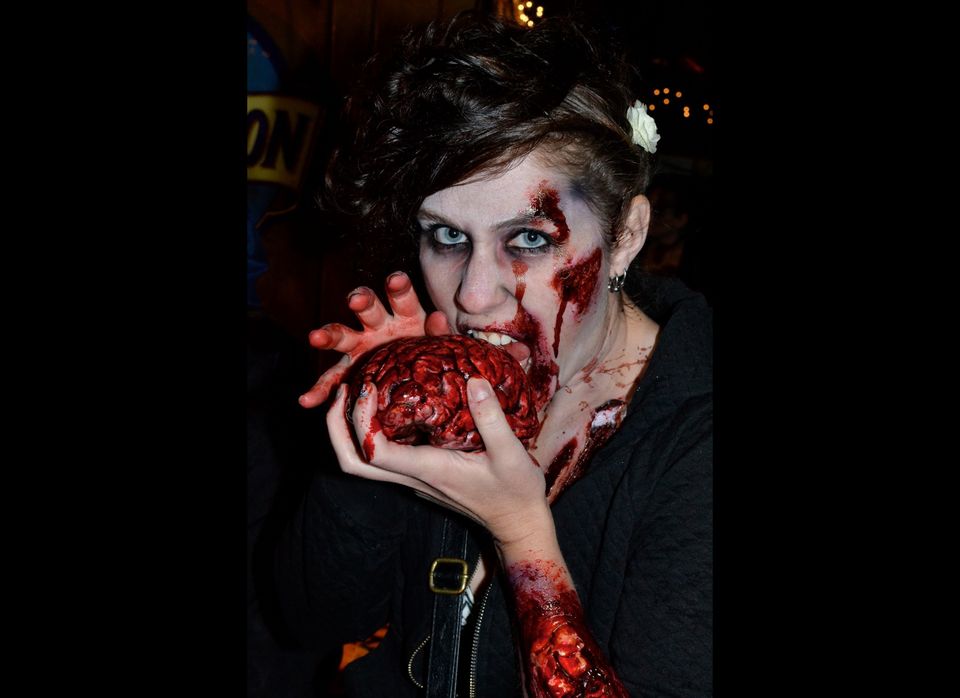