Since releasing the first novels in "The Zombie Bible," I've heard from a lot of readers asking me what zombies have to do with the Bible -- or what the Bible has to do with zombies. The answer is a lot, and I'm not just talking about the Bible's numerous references to either the risen dead or the restless dead.

After all, Western religion asks a series of nearly unanswerable questions: How do we, as a community, manage the excesses of human passion and drive? How do we maintain a just community while living in a world that wants to eat us? Is there a God in that world, and if there is, does he love us?

And though they lurch out of left field and are rarely written by philosophers or theologians, zombie stories tend to stalk down these same questions and chew their way right into them.

Zombie stories invite us to write for ourselves a secular theology of the dead. And to our battered world here in the early 21st century, that elusive theology remains a uniquely appealing one.

Stant Litore is the author of 'The Zombie Bible,' a fiction series that retells biblical stories as chronicles in humanity's long struggle with hunger and with the hungry dead. 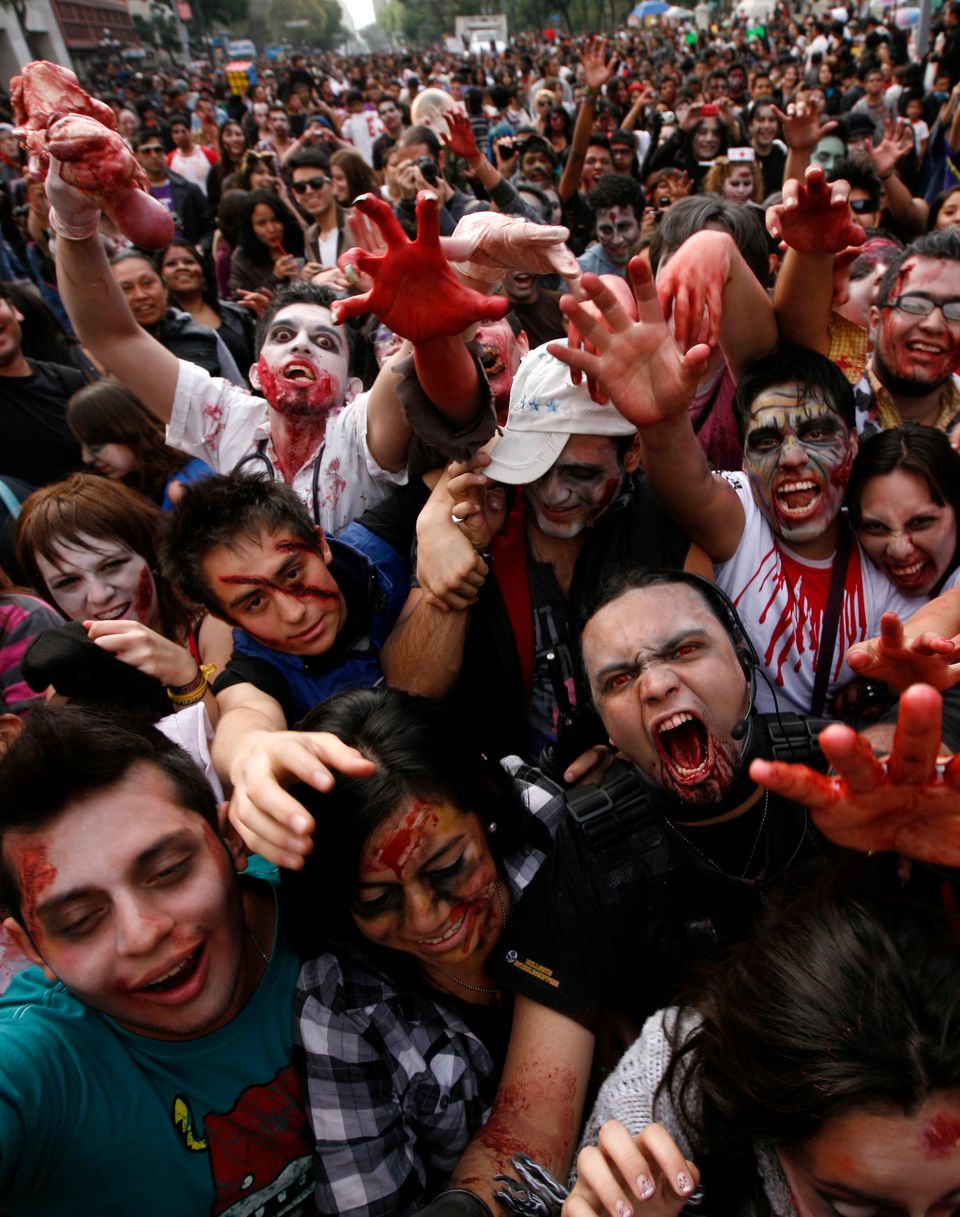 1 / 5
1. No More Room in Hell
"When there is no more room in hell, the dead will walk the earth." That was the tagline for Romero's zombie flicks of the '60s and '70s. It speaks to a bleak vision of humanity -- that our species is capable of packing hell until it overflows with men and women who are so given to their hungers that eventually they exist only to feed those hungers, rather than their hungers existing to feed them. Zombie stories throw into sharp contrast the best and worst of what we are. In "28 Days Later," it is our capacity for rage and mindless violence that is highlighted; in "Dawn of the Dead" and "Shaun of the Dead," it's our rampant consumerism; in the original script for "I Am Legend," it's our ability to hate.<br>Zombie stories boil all our postmodern angst down to one of the essential religious questions: How bad are we? And does love trump that? In religious terms, are we creatures of sin or creatures of love?<br>Photo: People dressed as zombies react to the camera during the V edition of the so-called 'Zombie Walk' in Mexico City, Saturday, Nov. 26, 2011. According to the organization 'Zombie Walk Mexico', the event gathered over 9,800 participants, breaking the previous record set in Asbury Park, in New Jersey in 2010 with 4,093 participants. Guinness World Records have not officially confirmed if Mexico holds the new record. (AP Photo/Marco Ugarte)
AP