From 24/7 Wall St.: Zombies may be the walking undead, but their contribution to Main Street's economy is very much alive. In modern times, the zombie genre has evolved from a cult following to a highly popular theme. 24/7 Wall St. estimates that today's zombie genre economy is worth billions of dollars.

Read Zombies Worth Over $5 Billion To Economy

Think way beyond zombie movie ticket sales. Think about DVD sales, video games, comic books, novels, Halloween costumes, zombie walks, merchandise, conventions and even zombie art. Add to that all of the websites, homemade movies, Facebook sites, YouTube sites and other forms of "digital" zombies, not to mention music. And if you think the financial tab has been high so far, by the end of 2012 the tab is going to be far larger.

Of course, figuring out the exact dollar figure around the "value of zombies" is difficult. Many companies and top industry leaders do not want to divulge how much they make off this craze. On a global scale, the market is even larger. Could this trend be tied to the hard economic times?

Bestselling zombie genre author Max Brooks noted on his website, "I think they (zombies) reflect our very real anxieties of these crazy scary times. A zombie story gives people a fictional lens to see the real problems of the world. You can deal with societal breakdown, famine, disease, chaos in the streets, but as long as the catalyst for all of them is zombies, you can still sleep."

Regardless of the reason, zombies are worth billions of dollars. The figure that we were able to piece together: $5.74 billion. In all honesty, this tab is grossly undercalculated in each category. By the time you add the money spent in total around the zombie genre, the figure is much higher.

These are 24/7 Wall St.'s estimates of the zombie economy. 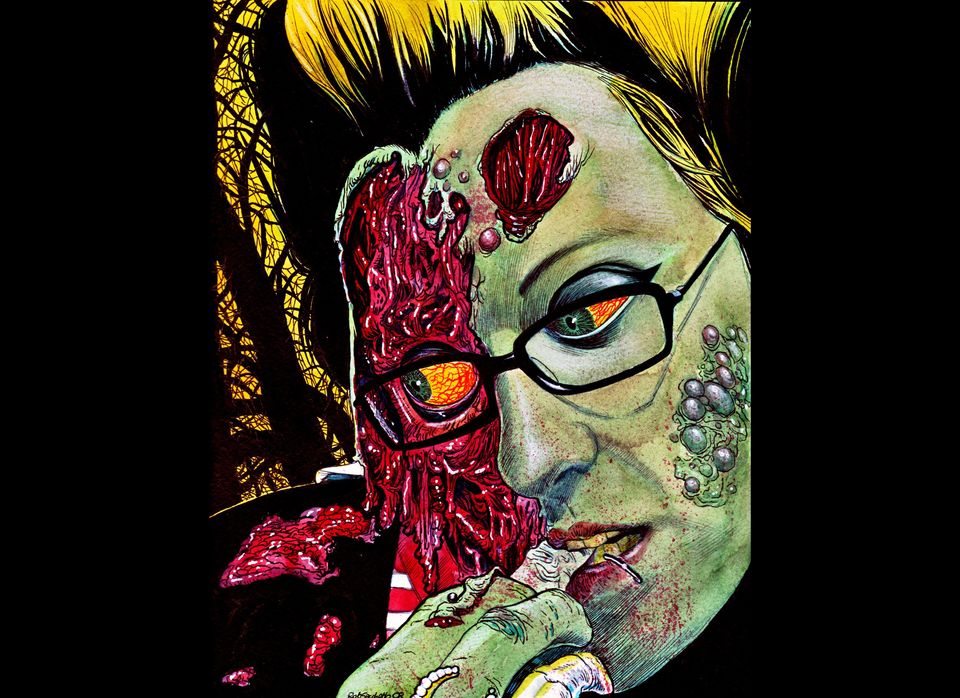 1 / 10
Zombie Art
<strong>Zombie economy:</strong> $10 million Maybe art should be under merchandise, but it is unique enough that it deserves special recognition. There may be at least 100 professional artists out there creating zombie art. Zombiemania, a documentary about zombie movies and other things zombie, featured Rob Sacchetto, a zombie artist. He will take any personal portrait sent to him and turn it into a 9″- 11″ full color zombie portrait or sketch at zombieportraits.com. He also has other art. In a telephone interview, Sacchetto noted how his orders come from people of all ages. There are also do-it-yourself programs that allow a user to turn their own photos into zombie portraits. This is such a small niche of the zombie culture that it is only being assigned a value of $10 million for an industrywide value. We have undercounted every other aspect of the zombie genre, but this one is harder to pinpoint without tracking down every artist who does zombie art for the public and for commercial or production purposes. <a href="http://247wallst.com/2011/10/25/zombies-worth-over-5-billion-to-economy/#ixzz1boCnro8L" target="_hplink">Read more at 24/7 Wall St.</a>
Flickr:superba_