A wolf in sheep's clothing? That's so out of style. How about a wolf in a tuxedo?

That's the basic premise behind "Zoo Portraits," a unique project by the Spanish artist Yago Partal, who cleverly depicts animals in outfits their human counterparts would likely wear.

Among the fashion-forward fauna: a carefree koala, wearing a delightfully tacky Hawaiian-style floral shirt; a sloth, apparently ready to go clubbing in a faded v-neck t-shirt and leather jacket; an ostrich, sporting a silk scarf, grey jacket and bowler hat.

The animals weren't actually outfitted in hip threads and forced to sit still for a portrait. Each of the pictures is a composite, reports the Daily Mail, blending a photo of the animal with a illustration of clothing.

"This idea emerged as an ad campaign for an online photo gallery," Partal explained in an email to The Huffington Post. "When I shot the first animals, the pictures got a good reaction, so I decided to continue the series until it became what it is today."

Partal added that he intends to keep adding animals to the gallery.

High-resolution prints from the "Zoo Portraits" series can be ordered on the project's website.

Take a look at Partal's work (below): 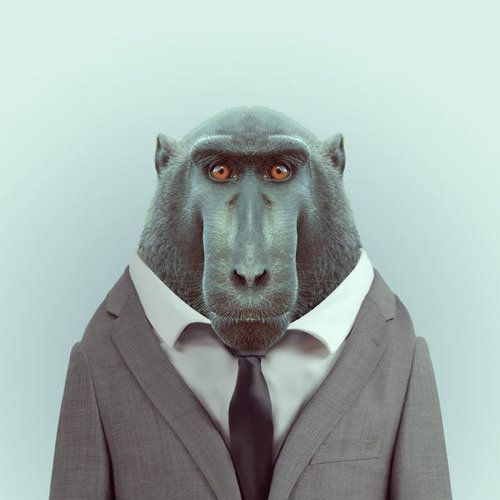