It didn't work out so well for their characters in "500 Days of Summer," but Joseph Gordon-Levitt and Zooey Deschanel have gotten together to make the world's collective heart melt once again.

The friends strummed a twee little ditty cover of "What Are You Doing New Year's Eve" by Nancy Wilson in this new video that Deschanel posted to her website, HelloGiggles. Included was an introduction that was appropriately sugar-sweet:

"I have known Joe Gordon-Levitt for going on 12 years. We first met in the summer of 2000 while doing a tiny movie called Manic, where we bonded over a mutual appreciation for Harry Nilsson and Nina Simone and I have been lucky enough to call him one of my dearest friends ever since. When we did 500 Days of Summer 8 years later, we spent every lunch hour dancing to Marvin Gaye in the hair and make up trailer; we had loads of fun. I hope to do a thousand more movies with him because he's simply the best. But in the meantime, we made a little New Year's duet for all of you! The original by Nancy Wilson. ENJOY! Don't forget to check out Joe's website http://hitrecord.org/

Deschanel's "New Girl" comes back to TV on January 17th -- her birthday -- while Gordon-Levitt, who earned a Golden Globe nomination for his turn in this fall's "50/50," has a busy 2012 that will include "The Dark Knight Rises," "Premium Rush," "Looper" and "Lincoln." 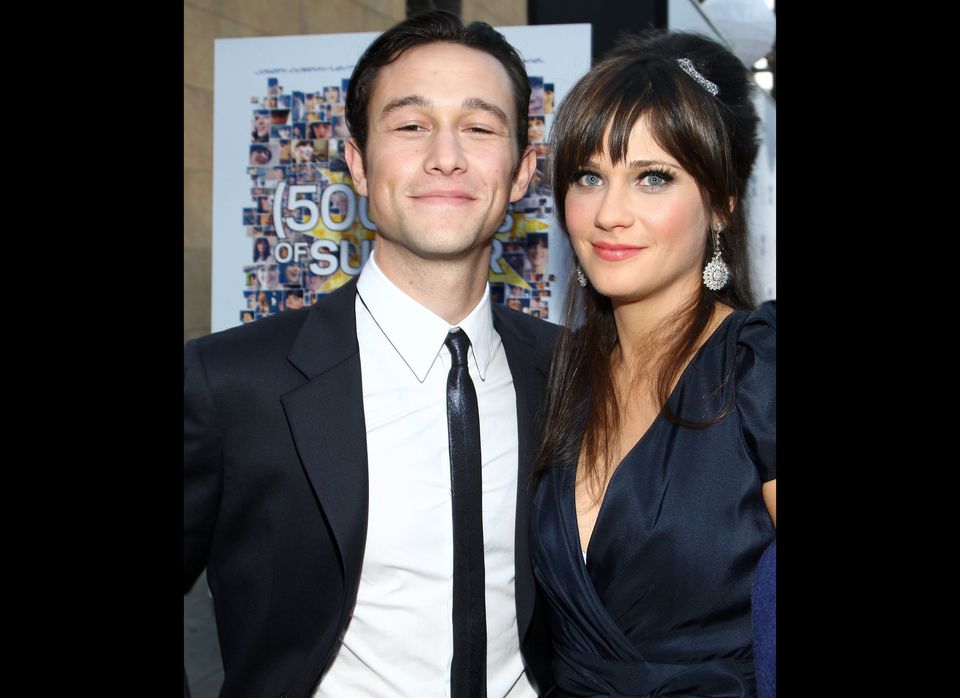