Zookeepers around the world are taking a (prehistoric) leaf out of Chris Pratt’s book, mimicking his “Jurassic World” character’s dinosaur-taming moves.

There’s a scene in the film in which Pratt is shown training a group of velociraptors. A still of that scene has since been transformed into a hilarious meme.

On Wednesday, Tumblr user Feminerds shared a photograph of a zookeeper copying Pratt’s pose with a group of walruses. 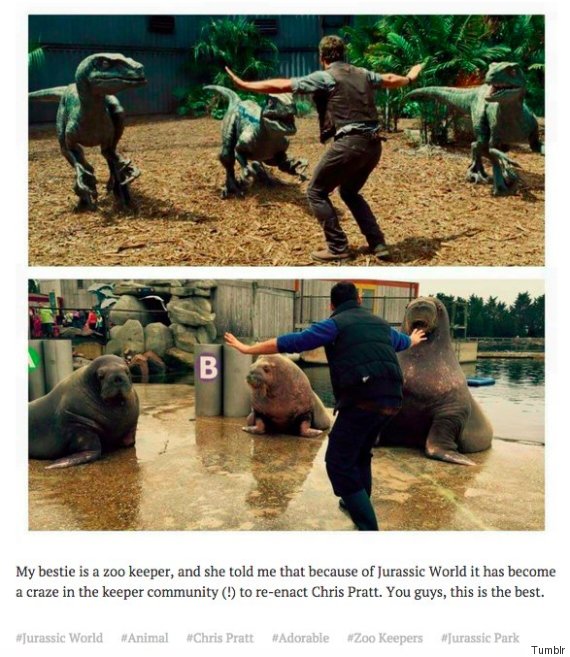 The photograph went viral, and social media was soon abuzz with images of zookeepers everywhere lampooning the “Jurassic World” scene.

Keepers have been photographed with all sorts of animals -- from tortoises and quokkas, to otters and emus. The photos are being shared with hashtags like #JurassicZoo, #ZoorassicWorld, and #PrattKeeping.

A post shared by Susie Rodenkirchen Walker (@susiethefivetoedsloth) on Jun 17, 2015 at 7:23am PDT

We are recreating Chris Pratt's raptor control from #JurassicWorld - with our Southern White Rhinos! pic.twitter.com/ntnm1UsibJ

@prattprattpratt Come on, any good keeper can do that :) pic.twitter.com/XbcHMN0gQx

It seems even Pratt approves of the meme. He tweeted Wednesday that he found the photos “absolutely awesome.” 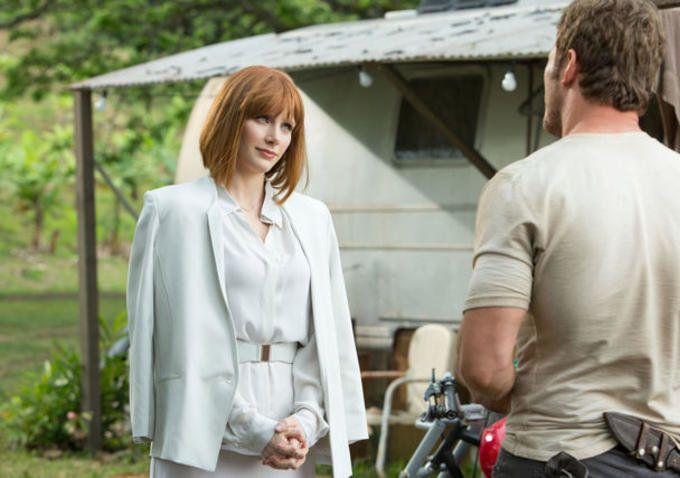