Zosia Mamet is best known as the neurotic, speed-talking Shoshanna Shapiro on HBO's "Girls," as well as for her roles in "Parenthood" and "Mad Men." But the actress took some time away from the small screen to star alongside Jessica Biel in a new indie drama that premiered at the Tribeca Film Festival.

"Bleeding Heart," from writer-director Diane Bell, follows May (Biel), a centered yoga instructor who's been searching for her biological sister. When May finally finds Shiva (Mamet), the two sisters have an immediate connection, despite the fact that they live drastically different lives: Shiva is a sex worker trapped in a violent relationship with boyfriend Cody (Joe Anderson) while May's romantic life is peaceful and spiritual.

Mamet sat down with The Huffington Post during the festival to discuss playing Shiva, one of her most impressive dramatic roles to date, and filming a disturbing rape scene in the film.

Shiva is really different from any of the characters you’ve played. She’s surrounded by so much darkness. What was the challenge in that for you?
With a character, I always find the biggest challenge is to make them real and keep them grounded. I think the whole superficial qualities that exist in her, like the fact that she’s a prostitute and that she’s abused by her boyfriend, it could be very easy to make her essentially like a soap opera character, someone who’s hiding her sadness. But I thought the most exciting thing about her, and what Diane [Bell] really wrote and tried to bring out, was how dynamic she is. She’s actually a super smart and interesting lady. That was really what I wanted to portray the most. 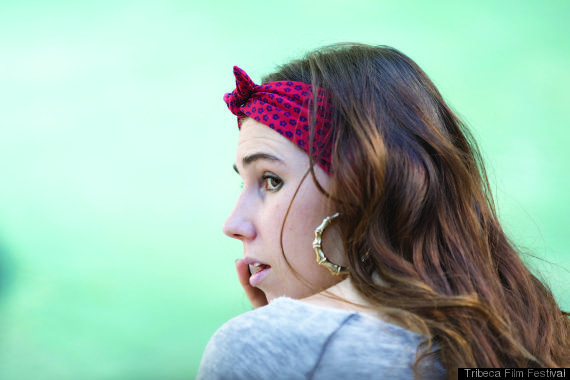 How did you avoid playing into stereotypes with her?
A lot of it was in the writing, and a lot of it too was playing around with Jessie [Biel] and keeping Shiva quirky. We really found this kind of funny, quite childlike individual. I think all of those aspects combined really made her a little bit lighter.

Did you do any research to understand the life of a sex worker?
Not particularly. I feel like what was written on the surface was enough to play that. It’s very obvious that [Cody's] very abusive. It’s obvious what [Shiva] does for a living. I felt like what was more important was making her a colorful creature. The fact that she was a sex worker was just sort of circumstantial.

Your character also has a pretty intense rape scene in the film.
Yeah. It was tense. That was a really late night. It was a complicated scene in terms of the shots Diane wanted, figuring out how to get Jessie’s POV right. It was sort of a tedious thing to begin with and we were in this tiny apartment with our entire crew, no air conditioning. Everyone is sweating balls. It was sort of thrown in last minute that [Cody] would try and rape [Shiva] with a gun. So it was intense. But the great thing about moments like that on the set was that everyone was just so professional and couldn’t have been more accommodating and gentle. But yeah, it was heavy. I think Diane really wanted something like that to show the stakes, to show why it’s pretty much life or death for May to get this girl out of there.

Did you do anything to get out of that headspace and relax when you were off set?
At that point, you’re so tired you just want to go home and sleep it off. But I think it’s important especially when you’re shooting nights and you feel distant from the regular world, you just have to try and shake it off. Like yoga and running really helped me. 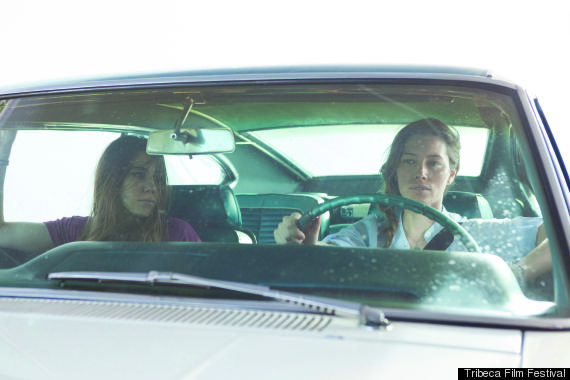 Did you do yoga with Jessica Biel?
We did yoga a little bit when we were there together. But my best friend lives in L.A. [and] when we weren't shooting, we’d go hiking or we’d see a stupid movie.

And you also work with Harry Hamlin in this movie.
It was pretty wild. He was only there for a day, and he played [his character] so well that I was totally freaked out by him. He was such a sweet human, but I was like, "You’re so creepy!" But he was great.

It’s funny too since his “Mad Men” character, Jim Cutler, arrived on [the show] right after yours left.
That’s so funny.

Where do you imagine Joyce [Ramsay] is now within the show?
God, I don’t know. I did a little interview for that recently, they were asking a bunch of guest stars. I was like, "I don’t know, I guess she’d probably join the Peace Corps or something." With Joyce, you just never know. She’d probably be like, doing acid in a foreign country.

And “Girls” Season 4 left off with Shosh planning to move to Japan. What can we expect next season?
Yes. All I can say is more wild and crazy times will be had by all. I think it’s going to be fun.