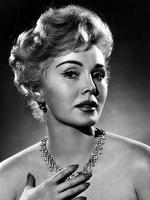 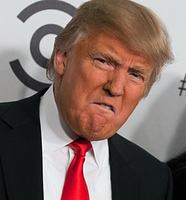 I don't know if Zsa Zsa Gabor (who died Sunday at age 99) ever met Donald Trump, but if she were a generation younger, they would have made the perfect celebrity couple.

Indeed, they both epitomized the word "celebrity." That word was first coined by historian Daniel Boorstin in his 1961 book, The Image: A Guide to Pseudo-events in America. In his book, he defined a celebrity as "a person who is known for his well-knownness." That eventually morphed into "famous for being famous."

In a 2001 essay, "Toward a New Definition of Celebrity," the historian and culture critic Neal Gabler applied Boorstin's idea to Gabor, who used her social ties (she was married nine times, mostly to very wealthy men) to get herself a number of bit parts in some really lousy movies and TV sitcoms in the 1950s and 1960s, despite having little talent for acting. She was the Kim Kardashian of her day, but before Twitter and social media, so Gabor had to work harder to achieve her celebrity status.

What binds Gabor and Trump is their successful and obsessive quest for celebrity. Can it just be a coincidence that Gabor's most famous marriage was to a hotel magnate, Conrad Hilton, who was twice her age? Can it just be a coincidence that two of Trump's three wives -- Ivana from the Czech Republic and Melania from Slovenia -- are, like Gabor, glamor queens from Eastern Europe? Is it unreasonable to think that if Trump (who was born in 1946) were 20 or 30 years older, he might have married Gabor (born in 1917 in Hungary) and become one her many husbands?

With so many parallels, they would have truly been a celebrity couple -- although likely a troubled and short-lived one. In her autobiography, Gabor wrote that during their marriage she was raped by Hilton. In the Trumps' divorce court records, Ivana accused Trump of raping her. (Trump is so smitten by celebrity, and so clueless, that he just renamed his personal plane after boxer Mike Tyson, a convicted rapist).

Another twist of fate: One of Hilton's sons, by another marriage, was named Barron. Trump's youngest son, by Melania, is also named Barron.

Despite (or perhaps because of -- who knows?) her lack of talent, Gabor wound up being a frequent guest on late-night talk shows and game shows. She didn't get on TV to promote her movies, which were mostly duds. She talked about herself, especially her views about men and relationships, typically resorting to innuendo. She quipped: "I am a marvelous housekeeper. Every time I leave a man I keep his house;" "There is nothing wrong with a woman encouraging a man's advances, as long as they are in cash;" and "I knew very little about acting but a great deal about making love." Although she never said anything profound, most Americans didn't care. They thought she was glamorous. She did, however, have an appealing instinct for self-mockery. She knew better than anyone that she was mostly a celebrity, famous for being famous. Gabler even dubbed this phenomenon the "Zsa Zsa Factor."

Gabor married into money. Once she had money, she pursued a lavish lifestyle, flaunting her diamonds and furs and other expensive clothes. In 1989, after she was arrested for slapping a police officer who had pulled her over for a traffic violation, Gabor said: "You just cannot drive a Rolls-Royce in Beverly Hills anymore, because they have it in for you." When reporters asked her if she was prepared for a long trial, she replied: "I have enough outfits to last a year." There is no evidence that she ever donated much money to charity or used her fame to promote a social cause. Zsa Zsa was about Zsa Zsa.

Trump was born into money. His father Fred built a real estate empire by using federal government subsidies to construct middle-class apartment buildings. The federal government accused him of rampant racial discrimination and lying about his construction costs to defraud the Federal Housing Administration. Despite his frequent boasts that he's a self-made man, Donald was born on third base. He inherited his father's business. He relied on his father's money (as a silent partner in his deals) to expand his own real estate holdings. Despite getting a huge head start in business, Trump's track record is a dubious one. His business career is littered with bogus businesses (like Trump University), repeated rip-offs of suppliers, contractors and employees whom he failed to pay for services rendered, and abuse of tax laws. Six of Trump's businesses have gone bankrupt. Despite this, on April 18, 2015, Trump tweeted this falsehood: "For all of the haters and losers out there sorry, I never went Bankrupt."

There is no evidence that Trump has ever had a social conscience. He's consistently misused the Trump Foundation to feather his own nest and illegally divert funds for his own business purposes, even while trying to look like a philanthropist.

Like Gabor, Trump has little talent. He had to use family connections and favors to transfer from Fordham University to the University of Pennsylvania, where he majored in business. He was a mediocre student, despite the fact that he's been lying about being "first in his class" for years. Trump has a difficult time expressing himself and speaking in complete sentences. A linguistic analysis last year by Politico found that Trump speaks at a fourth grade level. A study by researchers at Carnegie-Mellon University compared this year's Republican and Democratic presidential candidates in terms of their vocabulary and grammar. Trump's scored at a fifth-grade level, the lowest of all the candidates. Some might suspect that this is not an intellectual shortcoming but instead Trump's calculated way of communicating with a wide audience. But Tony Schwartz, who spent a great deal of time with the developer while ghostwriting his 1987 book The Art of the Deal, noted that Trump has a very limited vocabulary.

Unlike Trump, Gabor had an excuse for her fractured English, which became part of her persona. She was loquacious and had a sense of humor. She could make fun of herself. In public, Gabor played the "dumb blond" role that was popular in the '50s and '60s. It was an act, and she did it well.

Trump is a dumb redhead (or whatever you call the color he paints the phony hair on his head), but it isn't an act. Moreover, he can't laugh at himself. He's too vain and insecure. He takes offense at -- and seeks retribution for -- the slightest criticism. He has no sense of humor. When Obama made fun of him at the White House press corps dinner a few years ago, Trump bristled. In October, Hillary Clinton poked fun at him at the annual Al Smith charity dinner in New York, where presidential nominees are supposed to engage in good-natured ribbing of themselves and each other. But Trump didn't crack a smile when Clinton was at the podium. When it was his turn to speak, at an event where he should have been funny and self-deprecating, he turned nasty and the elite audience uncharacteristically booed him. Senator Al Franken (D-Minnesota), a former comedy writer and actor for "Saturday Night Live," noted that "Donald Trump never laughs."

Gabor seemed comfortable in her own skin. Trump, in contrast, is incredibly insecure. He frequently boasts about how smart he is, about the size of his penis, and about his love-making skills. He wildly exaggerates how much money he has. He uses speeches and Twitter to attack anyone who disagrees with him. Trump views all his critics as "losers" -- his most popular epithet on his tweets. Anyone who feels compelled to tell everyone how smart and virile he is clearly has doubts about his intelligence, accomplishments, and manhood.

Most real estate developers are invisible. Their names adorn their buildings, but few people recognize their faces or know anything about their private lives. Trump was different. He expanded his business empire by promoting his "brand" -- himself. To enhance the brand, he wrote (actually, had ghostwritten for him) some self-flattering books, hosted a TV show ("The Apprentice" -- where his catchphrase was "you're fired"), and kept his name, face, hair, and sex partners in the public eye. He frequently called reporters and gossip columnists -- trying to hide his voice -- to promote his love life or his newest building. He was better known for his TV show than for his hotels, casinos, or apartment buildings, but they were all part of his obsession with his brand. For Trump, the pursuit of money and fame are the same thing. He, too, has lived lavishly, in ostentatious and tasteless surroundings.

Trump has the kind of street smarts (what he calls "gut instinct") characteristic of con artists. He's impulsive and has a short attention span. He has an aversion to reading. He's ignorant of policy specifics. He's indifferent to scientific evidence. He's not self-aware. He recently said that he would not avail himself of daily briefings about security threats from intelligence officials -- making him the first president since Harry Truman to avoid them. All this raises serious questions about his intellectual and analytic abilities.

Gabor began her rise to celebrity-hood when she was crowned Miss Hungary in 1936 before moving to the United States. Trump likes beauty queens. In fact, he liked them so much that he bought the rights to the Miss Universe and Miss USA contests, in part so he could hang around, and occasionally harass, the contestants. Several of them have accused Trump of making vulgar, unwanted sexual advances toward them.

Gabor's photo often appeared on the cover of celebrity magazines. The media loved Gabor because she was always the subject of Hollywood gossip with her revolving-door marriages and affairs. But she didn't take herself too seriously, which was part of her charm.

Trump has no such charm. Before he ran for president, the media loved Trump because his ostentatious lifestyle and his penchant for dating (and marrying) beautiful younger women was fodder for the news. Once he began running for president, the media loved him because is always said something provocative and controversial. The reported his every statement, regardless of how superficial or untrue. Unlike Gabor, Trump has no capacity to recognize his weaknesses. Plus, he's also a narcissist and a pathological liar. The media are only now beginning to seriously fact-check his statements. Unfortunately, they waited until he was elected president to do their job. As a result, we have our first celebrity president.

Peter Dreier is a professor of politics and chair of the Urban & Environmental Policy Department at Occidental College. His most recent book is The 100 Greatest Americans of the 20th Century: A Social Justice Hall of Fame (Nation Books).