It's official! After months of speculation and false starts, Zsa Zsa Gabor's mansion is on the market for $15 million. The Bel-Air estate, built in the "Hollywood Regency Style," has four bedrooms, five-and-a-half bathrooms, an outdoor pool, and about 6,000 square feet of living space. The 1.05 acre-property also has views of the ocean, Downtown LA, Santa Monica, and the Catalina Islands. However, the official listing gives a big hint about some much-needed renovations: "Terrific floor-plan and an awesome remodeling project with tremendous potential."

Gabor's husband, Prince Frederic von Anhalt, announced in January of this year that the mansion was for sale at a whopping $28 million. He hoped to pay off debt and Zsa Zsa's medical bills with the sale and move into a more modest $1.5 million condo in Westwood, reports TMZ. Von Anhalt also claimed that Howard Hughes built the home and Elvis lived there for four years. Curbed LA poked plenty of holes in Von Anhalt's story, from the mansion's property details to the disputed origin of the home.

It's been a tumultuous year for Gabor, von Anhalt, and this Bel-Air estate. The home was burglarized in February, Gabor lost a leg and has been in and out of the hospital, and in late 2010 von Anhalt thought he saw a massive snake on the mansion's grounds.

Photos by James Butchart, courtesy of the official listing with Christophe Choo of Coldwell Banker. 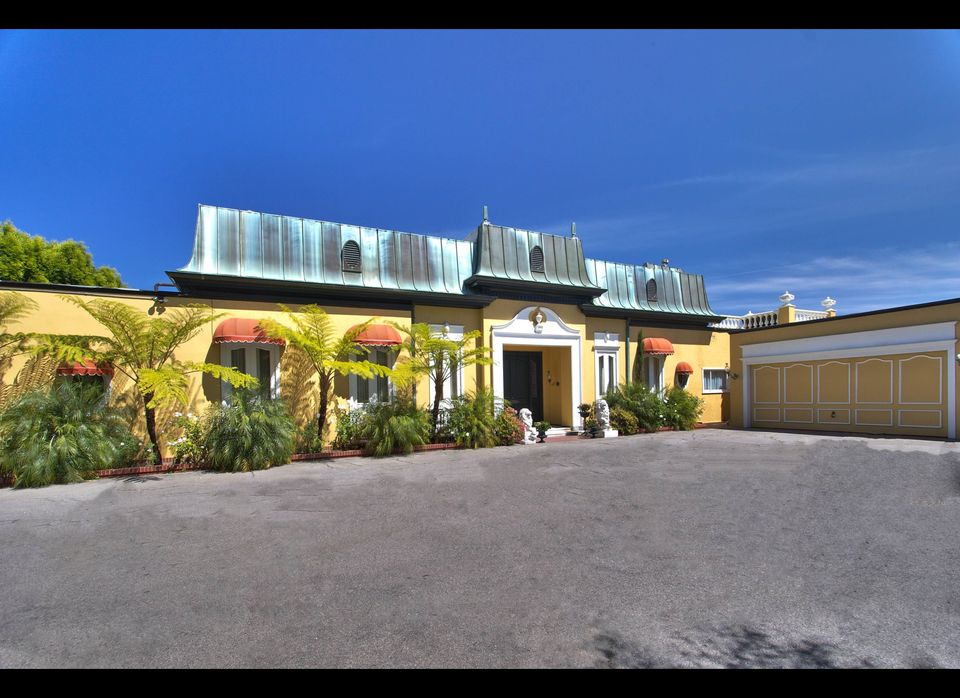