Altruism, as a construct, runs deep through the annals of religious philosophy. From a Christian perspective, altruism most commonly depends on the notion that human beings are, selflessly, to sacrifice comfort and well-being to give to another. This emerges from a theology where the Christian redeemer (divinity in human flesh) gives the ultimate sacrifice and thus serves as a model for emulation. Consider the heroic Mother Theresa who left her country, had no family, and served the poor in the streets in a foreign land. From a Jewish frame, giving to others is surely an imperative, but there is generally more emphasis on accommodating self-interest and the complexity of motives while doing so.

The Hebrew word for sacrifice is korban which comes from karov--to draw close. In sacrificing, we have a primary goal to come closer to the other or Other. Indeed, the Torah states: "You shall surely give him, and let your heart not feel bad when you give him..." (Deuteronomy 15:10). Our motives are not purely altruistic in the self-sacrificial sense of the word. Indeed, there is no virtue to lose or to feel bad after giving. This is reflected in other traditions as well. Aristotle in fact argued--correctly--that something would be wrong if we felt bad when we gave. Rather the virtuous person has their emotions and actions in sync and feels good when doing good and bad when doing bad. In the Talmud, the rabbis commented that one should: "Give tithes in order that you shall be enriched" (Ta'anit 9a). Gaining, as others gain, is a more sustainable win-win. Rabban Yochanan ben Zakkai argued that we seek atonement through acts of kindness (Avot d'Rabbi Natan, 11a). Our motive may be to fulfill the psychological need for purity and to remove guilt, but we help others in the process.

On a spiritual level, Rabbi Moshe Cordevero argued: "All souls are united, and each soul contains a part of all others" (Tomer Devorah 1:3). His student Rabbi Eliyahu de Vidas elaborated on this idea:

Even though your body's material substance separates you from your friend, the nefesh-soul of both of you is a spiritual entity and the tendency of the spirit is to make you cleave to your friend with unbroken unity. When your nefesh-soul becomes aroused to love a friend, your friend's nefesh-soul will be equally aroused to love you in return until both of your souls are bound to form one single entity" (Reishit Chochmah, Sha'ar Ha'Ahava).

Imagine if we viewed the world in such a fashion: that investing in others is investing in ourselves. Ultimately, the sparks of our souls all return to the same bonfire. We are all different, but we are also one. We are loved by others because we show them love. We live in a community that is joyous and meaningful because we invest in it. 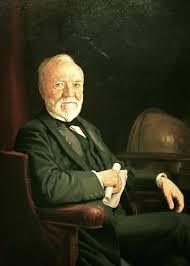 Historically, we can see this precept through the life of Andrew Carnegie, who built an unprecedented steel empire in the late nineteenth century. When workers launched a strike for better pay and lower hours in 1892 at the Homestead steel plant, Carnegie backed a brutal crackdown that included crushing the union and causing the loss of life. He later expressed regret over his actions. By the turn of the century, Carnegie publicly changed his attitude, and he became the premier champion of philanthropy. By the time he passed, he had donated $350 million to charity, most notably building 2,500 public libraries and universities. Today, far more people are aware of Carnegie Hall than they are of the Homestead strike. The fact that he needed to rebuild his reputation and leave a positive legacy matters less than the contributions he has made that enriched so many. We need not judge others who give; neither the millionaires nor those who give on any level. "Man sees what is visible, but God sees into the heart," (I Samuel 16:7). What matters is most is that we foster a culture of giving, giving that builds a healthy and just society and helps those in need. 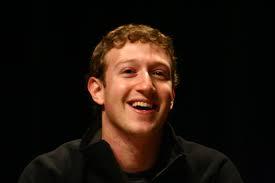 Let's look at a recent example of this altruistic spirit: The case of Facebook founder Mark Zuckerberg and his wife Priscilla Chan. They have donated hundreds of millions of dollars to health care and education, including $100 million donated to Newark, NJ to improve the public school system. Zuckerberg dwarfed these contributions with a pledge in December 2015 to donate 99 percent of his Facebook stock (valued then at nearly $45 billion) to charity over the course of his lifetime. Zuckerberg, whose $6.2 billion stock gain in January 2016 bucked a downward stock slid and is now worth $47.6 billion. In keeping with other astute entrepreneurs such as Warren Buffett, however, Zuckerberg is not going to sell his stock and donate the cash, as he would then have to pay capital gains on the stock. Instead, he will donate up to 50 percent of his adjusted gross income (the maximum IRS limit for donations) by donating the stock itself when it gets to a high level, thereby maximizing the deduction and avoiding taxes. Meanwhile, charities that are given these stocks can then sell them without paying capital gains tax. Over the next several years, for example, Zuckerberg will donate no more than $1 billion annually; with this substantial amount, many will benefit. The fact that the philanthropist has tax benefits should be no grounds for critique. 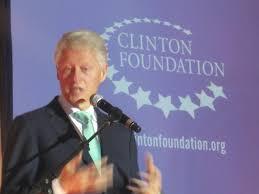 Another paragon of altruistic giving is The Clinton Foundation. Founded by former President Bill Clinton shortly after leaving office in 2001, the credo of the Foundation is to combine the forces of governments, businesses and non-profit organizations to take on major problems facing the globe. The first, launched in 2002 to deal with the HIV/AIDS epidemic and now known as the Clinton Health Access Initiative, works to increase affordable access to health care internationally, including vaccines and treatments for malaria, tuberculosis, and other diseases. Many current initiatives focus on policies dealing with climate change as well as sustainable growth programs for Africa and Latin America, an American health program to combat obesity and common ailments, and international programs to promote education, equal rights, and health care for girls and women. While the Foundation has highlighted important areas for international cooperation, it also has kept the former President in the spotlight, assisted Hillary Clinton in her Presidential aspirations, and, presumably, set the stage in case their daughter Chelsea wishes to enter the political arena. Again, this heroic work should be applauded regardless of the fact that the Clintons gain in the process.

For those of us without access to billions, we are still able to do our part! We can, obviously, donate our time and compassion to those who need our presence. We can donate personal goods or even cars for tax deductions (one study from 2000 concluded that 733,000 people donated cars that year). At the least, these donations help clear out closets and recycle useful goods that are desperately needed the poor. (Of course, one has to be wary of how much of the value of these goods actually reaches the charities. Always check to ensure your donation goes to a worthy organization who will distribute your generosity fairly.)

As complicated beings, we possess many different needs and aspirations--human and religious--that seek to fulfill the need to give. Even when we are not driven by pure altruism, we are motivated, perhaps more significantly, by self-actualization, seeking a meaningful life, or religious fervor. Nevertheless, we can still do tremendous good for others. The perfect dare not be the enemy of the good. Reward is not to be the primary motive, but it is fine to accompany our giving. We are more concerned with helping others than perfect purity in motives. And, considering that, we are better people for it.