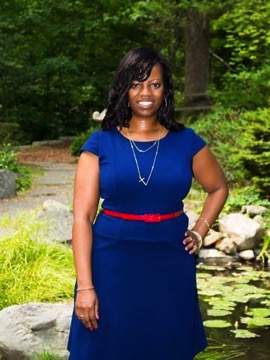 Please forgive me for saying this, but as a former half marathoner, I always thought Zumba was for sissies.

It's a workout, yes, but it surely doesn't compare to the weekly miles, hill repeats and long runs necessary to prepare for a half marathon. Many of my Zumba friends testified to its effectiveness, but it wasn't just effectiveness I was after.

I was after that runner's high. Every runner knows the feeling. It's when you're one with the wind and despite how long you've been on a run, you feel no pain... only pure joy.

However, when my life came crashing down, I was unable to chase that high. Suffering from knee pain shortly after my last half marathon of 2013, I had learned a good friend of mine was murdered. On top of that, I had decided to separate from my husband. It was never my intention to divorce, it was my hope that he'd seek counseling while I worked through my grief. Unfortunately or fortunately, that did not happen. We divorced the following year.

Devastated, heartbroken and still grieving my friend's death, I slipped into a deep depression. I cried for months, barely ate and withdrew from everyone and everything that brought me happiness. Because my behavior had begun to affect my job performance, I eventually sought a counselor who prescribed anti-depressants. And after a few months of "happy pills," I started to feel like my old self.

But anyone who's ever taken anti-depressants knows that the nausea, headaches and constant fatigue can be just as crippling as the depression itself. I fought through the side effects because it meant keeping my job and reconnecting with friends and family. Plus, it also motivated me to run again. So, for a few months, I was able to run comfortably until not just one knee, but both knees, started to bother me. Eventually, I was unable to run at all.

That's when the weight started to pile on.

Weight gain was another side effect of the antidepressants, and in addition to my sedentary lifestyle, it was only inevitable. After reaching my heaviest weight ever, it finally motivated me to do something. I weaned myself off of the meds and recalling my love for spin, joined a gym. But the classes no longer excited me. Actually, nothing excited me. But I refused to slip back into that fog of depression and fought through it. Staring at the gym class schedule posted on a door one day, a woman walked past me and said, "You might as well stop staring at it and come on in."

And it changed my life.

The first thing I noticed when walking in was the Zumba instructor's joy. It was contagious. Also, she was dressed in a cute, hot pink outfit and was wearing full make up. Who does that? Anyway, when the music started, I caught on to the moves quickly and found myself smiling. I used to love to dance. Staring in the mirror, my pot belly, love handles and saddlebags started to make me feel self-conscious. Eventually though, I stopped staring at how I looked and danced away. Twenty minutes in, it took all of my strength not to fall to my knees and cry.

I felt euphoric. And it was better than any runner's high. It took all of my strength not to run up to the instructor and give her a bear hug. Because of her energy and the music, my sexiness started to return with each beat... with every eight count. You can't really fight it when you're winding to songs such as 'Shake Your Body' or 'I'm Too Sexy.' This was the first step to getting me back. Oh, how I missed her.

Am I still suffering from depression? Yes, I am. I'm still in counseling and my doctor found another prescription drug with less side effects. I still have issues to work through and get over but this time, I won't wallow my way through it. Instead, I'm going to Zumba through it.