A Florida man faces criminal charges after his daughter fatally shot herself with a pistol that he left lying around his Lake Worth home, according to police.

Three-year-old Zuri Chambers died Feb. 13 after she picked up a loaded gun up off a table and pulled the trigger. The bullet struck her in the head, and she died later at an area hospital.

Although his daughter's death was ruled an accident, on Saturday, police charged Zuri's father, Thomas Chambers with aggravated manslaughter of a child. 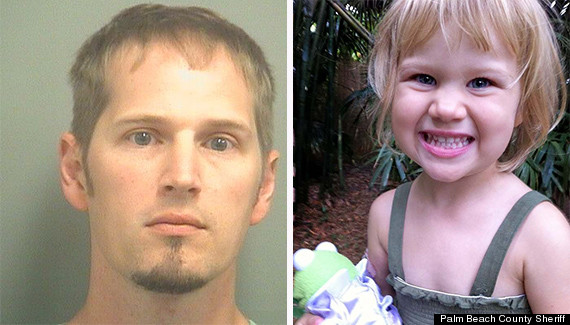 Chambers, who has a concealed carry permit and no prior criminal record, was arrested Saturday and released by a judge on his own recognizance.

The Palm Beach County Sheriff's Office said the charges are warranted, since Chambers had received firearms training and knew to keep his weapon safe. The fatal incident was also the third time Zuri had toyed with a gun she found at home, according to police.

Once, according to Chambers' arrest report, Zuri's mother woke up to the child pointing [a gun] at her. Another time, Zuri grabbed a firearm that was sitting in a laundry basket. Chambers told investigators he never imagined the toddler was strong enough to pull the trigger, which requires 10 pounds of pressure.

Her father, who said he takes the gun to work because he makes bank deposits, told police he'd left the gun out on a table near the front door so that he wouldn't forget it, according to CBS 12 News.

Chambers, who works at Go Yo! Frozen Yogurt, was getting ready for work in his room when he told police he heard a "very loud pop," then discovered his daughter.

By Florida law, guns in the home are to be secured in a locked box or otherwise kept readily at hand.

"No parent intentionally leaves things exposed for children," he told the Sun Sentinel in February. He said his brother was a responsible gun owner.

Under Florida law, a person who causes the death of any person under the age of 18 by culpable negligence commits aggravated manslaughter of a child.