When you're on your travels, does anyone ever ask you if you're running away from something back home? People ask me this all the time. My dad, even after all these years, constantly asks what I'm running from, and just a few months ago, a commenter on my website told me to stop running away and start living life. I've been told I live in a fairy tale, a friend told me I don't live in the "real world", and once I even came across a blog called "Mom Says I'm Running Away".

I'm not sure why, but there seems to be a persistent perception out there that involves those who travel for a long time. The idea that anyone who travels for a living or anyone who isn't interested in getting a conventional job must be running away from something, right?

Ask a random stranger what their three favorite pastimes are and chances are one of those answers will be traveling. Most people love to travel, but those who live a nomadic lifestyle or those who linger a little bit too long before they make that final journey home, are often accused of running away from life. Too many seem to assume that the reason someone leaves everything behind is because something bad happened in our past or there was some problem at home that simply couldn't be dealt with. So instead of facing it, we travelers ran away. 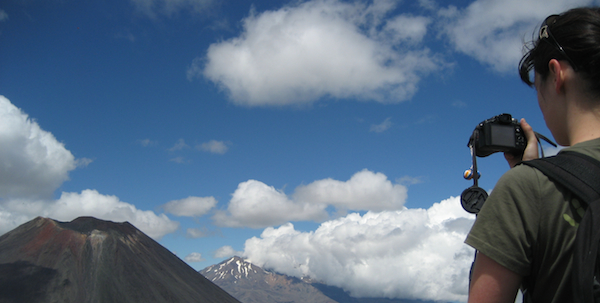 Everyone I know who became a vagabond, nomad, and wanderer has done so because they wanted to experience the world, not escape their problems. We are running away from office life, commuting, weekend errands and we're heading directly for everything the world has to offer. We want to do what we want, and we want to do them how and when we want to do it. This isn't about running away, it's about living. Life is short and we only get to live it once. Elizabeth Gilbert decided to Eat, Pray, Love because she got dumped. I met someone who was traveling because they lost their job. Yes, it's true that some people do run away, but most of us are simply running away from the normal idea of the real world.

As an American, my perspective might be different from the rest of you. Here in America, you are expected go to school, get a job, get married, buy a house, and have your 2.5 children. You work hard, follow the rules, and retire. It's like The Matrix, and any serious deviation is considered abnormal and weird. People may want to travel, tell you they envy what you do, and wish they could do the same but really, they don't. If they did, they would do it. It's not that hard. I worked for two years, quit my job, and started traveling. There's no trust fund behind me, but I do have to work hard to live this lifestyle. But everyone always ends a conversation with, "So when are you going to settle down? Are you going to married?" And what they're really asking is, "When are you going to grow up and get real!"

Years ago, at the height of the economy, a book called The Secret came out. According to The Secret, if you just wish and want hard enough, you'll get what you want. Wishing can make it true. But that's wrong -- the real secret is that you get what you want when you do what you want. Life is what you make it. Life is yours to create. We are all chained down by the burdens we create for ourselves, whether they are bills, errands, or, like me, self-imposed blogging deadlines. We all have responsibilities. When we let those responsibilities own us, however, they become our reality. After years of working in a cubicle, I decided working 9 to 5 wasn't going to be my life. So I ran away from my bills, my daily commute, my nice apartment, and my nice car. It was the best thing I ever did.

People who travel the world aren't running away from life. We get to be the captains of our ships. In fact, it was that freedom I saw in travelers I met years ago that inspired me to do what I am doing now. I'm not running away from my life, and neither is anyone else. I am running towards the world. And I never plan or want to look back.