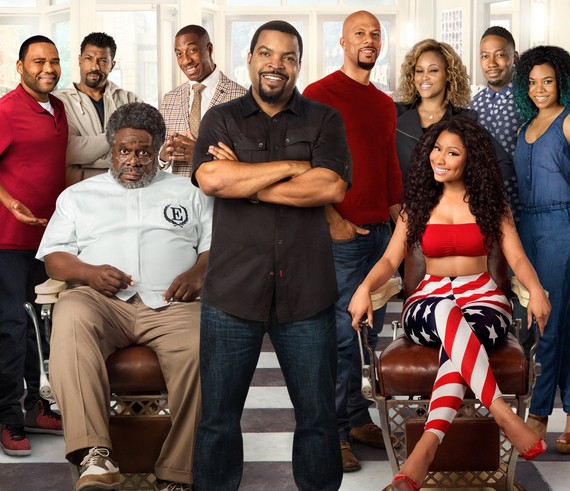 I got to be honest, I saw the new Barbershop movie last night. I was about 15 minutes into the film when my whiteness popped up, and I found myself saying in my head, "I wish there were at least one white person in the film." Then I thought, "wait a minute, this is how people of color feel every moment of every second of every day while being bombarded with billions whitewashed images, media and narratives."

By the middle of the film, I found myself thanking God that there were no white characters in the movie. I realized the rarity, importance and beauty of this no-white-characters film. By the end of Barbershop all I could think was what a great script it was with such powerful and authentic performances. So, lastly I asked myself what people of color know every time they turn on the TV or go out to see a movie; how many white stories have been told and retold again and again? How many characters and stories that depict people of color have been shown solely from a stereotypical or negative viewpoint? And how many stories and characters about black, brown, indigenous and Asian folks use white actors to play their roles? As white folks, we must acknowledge that having yourself overly represented in all media is yet another unjust white privilege.

So, white people, as you continue to watch our sea of whitewashed narratives and images across the screen, please be mindful of how it would feel to be under-represented and continually misrepresented because of a biased and racist media system. We all, including Hollywood, must think outside of the white box that we have been conditioned from. And go watch Barbershop: The Next Cut. It's a great and important film with some genuinely funny moments that includes many compelling social commentaries as well.