Not that long ago, a couple in their late-20s sought my advice about buying their first house. They have been married for a few years and with the real estate market in Los Angeles starting to show stable vital signs for the first time in years, they didn't want to miss the chance to buy when prices and interest rates are low.

When they told me the neighborhoods they were considering, I shook my head vehemently "no" and explained how they all had crappy schools. "If you buy there, you'll wind up spending a ton of money on private schools," I said, "plus those aren't kid-friendly areas. Once you start a family, you'll want to be around other young families, near parks, day-care centers -- not so much the trendy restaurants and clubs."

Their response startled me. Kids weren't necessarily in their future, they corrected my presumption. Sure, having children was a remote possibility, but certainly nothing imminent, and absolutely not a certainty.

A similar conversation took place just a few days ago. In the course of talking with a colleague about her upcoming nuptials, I casually asked about her plans to start a family. She and her future husband have none, she said flat out. "We are having too much fun," she told me. Both are inclined to continue their lives without kids changing the equation.

I have known for a while that the trend among young college-educated couples in the U.S. is to remain just that: a couple. The statistics bear out what I've seen anecdotally. In 2011, the U.S. fertility rate -- the number of children an average woman bears over the course of her life -- was 1.89, according to the latest preliminary figures from the Centers for Disease Control and Prevention. The national replacement rate is 2.1. If the average woman has more children than that, the overall population grows. When she has fewer kids, the population shrinks. America's fertility rate hasn't been above the replacement rate pretty much since the early 1970s.

When this happens, it results in a society with more older people than younger people in it. I could pontificate on how this kind of sucks for my generation -- as a post in the Wall Street Journal recently did, calling the declining fertility rate "the root cause of most of our problems."

Personally, I wouldn't go that far; not even I am that selfish -- although certainly it would be a problem-solver if there were more young people around to contribute to Social Security and fund Medicare, not to mention more of them to take care of the older demographic which is burgeoning each day by another 10,000 people turning 65.

My issue with young people deciding not have children has far less to do with any societal obligations they may or may not have. It's way more personal: Yes, you may count me among those dumb-clucks who worry that young people just don't know what they're missing and when and if they do realize it, it'll be too late.

At the risk of sounding my age, I was raised believing that women got married and had babies -- preferably in that order. Truth is, while I didn't break the mold, I certainly didn't conform to it either. So I do get it; I understand that parenting is a matter of personal choice and that not everyone wants kids.

That knowledge isn't going to stop me from treading in snark-infested waters here. I've already met the hostility from those who are tired of explaining why the choice their parents made -- to have children -- isn't the choice they are making. They would prefer that we define them as "child-free" rather than "childless" -- a distinction they feel reflects their choice in the matter. Childless, in this new world order, is when you plan on having kids later, are trying to have kids but haven't been able to so far, or at very least you like kids and think they'll enter your universe at some point. Child-free, on the other hand, reflects the choice of keeping the little ankle-biters at bay. As one child-free proponent wrote, she largely finds children annoying, would never intentionally harm them, but would prefer that they were kept at a distance and wishes her neighbors would stop attempting to foist them on her.

I happen to agree that people who don't want children should not have them. I'm delighted to wish you well on whatever road you take, but I do find myself stopping mid hand-wave and asking this question: Really?

How can you be so sure? I think having kids is one of those things you should probably never say never about. What feels right today may not feel so right tomorrow. I'd be the first to acknowledge that not everyone is cut out for parenting; yes, there are some mass murderers and a few soccer moms I'm directing that comment to. But, based on nothing but my own experience and beliefs, parenting is a unique experience that stretches our capacity to show compassion toward others. It lowers our self-absorption level and requires us to put another's needs ahead of of our own. That's a good thing, especially when carried out on a large scale.

Parenting, in my opinion, also presents us with the best opportunity to have our days on Earth count for something: Producing a child who can make us better as a civilization, turn us into a kinder and gentler nation. It is our last best-chance to make a difference and answer the question of why we are here. And no, we are not here to simply try every hip new restaurant or tweet about what we watch on TV.

I came to motherhood late myself. I was focused on my career, traveled the world, and filled my holiday tables with other single friends who served as my surrogate family. Plus, truth be told, I was never that smitten with babies. I remember being in situations where someone would pass a baby to me and I'd hold my breath counting the seconds until someone took it away. I was never infatuated with the smell of new babies, never yearned to be pregnant.

It wasn't until my new husband -- who already had grown daughters -- convinced me of two things: He wasn't done parenting and he felt certain that I needed to begin it.

I came home one day and found an adoption application on the dining room table. Things sort of snowballed from there and two years later, we were sitting on the tarmac in a plane ready to take off from Los Angeles International Airport for China where our beautiful five-year-old daughter was waiting for us. As the plane's door shut and locked us in, I remember digging my fingernails into my husband's arm and began a panic-attack blather: "We don't have to do this. Our lives are perfect. It's not too late to change our minds. We can go to China and just go sightseeing. I don't want to do this, really, please listen to me."

Fortunately, Valium and I have a special relationship when it comes to airplane travel. It's one of those never-leave-home-without-it situations and it did the trick here. When we landed, my new daughter broke free of her caregiver's hand and ran straight into my arms. We bonded in the six seconds it took her to cross the room and any qualms I had about the radical change my life just took dissipated in those six seconds. She is now 15 and has a brother, also from China, who is three years younger.

The rest, as they say, has been history. My kids have forced me to become a better person. Rather than risk seeing disappointment in their eyes, I have pushed myself hard to be the mother these precious children deserve. I have learned from them how to value a kind word and how to forgive those who would use unkind ones. I have risen to the occasion, found strengths and patience I didn't know I had, and believe that the very reason I came into existence was to launch these two children into happy, fulfilled lives. From them, great things will flow.

Which gets me back to not quite understanding why so many of the best and brightest seem to be shunning parenting. There's a bit in the movie "Idiocracy" that a childless co-worker flagged for me. If it wasn't so funny, I'd be crying about it.

Midlife Ramblings: What I Don't Get About My Childless/Childfree Young Friends
Post 50 Celebrity Moms 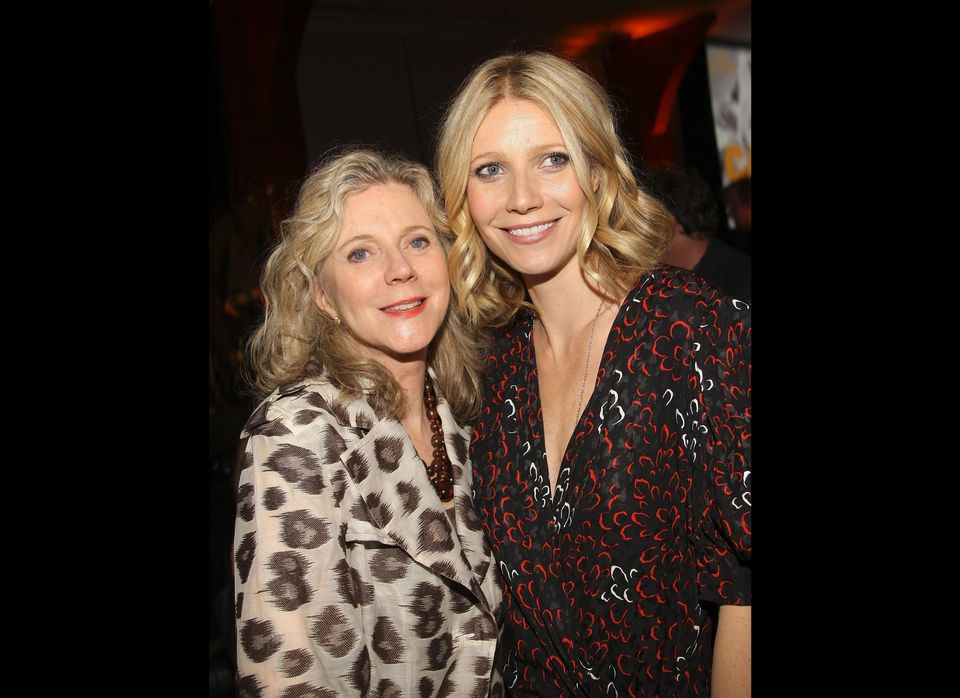 1 / 17
Blythe Danner
Blythe Danner, 69, with daughter Gwyneth Paltrow. Danner's son is director Jake Paltrow. Danner -- grandmother to Paltrow's Apple and Moses -- recently praised her daughter's parenting skills in <a href="http://www.intouchweekly.com/posts/blythe-danner-talks-oscars-exes-and-motherhood-19860" target="_hplink">In Touch</a>, saying, "I don't know how she does it, she balances everything a lot better than I ever could have."
Getty