A hunch turned a convenience store clerk into a hero.

Rebecca Montano of Arvada, Colorado, was manning the counter at a gas station when she noticed a customer, a mother holding a baby, looked a little off. Montano told 9 News:

I was talking to the baby and she -- the girl -- had a glazed look on her face. I wasn’t sure, I felt uneasy about it. I was asking her, 'is everything OK,' I grabbed the baby’s arm and she started to sway, she wouldn’t answer me. She was just lost in space, so I thought I better take the baby, something doesn’t feel right. And then right there she started to fall and I wasn’t sure still exactly what was going on, so I yelled at [a nearby] customer that was in the store [for help]. She fell, I came back, grabbed the phone called 911.

Fox 32 obtained the original security footage and posted it on Facebook:

STORE CLERK SAVES BABY FROM FALL: The employee knew something was wrong when the mother began to sway back and forth. http://bit.ly/1RpzSG7

Montano hopes the woman, who has been identified simply as Jessica and is doing well, will come back to the store with her baby for a visit, telling 9 News:

According to the CDC, if you see someone have a seizure you should ease them to the floor, put something soft, like a folded jacket, under their head and clear any sharp or hard objects that they could possibly hit. Remove their glasses if they are wearing a pair. The agency also suggests you stay with the person until the seizure is over, and when it is, talk calmly and comfort them. If a seizure lasts for more than five minutes or if the person has never had one before, it's recommended that you call 911.

For more details on this story, visit 9 News' site. 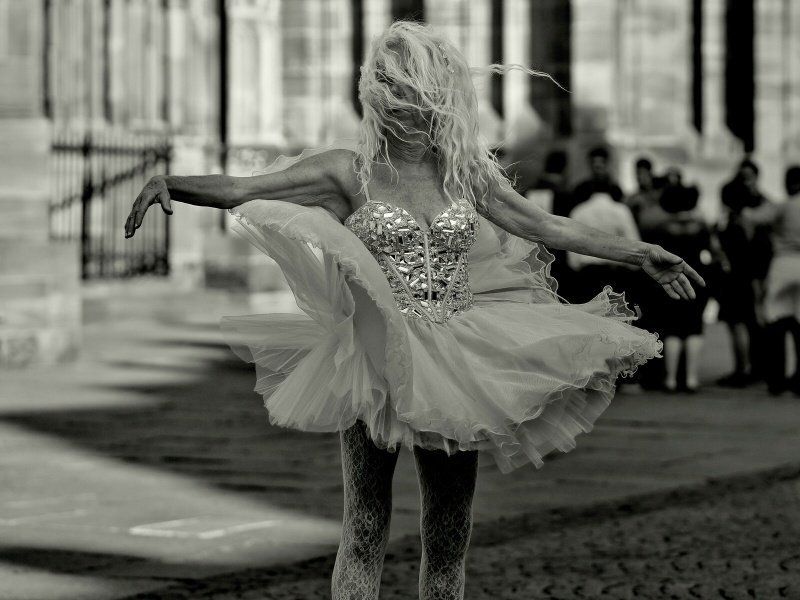