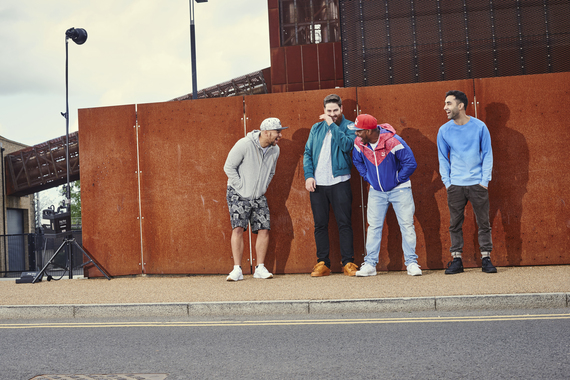 In 2013, they hit us with Home, which became a #1 debut album in the UK for this global-platinum selling electronic act Rudimental. Since then, we've seen them raising the desert temperature at Coachella and back-to-back statewide sold out shows. Even their previous hit, "Give You Up" made it bigger landing on the FIFA 15 soundtrack, not to mention "Not Giving In" being used in several ESPN Sports promos and commercials. Just recently, with their latest single "Rumour Mill" now leading the way (including a Remix EP Package out this Friday), the foursome's eagerly awaited sophomore LP was announced. Titled, We The Generation and out October 2 via Major Toms/Big Beat, catch an exclusive behind-the-scenes process in this short 'Rudimental in Jamaica' video directed and produced by Dan Massie, showing these young musicians, still curious enough to incorporate that original rockers sound. As part of this upcoming album's highlights ("System"), they go to the source, inheriting the roots from foundational reggae, featuring veteran artists such as Max Romeo, Earl 16 and newcomer Chronixx, channeling the old into the new.

I've been sneaking a peep -- through my ears of course, over the last few days listening to the final 18-track LP. Track after track, it's heat after heat of electronic soul that'll keep you pumping to horns blended throughout songs such as the title track, or loungy sexy grooves on "Common Emotion" featuring MNEK. And it'll be hard (for me at least) to get past the ultimate, "Needn't Speak" featuring Lianne La Havas, which has a bouncy, jazzy beginning where for the first half, you'd think it's a simple chillout vibe. Then, what was once a simple beat carrying her haunting vocals swirling around the chorus hook, suddenly builds up and launches off to a rocket pace of booming Drum & Bass! Wheew! I'll tell you, these tunes can make your living room into your private dance floor or a personal gym for a solid work out. Easily. 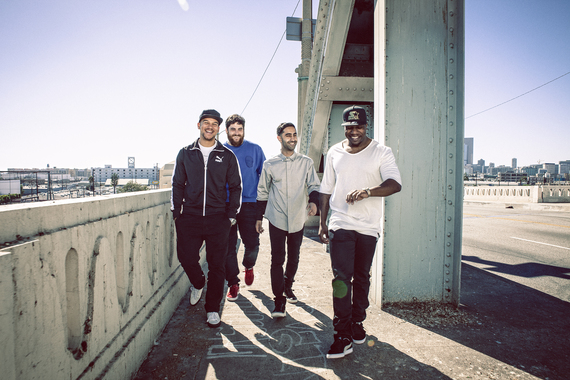 Check out some of their upcoming North American tour dates below for fall 2015!