Michael Eric Dyson joined HuffPost Live on Tuesday and explained why his public takedown of Cornel West, published this week in The New Republic, was "necessary," despite the "sense of hurt" that came with his break with the Princeton professor.

Although the academics have been friends for years -- West even wrote a letter of recommendation for Dyson's Princeton University graduate school application back in 1984 -- the two have parted ways over West's harsh critique of Obama and other black intellectuals.

Dyson defended his choice of venue to air his grievances, telling host Marc Lamont Hill he hopes others can learn from the debate. He explained:

You know what the old people used to say? "Where you did it is where you get it." So people say, "Why don't you do it in private?" Because [West's comments were] done in public. And the public character of what we're doing here is vital and necessary because the lessons that can be learned, either from my mistakes, either from my flaws, either from my failures and professor West's are instructive to other people, who will then learn. I'm not saying that therefore we have to mess up in order to clean up, so that we can have object lessons. I'm saying that in the engagement of these ideas, whether it's Langston Hughes, whether it's W.E.B. Du Bois, there's a long tradition.

Dyson also acknowledged that the rocky relationship between himself and his mentor has not been easy.

"Of course it's painful. Of course blood was shed," he said. "Of course there is unnecessary, undue harm that may be the consequence of this, for which I have to be held accountable. But at the same time, the issues are so deep and profound, and the negotiations of those tensions and conflicts and contradictions, I think, have to be grappled with in a public way that at least has some sheer or veneer of integrity."

Dyson said he has "always been willing" to hash out the issues in a sit-down conversation with West, but thus far West has "refused." 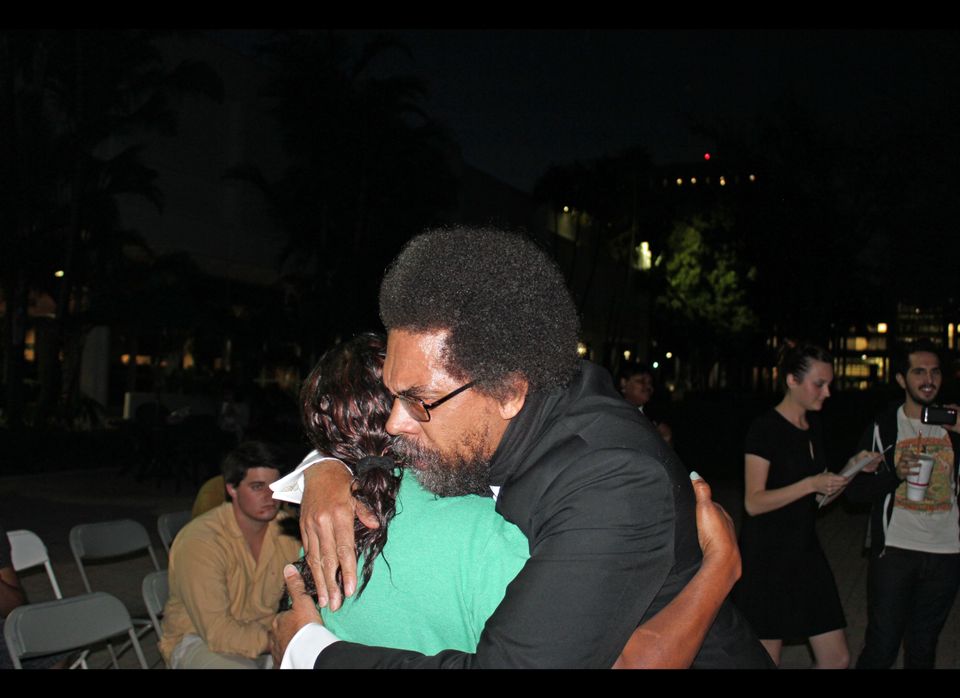