I once led a six-week leadership retreat for five self-directed learners ages 18-21. I rented them an apartment in the bustling town of Ashland, Oregon, helped them devise a clear set of learning goals for the retreat, and mentored them toward completing those goals using the approaches described in this book.

One student wanted to learn about biology and Kendo; another wanted to improve her photography and web design skills. So I sent them away to interview biologists, martial arts instructors, photographers, and designers. My students boldly introduced themselves to complete strangers, pushed themselves to learn both online and offline, and then blogged about their successes and failures, over and over again.

Those were just the weekdays. On the weekends, I sent the students out on wild adventures to build their self-directed resolve in some rather unusual ways.

For "hobo weekend," they hiked on train tracks (on which trains weren't actually running) to the local reservoir and camped out under tarps and thin blankets, a lesson in the importance of maintaining one's attitude in a difficult situation: like not having a home to return to at night.

For "travel weekend," I challenged teams of students to get as far away from our home base as possible, and back, in 48 hours with only $50. I showed them how to use the websites Craigslist (to find cheap rideshares) and Couchsurfing (to find free housing), gave them some safety protocols, and then sent them on their way. One team made it as far as San Francisco, a 700-mile round-trip.

For "entrepreneur weekend," the students attempted to earn as much money as possible using only $5 seed capital. For "paperclip weekend," they traded up a worthless starting object (a paperclip) into a more valuable one (a set of golf clubs) using only their wits.

For the final weekend, I gave them surprise one-way tickets on a Portland-bound Amtrak train, a to-do list with tasks drawn from previous retreat activities, and the challenge to eat, sleep, and get themselves back four days later, with a budget of only $80 each. (My program co-leader, Cameron, also boarded the train, trailing the group undetected with a fake moustache, as an extra safety measure.) Spoiler alert: they made it. 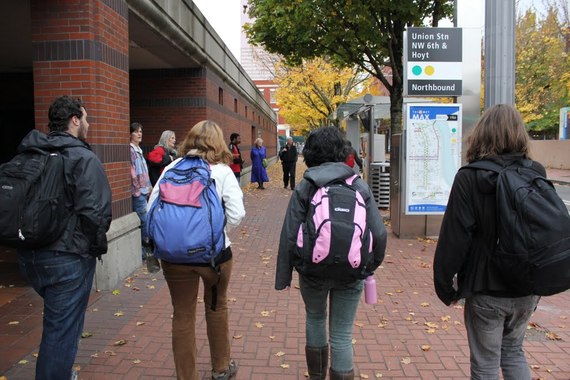 When the program ended, everyone went home happy--and I spent a long time asking myself why I ran it.

My leadership retreat combined some of the most fun and interesting activities I'd picked up over my years of hanging around innovative summer camps, Silicon Valley entrepreneurs, world travelers, and outdoor educators. I hadn't thought about how they fit together before I ran the program, but there had to be a common thread. What was it?

An excerpt from a blog post by the author Seth Godin finally nailed the answer for me:

An organization filled with honest, motivated, connected, eager, learning, experimenting, ethical and driven people will always defeat the one that merely has talent. Every time.

The world is full of places that try to teach "talent," school and college being the preeminent two. But the world has far fewer places that attempt to teach honesty, motivation, ethics, and the other traits Godin described.

Yet for many businesses and other enterprises, these traits ultimately matter more than talent. People get hired for professional skills and fired for personal skills.

That's when I realized that what I was teaching at the leadership retreat was what educators call meta-learning: the personal skills that help you learn effectively in complex and unpredictable environments.

The leadership retreat wasn't really about sleeping under a tarp or finding rideshares or learning biology or Kendo: it was about building resourcefulness, creativity, self-regulation, self-motivation, conscientiousness, and focus. It was about greeting a stranger, learning from a defeat, arguing one's case, and telling a good story. Meta-learning was the thread that connected all of my own formative educational experiences, and I was trying to pass that thread along.

The best teachers, mentors, and organizations don't just pour information into your head; they teach the meta-learning skills that help you learn how to learn. To find them, look for anyone who will teach you how to:

Seek out the teachers, coaches, and mentors in life who prefer to teach you how to fish instead of simply giving you a fish. 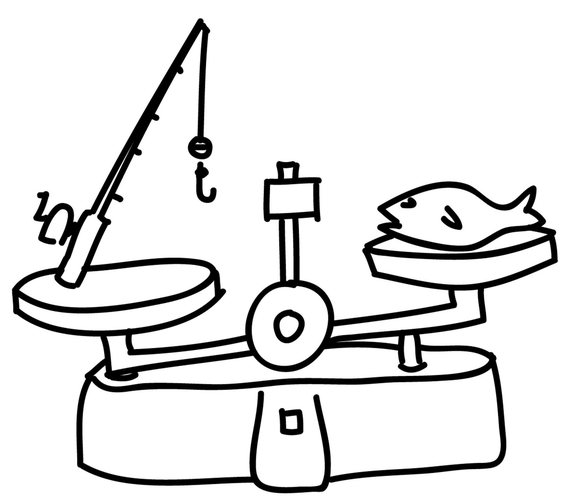 This is an excerpt from The Art of Self-Directed Learning by Blake Boles. The original chapter is titled "Learning How to Learn". Illustration by Shona Warwick-Smith.