If you ask Heather*, she'll tell you that overall she has a good marriage. She and her husband of 10 years get along and have fun together. They just don't have sex -- or at least they haven't in almost a year.

Heather, 32, told The Huffington Post that when she and her husband first met 15 years ago, they had sex anytime they could. But two years into their marriage, their sex life began to dwindle -- from multiple times a week to once every few months to once a year, with Heather as the sole initiator. Heather isn't happy about it, but her husband isn't interested in sex and doesn't want to talk about how to fix what she sees as a major problem.

"I get a variety of answers," Heather said. "He's not in the mood; he's tired; he has a stomachache."

She suspects he has low testosterone, but he refuses to see a doctor. When she brings up their lack of sex, her husband either shuts down or gets defensive. She's cried to him about how she feels unattractive, how she feels like they're just roommates. But Heather can't seem to get any sympathy or engagement, so she's just stopped trying -- she's tired of being rejected. 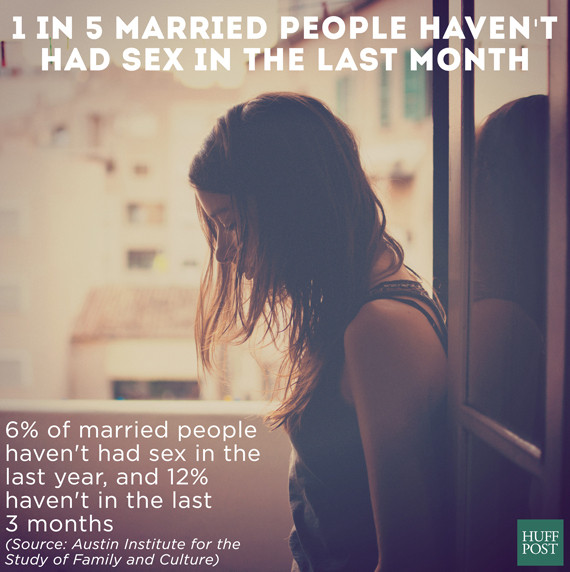 Women who want their husbands to want them feel a specific kind of shame.

If their husbands are conscientiously objecting to getting it on, many wives begin to wonder: What's wrong with me?

When Penny*, 43, met her husband 15 years ago, she said that they had an "instant, across-the-room attraction." Three years into their marriage, however, she noticed he stopped wanting sex. On occasions where Penny would expect intercourse to ensue, like an anniversary or a vacation, she says her husband would turn her down.

"It was devastating," Penny said. "I never thought that I was the most beautiful person in the room, but I felt attractive and strong in my sense of who I was [before this]."

Penny's husband isn't willing to talk about their sexless marriage or go to counseling. Penny has sought therapy on her own, which has allowed her to realize that the problem isn't about her or how attractive she is. She's calmly approached her husband over the years and encouraged him to seek out whatever medical help or counseling he may need, but he continually stonewalls her on the issue.

When she couldn't stand to be without intimacy any longer, Penny talked to her husband about seeking out an extramarital affair. She eventually began having sex with an acquaintance with her husband's full knowledge and acceptance. But that didn't fix her marriage's sexual communication issues and it certainly didn't alleviate her desire to be closer to her husband. They're now separated.

Some parents may not notice the sexual decline until their kids are older and require less attention. That was the case for Megan*, 30, a mother of three children. Megan was always the sexual aggressor in her relationship, but when childcare sapped her energy, she stopped instigating. She said that her husband is no longer interested in sex or physical affection and doesn't even notice her anymore.

Megan tried starting conversations about it -- she's sent him articles as a jumping off point and she even proposed getting "mommy makeover" plastic surgery if that would make her more appealing -- but she quickly became too demoralized to keep pushing the issue of ramping up their sex life.

"It's sort of like having to fish for a compliment," she said. "It doesn't seem sincere if you have to ask for it." 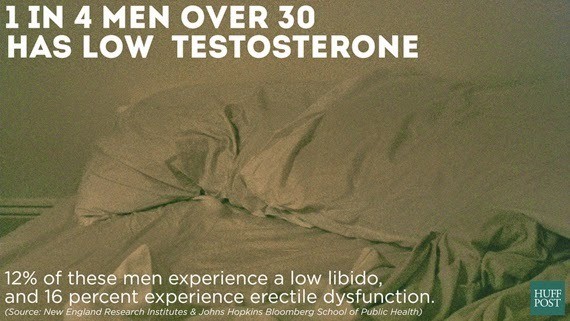 Of course, these stories reflect only one half of the complicated dynamic. Husbands feel their own brand of humiliation when they can't perform, whether it's a psychological roadblock or physiological issue. Common physiological causes for a drop in sexual desire in men include erectile dysfunction, medications (like antidepressants), brain chemistry issues and hormone imbalances (like low testosterone). On the psychological end, low interest can be related to depression, stress, anxiety or problems within the relationship itself.

Whether or not men decide to get help, however, is for the most part "partner-driven," according to Dr. Irwin Goldstein, director of the Sexual Medicine Program at Alvarado Hospital in San Diego. He told The Huffington Post that many of his patients are pretty apathetic about their personal drop in sex, but they seek treatment for the sake of their partner who might feel unloved or ignored.

The problem in these marriages isn't necessarily sex.

In many of these sexless marriages, the problem isn't only sex -- it's the husband's lack of empathy and inability to work through the issue with his distressed spouse.

"If there's something you really want so badly and your partner won't give you the time of day to even talk about it with you, generally that shows much more dysfunction than just sex," Rachel Sussman, a licensed psychotherapist and relationship expert, told HuffPost.

That said, she added that the way wives approach the issue can make all the difference. In her practice, Sussman has women verbally attack husbands by saying things like, "What's wrong with you?" or "What kind of man are you?" But aggressiveness, whether active or passive, is not the way to broach the issue.

"When you have two people who are angry at each other and who have hurt self-esteems, that is not a recipe for getting a sex life back on track," Sussman said.

She recommended that partners bring it up in a relaxed, loving environment -- perhaps over a glass of wine or when the kids go to bed. In a healthy relationship, she said, a partner will eventually engage. 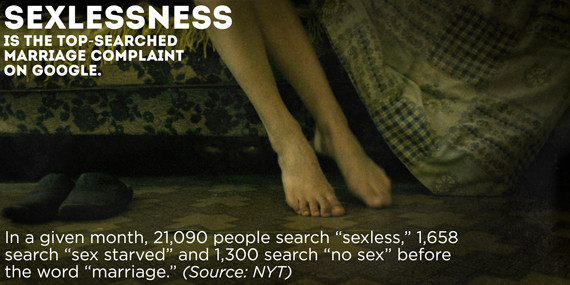 But when is it worth ending a marriage?

Many of the women HuffPost spoke to made sure to emphasize that, even though they're unhappy about their sex lives, they weren't ready to end their marriages.

But Patty*, 49, told HuffPost that her husband's unwillingness to address their sex issue is a sign of an immaturity that's causing major problems in other areas of their relationship. She and her husband haven't had sex in almost seven years, despite being "like bunnies" for the five years following their wedding.

"My marriage is in trouble, and I'm not sure how much he realizes it," Patty said "We're here to embark on a journey together. Sex is part of that journey."

There's no hard and fast timeline, but Sussman said that if after four to six months your partner is still stonewalling you, then it could be a matter of asking yourself: Am I willing to end my marriage over this?

If someone wants to make progress within a marriage, however, that has to start with a calm, open dialogue.

"Where there's a will, theres a way," Sussman said. "It's just a matter of getting someone willing."

*Last names have been withheld to protect the identities of the women interviewed for this article.

More:
marriage advicedivorce sex advicesex tipssexless
Newsletter Sign Up
A weekly guide to improving all of the relationships in your life
Subscribe to HuffPost’s relationships email
Successfully Subscribed!
Realness delivered to your inbox