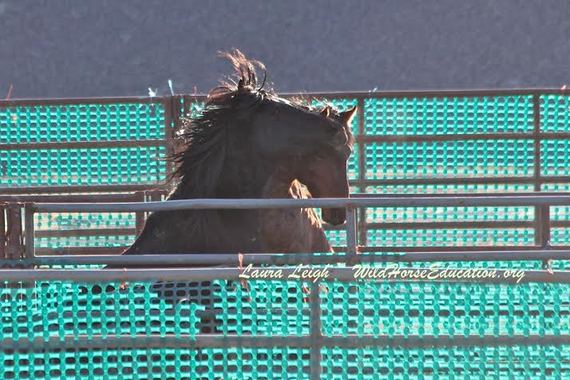 In a standoff worthy of a John Wayne movie, a group of "welfare" ranchers in Eureka County, Nev. is blocking the release of federally protected wild horses back to public lands after the Bureau of Land Management (BLM) treated the horses with a birth control vaccine. The standoff exposes the fault lines in the erupting debate over the management of our Western public lands.

Across the West, cattlemen graze their private livestock on our public lands for a fraction of market rate -- literally at a 90 percent or larger discount, thanks to tax subsidies. Imagine leasing office space for your business at 10 percent of market rental price and having other Americans foot the bill for the difference! The public lands livestock program produces less than three percent of our nation's beef, yet has cost taxpayers more than $1 billion over the past decade.

Ranchers who hold public lands grazing permits view wild horses as competition for their cheap, subsidized grazing. Cattlemen don't like to share, despite the fact that wild horses inhabit just 17 percent of the federal rangelands that are available for livestock grazing. And, on the small amount of land designated as mustang habitat, 80 percent of the forage is allocated to privately owned livestock instead of to federally protected wild horses. Even that is not enough for the welfare ranchers. They want to clear the public lands of wild horses -- not to mention wolves, mountain lions, coyotes and other animals -- and send taxpayers the bill for removing and destroying these native wildlife species!

Sadly, the cattlemen's influence with the BLM has created the current fiscal crisis caused by removing wild horses from the range in numbers that far exceed adoption demand, resulting in the warehousing of nearly 50,000 wild horses in government holding facilities. That's more mustangs in captivity than remain free in the wild!

The BLM's recent plan for wild horses living in the Fish Creek Herd Management Area (HMA) in Eureka County is indicative of an agency that is slowly becoming more responsive to the majority of Americans who want to keep wild horses wild. Humanely managing wild horses on the range with birth control is in line with both public opinion and the recommendations of the National Academy of Sciences (NAS) for improving the BLM Wild Horse and Burro Program.

But the ranchers don't like this one bit. Instead, they are fighting to maintain the status quo of rounding up wild horses en masse from public lands and stockpiling them in holding facilities, a practice the NAS recently deemed "expensive and unproductive." Better yet, from the ranchers' perspective, would be slaughtering these national icons. Led by Kevin Borba, who holds permits to graze cattle in the Fish Creek HMA, the ranchers and their political allies have filed an appeal with the U.S. Department of the Interior to stop the return of 186 Fish Creek wild horses to the range.

According to Laura Leigh of Wild Horse Education, who has been on site at Fish Creek, the Eureka ranchers have turned out in force to block the release of the horses. For now they have succeeded; instead of returning the horses to the wild last weekend, the BLM shipped them -- at taxpayer expense -- to holding facilities several hours away.

But times are changing. Our public lands belong to all Americans, and more and more Americans are speaking up for their protection. The outcome of the standoff in Eureka County will determine whether the public interest is going to prevail over the narrow interests of ranchers like Kevin Borba and outlaw Cliven Bundy in the Wild West.

Photo by Laura Leigh of Wild Horse Education of Fish Creek stallions awaiting release back to the public lands.