The Spirits of Itaparica from Lauri Lyons on Vimeo.

For most people the idea of Black History month is relegated to the African-American experience in the United States. While Africa and America are often recognized as the book ends of the African Diaspora, there is an additional link in the Middle Passage that is less publicized, but no less important. The central link in the Middle Passage is Brazil. Today Brazil has the largest population of Black origin outside of Africa, estimated at 90 million people. 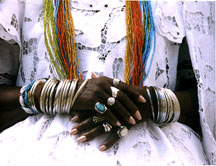 Starting around 1550, the Portuguese began trading slaves from the West African and Central African regions of Ghana, Benin, Nigeria, Angola, Congo and Mozambique. An estimated four million people, thirty seven percent of all the captured Africans forced into slavery, were settled in Brazil to work in the sugar plantations and mining industry. Slavery was the foundation of the Brazilian economy until 1888 when slavery was legally abolished.

As with all great migrations, the Africans that arrived in Brazil not only brought over their strength and beauty but also their music and cultural traditions. Their cultural traditions would inevitably blend with the Portuguese and Amerindian customs, to produce a unique cultural manifestation of its own.

The most famous Brazilian tradition is Carnaval. In the 1600's the Portuguese imported the practice of staging masquerade balls to Brazil. It did not take long for this annual celebration that takes place 40 days before Easter, became infused with African and Amerindian practices.

Over the years Carnaval has evolved into a wild smorgasbord of elaborate costumes, floats and drum squads known as blocos. For four days Carnaval unites thousands gyrating dancers to a samba beat. Samba is not only the official music and dance of Carnaval, but is also a linguistic remnant of the Africans in Brazil. The word samba means to dance and invoke the African spirits. Since the 1600's Brazilian Carnaval has captured the imagination of the entire world.

The cultural influence of Afro-Brazilians has consistently expanded from Carnaval into mainstream pop culture. In 1959 the film Black Orpheus, an updated tale of the Greek legend Orpheus and Eurydice, was released. The film was set in a Rio de Janeiro favela during Carnaval. The film brought Afro-Brazilians life to the attention of film audiences due to its vibrant depiction of Rio's favelas, and the film's sophisticated portrayal of Afro-Brazilian spirituality, sensuality, and poetic lyricism. For most audiences outside of Brazil, Black Orpheus was their first awareness of Black people living in South America. 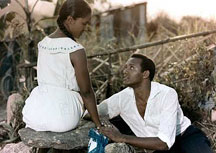 The film, starring an all Black cast, went on to become an international success, winning both an Oscar for Best Foreign Language Film and the Cannes Film Festival's Palme d'Or. To contextualize the impact of the film, one should consider the representation of African-Americans in Hollywood films circa 1959, to fully realize the contrast in tone and narrative.

Over the past fifty years many Brazilian films such as City of God and Favela Rising have increased the visibility of Afro-Brazilians in film. Since 2002, New York's Museum of Modern Art has hosted an annual Premiere Brazil film festival to showcase Brazil's filmmaking talents.

In the late 1960's an unusual confluence of art, music and politics merged into the art movement known as Tropicalia. The Tropicalia Movement thrived on the philosophy of 'cultural cannibalism', which was based on blending influences from all genres to create something new. In effect young artists began combining poetry, rock and roll, African rhythms and performance art to critique the political oppression of the Brazilian dictatorship.

Two of the most outspoken musical forces behind Tropicalia, were Caetano Veloso and Gilberto Gil. Due to their consistent critique of the government and their growing popularity, the two artists were considered to be a threat to the government. Consequently both artists were incarcerated and later exiled to London. 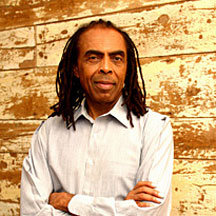 As time passed both Gilberto Gil and Caetano Veloso continued to fuse and experiment with musical genres, the Brazilian government also experimented with various forms of political evolutions. In an ironic twist of fate, Gilberto Gil a former political prisoner, was appointed as Brazil's Minister of Culture in 2003. During his tenor he created the Culture Points program, which provides arts education grants to underprivileged Brazilian children to become cultural visionaries and entrepreneurs.

Although Afro-Brazilians are a central part of Brazilian history an organized Black Consciousness Movement did not develop in Brazil until the 1970s. The Moviemento Negro as it was known as, was the equivalent of the Black Pride Movement in the U.S. At the forefront of the movement was Ile Aiye, an organization dedicated to the promotion of Afro-Brazilian culture and social empowerment in Brazil. 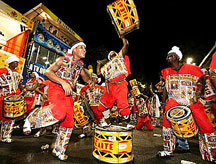 Ile Aiye literally burst onto the public radar in 1974, when their all Black carnival band became the first group to desegregate the Rio Carnaval Parade. Today Ile Aiye is one of the most recognized cultural organizations and carnival bands in the Americas.

To this day a powerful outlet for cultural expression continues to be music. As is the case with many parts of the world, Brazilian youth have become seduced by the powerful forces of two turntables and a microphone. Unlike today's mainstream American Hip-Hop culture that has been refined and commercialized over a generation, Brazil's Hip-Hop and Baile Funk scenes are raw and improvisational art forms that are still coming into being. The music is being produced and supported to a large degree by Afro-Brazilians living in underprivileged neighborhoods. The sound is loud, political, sexual and staunchly pro-African. 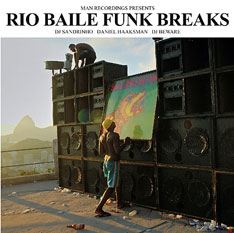 The Baile Funk and Hip-Hop scenes are at the most exciting point of evolution; the beginning. Salvador de Bahia, the epicenter of the largest Afro-Brazilian population in Brazil, broadcasted its first Hip-Hop public radio program in 2008. Within three months, Evolucao Hip-Hop became the number one radio program in Bahia.

Picking up on the public's demand for local Hip-Hop, Educadora FM organized Bahia's first Hip-Hop summit. At the event I witnessed hundreds of Brazilian B-boys, fierce breakdancing battles, and vast array of afros, braids and bling. That evening the South Bronx was newly resurrected in Brazil.

In 2016 Brazil will be the first Latin American country to host the Olympic Games. However, long before winning the Olympic Games, Brazil made it's mark in the sports arena numerous times. To say that Brazilians dominate soccer, the most popular sport in the world, would be an understatement. Brazilian's skills at soccer can only be outweighed by their passion for the sport. Due to that combination of skill and passion, Brazil is the only country to win the World Cup five times. 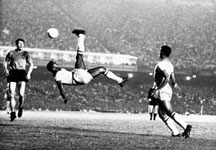 If Brazil is to be considered the kingdom of soccer than The King is most certainly the soccer legend Pele. Rising up from an impoverished childhood, Pele is recognized as the greatest athlete to play the sport. He first made his mark as a member of the famed Santos Futebol Clube. While on the team, Santos won three World Cup medals.

Pele's fame became so widely known, that during the 1967 Nigerian Civil War the warring factions agreed to a 48 hour ceasefire, so they could watch Pele play in an exhibition game in Lagos. Pele's signing to the New York Cosmos is credited for popularizing soccer in the United States. In Brazil the 'King of Football' is revered as a national treasure not only for his athletic prowess but also for his acute business acumen and his social advocacy and philanthropy for the poor.

Due to the development of vast natural resources, Brazil is expected to become the fifth largest economy in the world by 2015, and consequently the leading voice in Latin America. In a time of cultural diversity, one of the most unique resources Brazil has to offer is its African heritage in the Americas.

Lauri Lyons is the author of Flag: An American Story and Flag International.