Casa Casuarina, the Ocean Drive villa in Miami Beach where fashioner designer Gianni Versace lived and was murdered, is back on the market for $125 million.

Versace bought the Mediterranean-style villa at 1116 Ocean Drive in 1992. He then spent $33 million expanding and outfitting the property with features like museum-quality al frescos.

Five years later, however, serial killer Andrew Cunanan shot Versace twice in the back of the head on the villa's front steps.

In the years since, tourists have flocked to the site to snap photos of the murder site. It's even a stop on HistoryMiami's museum's "Mystery, Mayhem, and Vice" crime tour.

Current owner Peter Loftin, a telecom entrepreneur, bought the house for $19 million in 2000. It still has all of Versace's elements preserved and is now home to The Villa By Barton G hotel and restaurant.

In the news video above, Laren Schuker, of the Wall Street Journal, says the property can be used for either commercial or residential use.

Jill Hertzberg, who is representing Loftin with Jill Eber as the real estate duo known as The Jills, said in a press release "The Casa Casuarina is visually stunning, and is one of the most well known properties in the world. Whoever buys it will have instant celebrity.”

The house, originally built in 1930 by architect, philanthropist, author and political reformer, Alden Freeman, was designed after the oldest house in the Western hemisphere -- the “Alcázar de Colon” in the Dominican Republic.

When Freeman died, a man named Jacques Amsterdam bought the house in 1937 and named it “The Amsterdam Palace.” 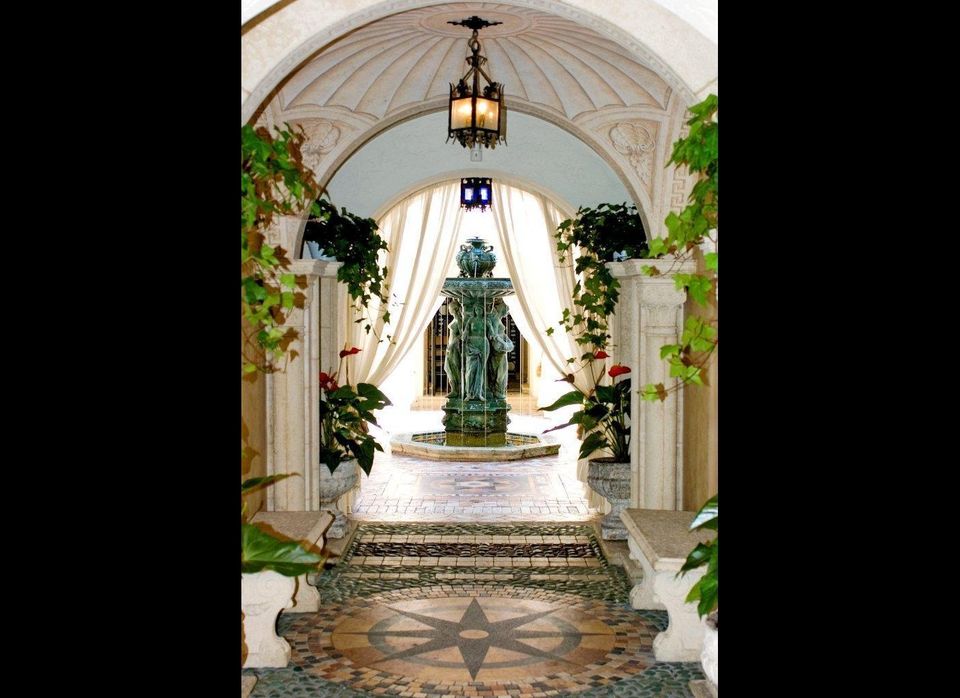