This year is a critical one -- as the world of objects is transformed into the digital world of bits and bytes.

So as I prepare to hop a flight to Vegas, here's a snapshot of categories and trends that I think will be important at CES this year.

Sure the iPad is a phenomenon, and sales in 2010 have been a remarkable 14 million units, with an estimated 25 million in 2011. But Apple is hardly alone in this space.

Acer, Dell, Lenovo and HP will all have Tablets on display. Samsung's Galaxy is already out there with an Android operating system. Tablets will turn all kinds of devices into apps, from ereaders to GPS.

Android will emerge strong and growing

The little green robot is a force to be reckoned with. Engineers have been embracing Android 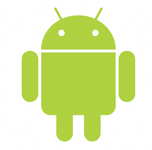 as the Linux standard for everything from set-top boxes to mobile phones. Google is a hydra-headed company, and while the press tends to focus on the devices that haven't worked; like the Nexus One (The Google Phone), the reality is that Android is to iOS what Microsoft was to Apple.

Sure, it's messy and less of a curated environment -- but it's on more devices, and in the hands of more developers than the closely held Apple eco-system. Expect some Android surprises at CES this year. 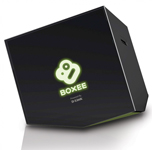 Sure, there have been so-called "Web apps" connected to flat screens for years at CES. But 2011 is the year that you'll see the flat screen connect to the Web, and to Web video. Most new models will come with either Ethernet or Wi-Fi connectivity to network internet access. This will be a major year for Netflix, Amazon Video on Demand, as well as Facebook and Twitter. Social viewing will be a major theme.

While devices like Boxee and Roku are going to be on display - I'd bet that the one to watch at CES 2011 is Google TV.

The big dog in this space, Google TV brings a Chrome browser and search to your HDTV screen. So far we've seen just the Logitech Revue box and the Sony Blu-ray player and HDTV's -- and the New York Times has reported that Google has asked manufacturers to not push Google TV at CES -- but it will be there all the same. In fact, the Google TV SDK for developers isn't even released yet- which means the Android developer community has get to started building all the nifty APPS that should make Google TV really soar. 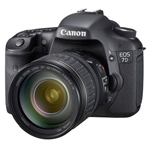 bigger. Who would have guessed that big, heavy, long lens Digital SLR cameras would be selling like hotcakes? Well, they are -- and there's little chance of those sales slowing down. This year will be BIG for the DSLR market with better image sensors, smarter software, on board GPS for location aware photographs, and even 3D image capture.

And, as the difference between true video camcorders and DSLR's narrows -- expect to see more camera with 1920 x 1080 full 24 Mbps begin to turn up on the show floor.

Oh, and 3D Isn't Dead -- it's just getting started

OK, let's admit it. The geeky 3D glasses kind of suck.They're uncomfortable, and expensive. At

$150 a pair, the active shutter glasses seem to be a real barrier to 3D. But this CES will see the first autostereoscopic 3D TVs that don't require any glasses at all. Toshiba is selling two small-screen models in Japan, and will show off the technology at CES. Expect long lines at the Toshiba booth.

Overall 2011 will see hardware evolve, software emerge, and social media take center stage at the Consumer Electronics Show. Apple, always anxious to stand out from the crowd, will continue its long standing policy of skipping CES. Leaving everyone to wonder what the next 'Special' event from the market-leading hardware manufacturer will be. A Verizon iPhone and a new iPad both seem to be on the horizon, but knowing Apple, a surprise isn't out of the question as well.

Steven Rosenbaum is a Curator, Author, Filmmaker and Entrepreneur. He is the CEO of Magnify.net, a Realtime Video Curation engine for publishers, brands, and Websites. His book "Curation Nation" is slated to be published this spring by McGrawHill Business. www.CurationNation.org