If you had never heard about Russian figure skater Evgeni Plushenko until the start of the 2014 Sochi Olympics then you might be wondering what all the fuss is about. You might be wondering why the crowd in Sochi was so absolutely stunned by his withdrawal from the Olympic men's short program and the subsequent announcement of his retirement on Thursday.

Rest assured, Plushenko is more than deserving of the attention. Not only did his early performances in Sochi help Russia win the inaugural gold medal in the Olympic team figure skating competition but they also earned him an unprecedented fourth Olympic medal in his fourth Olympic appearance.

That final gold medal capped off an incredible figure skating career that spanned 17 years -- pretty much unheard-of longevity in the sport.

In honor of the Russian legend's amazing run, we rounded up 11 of his most noteworthy moments on the ice.

1997: At the age of 14, Plushenko, already with a solid triple axel in his arsenal, won the Junior World Championships.

1998: Plushenko won the bronze medal at his first World Championships at the elite level at age 15. After winning a silver medal at his first European Championships, he was rightly heralded as a rising teen phenom. The following year at the Worlds, he climbed to second place, just behind his Russian rival Alexei Yagudin. He became the youngest male skater to earn a perfect 6.0 mark at the age of 16.

2000: Plushenko defeated Yagudin at the European Championships. Despite finishing out of the top three at the World Championships, he established himself as a major contender. Look at that sensational quad jump!

2001: Plushenko won his first World Championship over Yagudin with this incredible performance.

2001: Plushenko's first world title was followed by an even more incredible gala exhibition to Tom Jones' "Sex Bomb" -- which was recently remixed and set to Ginuwine's "Pony" in a big win for the Internet.

2002: Competing in his first Winter Olympic Games, he placed second to Yagudin thanks to a fall in his Michael Jackson short program. His "Carmen" free skate was undeniably epic and dramatic, however.

2006: Following an injury that caused his withdrawal from the 2005 World Championships, Plushenko returned for his second Olympics and won the gold medal in Italy.

2010: After a lengthy hiatus, Plushenko competed in his third Olympics and placed second to American Evan Lysacek. His short program score broke a world record.

2012: Plushenko skated largely in shows after his third Olympics, but opted to gear up to return to skate in his home country in Sochi in 2014. He won his seventh European championship in his first competition since 2010. Here's his "Tango de Roxanne" winning performance:

2014: At the age of 31, Plushenko skated well enough at the 2014 Russian Championships, winning the short program (embedded below), to make the Olympic team. In Sochi, he was part of the gold medal-winning Russian team but withdrew from the individual men's event after aggravating a back injury. 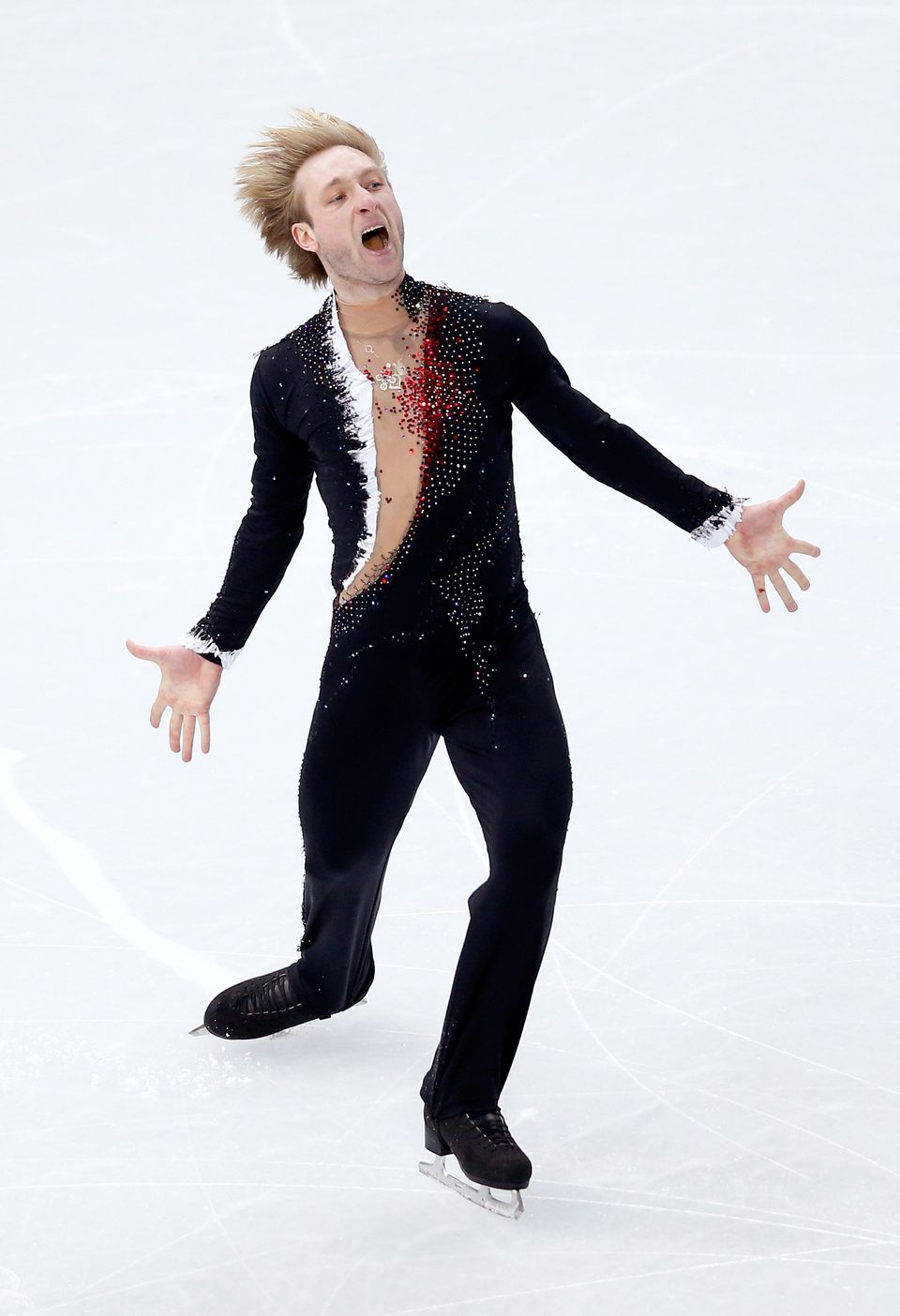