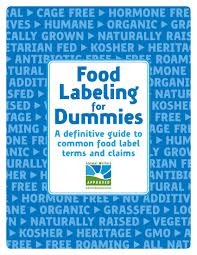 Pick up a pack of beef or a carton of eggs in any supermarket and the chances are the label will proudly display a bucolic farm scene and one of a range of positive sounding claims -- usually implying that the food is produced with animal welfare or the environment in mind.

As consumer interest in how our food is produced has increased, so too has the use of subtle imagery of happy livestock grazing in lush pastures on food packaging. They're backed up by claims like "all natural," "cage free" and "organic." Yet in many cases these labels bear no resemblance whatsoever to how the animals are raised.

Related: Room to roam? Fine, but here's why that's not enough


While you might think you're buying food that's better for animals, for the environment, and/or for your health, the sad truth is that many of the terms and claims on meat, milk and eggs actually mean very little. They are used to hide the same old intensive farming systems that have been used for decades, a billion-dollar business that does not have animal welfare on its short list of priorities.

The intensive farming industry doesn't want you to know what goes on behind its locked gates, because the chances are if you did, you wouldn't want to touch your food -- let alone eat it. If food manufacturers were legally required to use actual images from the farming systems, most standard egg cartons would be adorned with horrific images of row upon row of caged hens, all with their beaks trimmed to prevent them pecking each other. Pork products would display images of pigs packed indoors in concrete-floored pens, the sows confined in gestation crates. Most of the beef products would have to show the thousands -- sometimes tens of thousands -- of cattle crammed together on each of the Concentrated Animal Feeding Operations (CAFOs) that supply 90% of all U.S. beef, where they have no access to pasture and are fed an unhealthy diet of corn and grain and antibiotic growth promoters.

Two of the most common terms you'll find on meat products are "All Natural" and "Naturally Raised." Both terms arguably suggest that livestock have a "natural" life, with access to pasture. Yet the term "All Natural" has nothing to do with how an animal was raised and simply means the product contains no artificial ingredients or added colors, and that it was minimally processed. "All Natural" ground beef in stores almost certainly comes from cattle who spent their last three to six months on a dirt-yard CAFO. And while manufacturers who use the "Naturally Raised" label must take steps to ensure the livestock involved were raised without growth promotants and not fed animal byproducts, the animals are usually confined in feedlots or cages. Although there are no independent checks to make sure the rules are being followed.


"Cage free" eggs are becoming increasingly popular as more people refuse to buy eggs from battery cage systems. While "cage free" eggs may come from hens raised without cages, they almost all spend their lives indoors in vast barns or warehouses with thousands of other hens in overcrowded, unhealthy conditions, and receive routine antibiotics to prevent the spread of disease. As the "cage free" hens still don't have much space to move around, beak cutting is routinely practiced on them as well, to stop them from pecking each other to death.

Many people put their faith in the "certified organic" logo. Yet an increasing number of headlines show unscrupulous operators are exploiting the weaknesses in the organic rules to introduce practices associated with industrial farming. In 2010, the Cornucopia Institute investigated organic egg production and found numerous instances across the U.S. where industrial-scale operations were managing thousands of hens in single houses without offering adequate access to the outdoors -- yet they could legally sell their eggs as organic. These operations make a mockery of the organic principles and threaten the livelihoods of countless real organic poultry farmers who are farming to the high standards consumers rightly expect.

Related: The flip side ... Are corporate farmers much different from idealized ones?

There are even problems among some of the "humane" certified labels. Despite claims that products carrying the American Humane Certified label have met rigorous welfare standards, this animal welfare certification supports caged production for chickens and doesn't require pasture access for any farmed species. Hardly what most people would consider "humane" practice.

So how can you spot a meaningful label from a spurious claim? Animal Welfare Approved -- the industry leader in auditing and certifying family farms to the highest welfare standards -- has published "Food Labeling for Dummies." This free 16-page guide is designed to help decipher the most common terms and claims found on food packaging and, most important, determine whether they have been independently verified. Download a free copy or call (800) 373-8806.

Andrew Gunther is Program Director at Animal Welfare Approved, a nonprofit program that audits, certifies, supports and promotes family farmers raising their animals under the highest welfare standards, outdoors on pastures or ranges. The AWA standards have been rated "most stringent" by the World Society for the Protection of Animals.
Photos, from top: Food guide, and Andrew Gunther, courtesy of Animal Welfare Approved

» What are the hottest Zester Daily stories of the year?

» When a husband-wife team breaks up, how does it affect the cookbook "Burma"?

» How does a pudding recipe bridge cultures in Turkey?

» What's the creative fusion behind the Indian recipe Alissa?