René Lacerte is CEO and co-founder of Bill.com, the nation's largest business payment network with over 500,000 members and more than $12 billion in annual payments. In 2014, his company was named one of the best places to work by the San Francisco Business Times.

He is a frequent public speaker and winner of several executive awards including the 2013 Emergence Award. Rene is also an avid runner, father of two great kids, and a fourth generation entrepreneur in financial products. After selling his previous payroll software company to Intuit for $170M, he started Bill.com to save time, eliminate paper and end the hassles associated with business payments. 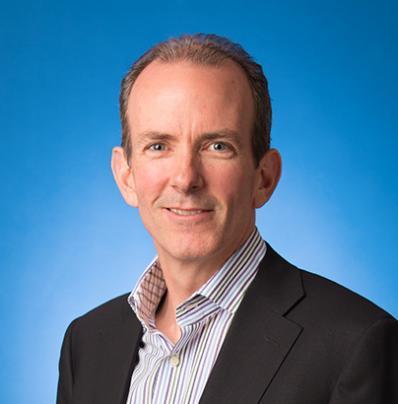 RL: Entrepreneurship - at its core - is creating something out of nothing. The really hard work begins after planting the seed and then working hard (sometimes for decades) to reach your vision. It requires commitment to a vision as well as commitment to the personal growth to lead the company towards its potential.

Successful entrepreneurs have a strong vision and tremendous work ethic. They understand that they are only as good as the people they surround themselves with, they work to build a culture that attracts the best people as well as makes them better. They respect the risks involved in starting a company - but are not afraid of them. They connect dots about technology, trends, and people before others do and call it intuition, but usually have data to support their position if you ask. Finally, successful entrepreneurs are competitive and like to win.

RL: I am most proud of how customers and employees talk about the companies I have started, PayCycle and Bill.com. Customers consistently rank our product and service as world class and tell us that we "changed" the game for them. Employees have voted both companies as "best places to work in the bay area" and all of my investors from the first company have "doubled down" with me in the second.

If I could do something over in my life, I would have somehow learned all of the above before starting my first company, PayCycle. First time entrepreneurs make a lot of mistakes that sometimes keep them from reaching their original vision.

RL: In the fall of 2008, the financial crisis was starting to unfold. Bill.com had $8M in the bank and the plan was to raise capital in March of 2009. I received a copy of the "Sequoia" deck that suggested, if companies didn't act fast, they would soon be in the graveyard. I didn't agree with everything in the presentation, but enough of it made sense. Within 2 weeks, I came up with a plan that reduced staff by 40% and had acted on it. While the board approved that this decision was the right thing to do, I was the one leading the decision. It was emotionally, very hard for everyone and I felt like I was going against the flow as no other companies that I knew were reacting that quickly.

When I told the employees, we called everyone together, and I shared the global economic indicators that made me pause, and then I personally met with each employee whose position was being eliminated. This was definitely not an easy decision to make but we then had the capital to last until Sept of 2009. We then raised money in August of 2009.

Q: How do you see the digitization of payments changing small business in the next 5-10 years?

RL: Businesses still pay 70 percent or more of their bills via paper checks. The primary reason is that businesses collaborate around transactions using paper/manual processes as a control mechanism. With technology making more and more of our life collaborative with customizable shared databases and shared user experiences, businesses will find that they can receive more control and more insight around their transactions all while saving a great deal of time. Over the next 10 years, the digitization of business payments will simplify how business is done, enabling even more greatness from our entrepreneurs.

Q: LinkedIn style - If you were to give advice to your 22 old self, what would it be?

RL: Learn to get comfortable with your gut and to then lead with it. Whether it is hiring, strategy, marketing, product or partnerships, everyone is looking for leaders to lead them. So lead.

Follow René Lacerte at @rlacerte, and check out the other interviews in Going Against the Flow series at http://www.huffingtonpost.com/charu-sharma/ or thestartupsutra.com.