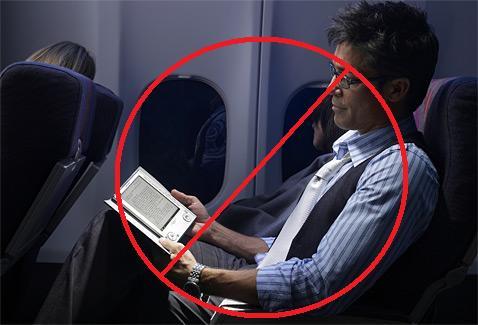 It is an outrageous act of snobbery. Of short-sightedness. Of knee-jerk small-minded reactionary head-burying ignorance and, worst of all, not appreciating the fundamental tenets of today's marketplace.

In 2009, the customer is king. Unfortunately for the literary world, a few publishers have decided to treat their best customers like crap.

Last week, Simon & Schuster, Hatchette, and HarperCollins announced they will delay the release of leading e-books until several months after a hardcover version of said book is released. Essentially, this means that power-readers--who love books, and buy a lot of books, and tell their friends which books they should get, and influence purchasing decisions far and wide by spreading their opinions through Facebook and Twitter and blogs, and even shell out several hundred bucks for an e-reader so they can buy whatever they want impulsively whenever they want it, because they love books that much--cannot get the latest hot book releases on the device of their choosing.

That is a massive mistake.

Disclosures: my dad, David O. Stewart, is a happy S&S author. I'm a novelist, and, assuming they fix this--and I have to think they will--I'd be honored to sell a book to these publishers someday (my debut novel, The French Revolution, is coming out with Soft Skull Press in July 2010).

But they are defending the buggywhip here, and it's excruciating to watch.

Imagine if airlines gave their biggest frequent flier customers the worst seats on the plane. If iPhone owners had to wait six months to download the latest tunes. If owners of hybrid vehicles had to pay double for insurance. If loyal Starbucks customers had to pay more for bringing in their own reusable coffee cup. If people using electronic toll-paying had to pay a surplus and wait in a longer line.

These are all idiotic ideas, certain to ruin relationships with each industry's biggest advocates, devastate the bottom line, and get top-level executives axed. So why do these publishers think they're exceptional?

In short: fear, a dose of snobbery, and--the most discouraging component--a failure of imagination.

Right now, Amazon dominates the e-book marketplace. They're charging $9.99 per e-book, and selling them for a loss. Publishers rightfully fear that one day Amazon will force them to cut prices on e-books. Amazon has a reputation for driving a hard bargain with publishers, and these publishers would like to sidestep unfavorable terms where it can--an understandable position.

What's a lot less understandable is the publishers' guiding battle plan: that they'll avoid a reckoning with Amazon by making e-books less attractive and harder to get.

Anybody who has an iPhone can tell you about terrific apps and songs they've bought impulsively, with three clicks, which they never would've bought had they had to wait. By denying the value of e-books, S&S, Hatchette and HarperCollins will make it harder for their power-readers to buy from them, to champion their books, to spread literary joy quickly and easily.

That's right: they want to make it harder to buy their product.

Did nobody object when this idea was brought up? Seriously?

There's a serious snobbish tincture to this logic too--the assumption that when faced with no e-book, power-readers will buy the hardcover instead. That's a false choice. Sure, a few may write themselves a note to buy the book later, but the vast majority will just buy a different book that they can get easily, or download a movie or TV show on iTunes instead. There's more than enough terrific content out there to keep us busy without schlepping out to a bookstore or remembering to surf over to Amazon later.

In the meantime, it's common to see the publishing industry "hope" things will get better. That's not going to work. Don't deny the future--innovate to dominate it. Tap that imagination that makes you such good storytellers. Renegotiate with Amazon; work with Apple to make sure their impending digital store is fairer; launch the publishing equivalent of Orbitz, an industry-built platform to sell directly to consumers. Be proactive; use your tremendous brainpower to create rather than reject.

And, ultimately, create a viable business model that doesn't alienate your biggest fans.